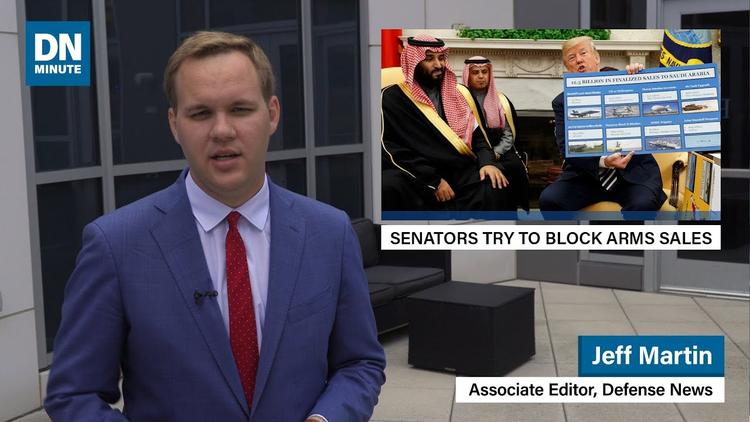 Ann Arbor (Informed Comment) – Dan De Luce at NBC News reports on a bipartisan attempt in Congress to block Trump’s sidelining of the legislature in fast-tracking an $8 bn arms sale to Saudi Arabia that includes components useful in building ballistic missiles. Secretary of State Mike Pompeo justified the step on the grounds of a security threat from Iran. (Iran has not aggressively invaded another country in modern history; Saudi Arabia launched an ongoing war on Yemen in 2015).

The Constitution gives Congress control of the purse strings, and a provision of the Foreign Assistance Act allows Congress to request a report on the human rights record of the recipient country. The move to restore congressional oversight is being led by Sens. Todd Young (R-Ind.) and Chris Murphy (D-Conn.) Sen. Bob Menendez (D-NJ), the minority leader of the Senate Select Committee on Foreign Affairs, is also a leader of the movement. Obviously, Congressional Democrats will overwhelmingly vote for the measure, but the question is how many Republicans will break ranks with the administration. Sen. Lindsay Graham (R-SC) has joined the effort, but that may simply suggest it is a quixotic enterprise, since the senator is notoriously erratic.

Congress is angry about the brutal murder of Saudi dissident journalist Jamal Khashoggi at the Saudi consulate in Istanbul in October of 2018, about which Trump has declined to produce the necessary report. There have also long been pro-Israel members of Congress who are nervous about helping the Kingdom to build sophisticated weapons systems. A third consideration is disgust at the Yemen War. Sen. Bernie Sanders was among the leaders of a move to legislate the end of US technical support for that ruinous war, a move which won in both Houses but which was vetoed by Trump without there being the votes for an override.

Two structural constraints are operating with regard to this attempt to cancel the Saudi arms deal. One is that a majority of Republicans in both houses of Congress have been unwilling to criticize Trump or to work against one of his presidential initiatives. The other is that Congress has on too many occasions found ways of offloading its own constitutional responsibilities onto the president. This way of proceeding, has often reduced the exposure of congressmen with regard to issues controversial in their districts. But Trump has taken advantage of all of these accumulated presidential de facto powers to sidestep Congress, and it is time for the latter to confront the president and strip him of these unconstitutional prerogatives.