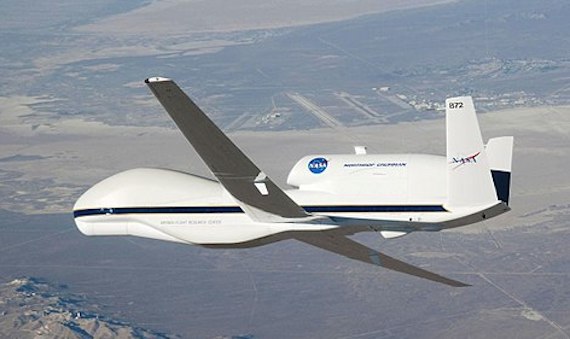 Ann Arbor (Informed Comment) – The warmongers on Trump’s national security team apparently convinced him to set in motion an aerial strike against Iran Thursday in retaliation for the downing of a US drone over waters claimed by Iran.

Then at the last minute, Michael D. Shear, Eric Schmitt, Michael Crowley and Maggie Haberman at the NYT report, Trump seems to have listened to generals who warned him that things could spiral out of control, even into war. He issued a stand down order. At least for now.

It isn’t even clear that there was a casus belli. On domestic issues, the US press is locked into an one the one hand, on the other hand disastrous story-telling mode that has enormously benefited those pushing falsehoods such as that cigarettes don’t cause cancer or putting greenhouse gases into the atmosphere does not cause global heating.

Yet, when it comes to reporting on international security affairs, most US reporting does not fall more than an inch from the Pentagon line of the day (often this dishonesty is the work of editors and publisher-owners rather than the fault of news-gathering reporters, as we saw at McClatchy during the Iraq War).

We heard all about the way Trump attempted to walk back his tough talk, saying that he was sure that Iran shot down the US drone by accident. The statement, like his later stand down order, is a clear sign of the division between him and his warmongering appointees, such as Secretary of State Mike Pompeo and national security adviser John Bolton.

Trump created this crisis by breaching the 2015 Iran nuclear deal. Having pocketed Iran’s mothballing of 80 percent of its uranium enrichment program, Trump slapped the harshest sanctions ever seen against any country on Iran, unilaterally and in the teeth of opposition from NATO allies and the permanent members of the UN Security Council. In other words, he screwed Iran over. Europe cannot stop the US sanctions, since they are third-party sanctions and European firms who do business both in the US and in Iran will be fined billions of dollars for their dealings with Tehran.

So Trump’s attempts to back peddle from his hard liners are useless as long as the US has a financial blockade on Iran preventing it from selling its petroleum. A naval blockade preventing a country from exporting a key commodity is considered an act of war in international law. It is hard to see the difference between that and an effective financial blockade. Same outcome.

The US press almost never interviews non-US world leaders, especially those to whom Washington is hostile. It is almost as though when it comes to national security reporting, American news outlets go into war propaganda mode. Warmongers in high office know all about this phenomenon and use it to get the wars they crave.

So with regard to the shooting down of the US drone by Iran, I think it is important to hear the Iranian side of the story. It may be false, it may be Iranian war propaganda. We can decide that once we’ve heard it.

BBC Monitoring translated from a Persian website the statement from the Iranian Revolutionary Guards Corps:

“The Global Hawk surveillance drone took off from one the US bases in the south of the Persian Gulf at 0014 [1944 gmt] and disabled its identification system in a move contravening aviation regulations. It secretly flew from the Strait of Hormuz to Chabahar and on its way back travelling westward, the unmanned aerial vehicle violated the territory of the Islamic Republic of Iran in the region of Strait of Hormuz and started collecting information and spying,” IRGC’s statement read . . At 0405 [2335 gmt] and while the intrusive plane was inside our territories, the Guard’s aerospace defence unit shot it down.”
Source: Fars News Agency website, Tehran, in Persian 0919 gmt 20 Jun 19

In another report, Iran’s news service said that a 3 Khordad anti-aircraft missile was deployed against the drone.

If Iran is right that the drone flew into Iranian territory, the incident is still an unfortunate raising of tensions. But if it was over international waters, as the US maintains, Iran was in the wrong.

One problem for these definitions is that the US, in accordance with the 1982 United Nations Convention on the Law of the Sea, recognizes only 12 nautical miles off the coast as belonging to the country, whereas many nations claim a much larger portion of the sea along their coasts than that. The US Air Force says that the drone was never closer to the Iranian coast than 21 nautical miles. One of the unfortunate consequences of the hostility of Trump and his capos like John Bolton to the UN and international law is that it makes it harder for the US to insist with a straight face that other countries take these things seriously. Bolton once denied that the UN even exists.

In the absence of an agreement on the UN definition of territorial waters, some sort of US Iran bilateral negotiations would be preferable to cowboying it.

Again, this crisis is of Trump’s making. His conviction that he could stiff Iran without consequences, all for the sake of looking tough with his MAGA base, was a serious miscalculation. It is the problem with having an ignorant and yet opinionated man at the helm of the US government. He is guaranteed to make basic mistakes that put the US on a war footing even though that appears to be the last thing Trump wants.

Unfortunately, Iran will provoke again, and next time the US warmongers may win the argument.