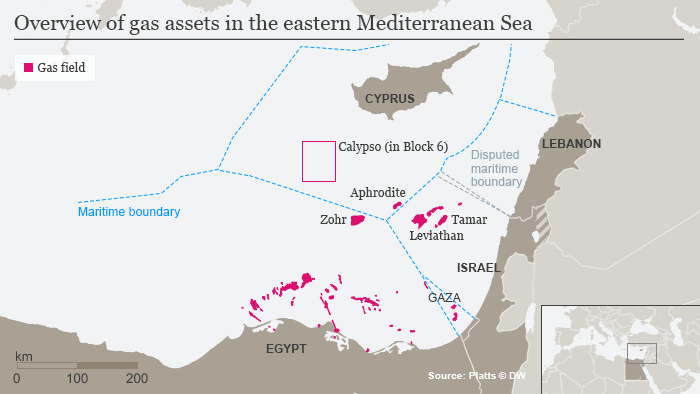 The US Ambassador to Cyprus, Judith Garber, has expressed her deep concerns over Turkey’s continued drilling off the coast of Cyprus, and urged Turkey to halt the operations exploring energy reserves in the surrounding waters.

Garber made the remarks yesterday evening at the Independence Day reception held at the US Embassy in Nicosia, while in the presence of the President of southern Cyprus, Nicos Anastasiades. She reiterated her support for the Republic and reassured them that the US recognises its right to develop and exploit resources within its “exclusive economic zone” (EEZ).

The resources in question are the vast gas and energy reserves discovered first in Egyptian waters and then in Cypriot waters in recent years, particularly the untouched and un-marketed 4.5 trillion cubic feet (127 billion cubic metres) of gas discovered off the southern coast of Cyprus in 2011. Then in February this year, the companies Exxon Mobil and Qatar Petroleum discovered an estimated five to eight cubic feet of natural gas off the coast of the island.

In her remarks, Garber also touched on the concept of a possible agreement between the Greek and Turkish sides of the island, stating that “resources should be equitably shared between both communities in the context of an overall settlement,” Garber added. “It is our earnest hope that such resources will soon benefit a united Cyprus.”

This, however, does not seem likely, as such vast reserves have prompted a recently-signed deal between Greece, Cyprus and Israel to build the newly planned Eastern Mediterranean (EastMed) pipeline, which would supply gas to European countries and subsequently allow them to decrease their reliance on gas from other sources such as Russia. The deal will mean Cyprus will earn $9.3 billion over 18 years of the reserve’s production.

This new tripartite deal, backed by the US, has angered Turkey, causing it to send drilling vessels into Cyprus’s EEZ last month, announcing that it will begin the work of exploring more energy reserves.