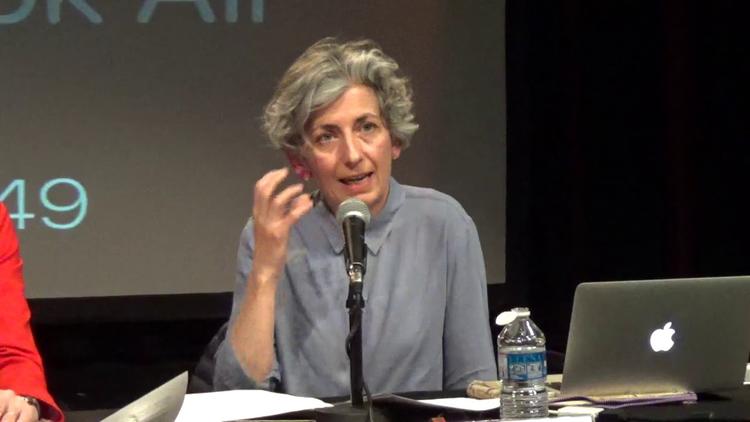 We write on behalf of the Middle East Studies Association (MESA) of North America and its Committee on Academic Freedom to express our alarm at recent developments in the prosecution of scholars who signed the declaration “We will not be a party to this crime”—commonly referred to as the “Academics for Peace Petition.” In numerous previous letters, we have criticized the broad pattern of persecution of petition signatories and other academics under your government particularly over the course of the last three years. We write now again to respectfully urge your government to desist from repressing academic freedom and freedom of expression for scholars, researchers, and both undergraduate and graduate students in Turkey. In particular, we call on your government to desist from the prosecution of petition signatories and abandon the expansive interpretation of anti-terrorism provisions—extending to many forms of peaceful advocacy—that stifles critical inquiry, scholarly research and political dissent in your country.

MESA was founded in 1966 to promote scholarship and teaching on the Middle East and North Africa. The preeminent organization in the field, the Association publishes the International Journal of Middle East Studies and has more than 2500 members worldwide. MESA is committed to ensuring academic freedom and freedom of expression, both within the region and in connection with the study of the region in North America and elsewhere.

Of the 6 academics who declined to have their sentences suspended, one has now been imprisoned. Dr. Füsun Üstel is a distinguished academic who received her BA and PhD from Ankara University School of Political Sciences and has served on the teaching faculty of both Ankara University and Galatasaray University. She has written numerous articles and books on Turkish nationalism and national identity, and is an established and well-regarded scholar. Dr. Üstel became the first peace petition signatory to begin a prison sentence when she submitted herself to Eskişehir Women’s Closed Prison to serve her 15-month sentence on 8 May 2019. Her prison sentence was previously upheld on appeal by the 3rd Panel Chamber of the Istanbul Regional Court of Justice on 25 February 2019. Article 107/4 of Law no. 5275 on the Execution of Sentences and Security Measures states that people who are sentenced to prison “on terror charges” are required to serve three quarters of their prison terms in penal institutions. Hence, Dr. Üstel will be held in prison for 11 months before being eligible for release on probation.

Among those academics sentenced to 25 months and thus denied the possibility of suspended sentence is Ayşe Gül Altınay, Professor and Director of Gender Studies at Sabancı University, Istanbul. Altınay received her PhD from Duke University and published on militarism, memory, violence, gender and sexuality, including Women Mobilizing Memory (forthcoming, Columbia University Press, 2019). Another academic facing a 25-month sentence is Leyla Neyzi, also Professor at Sabancı University. Neyzi received her PhD from Cornell University and was the recipient of MESA’s Malcolm H. Kerr dissertation award in 1992. She has published on oral history, memory studies, youth and social movements. As is evident from these short descriptions, your government is electing to threaten with lengthy prison sentences some of the leading scholars in your country.

The arbitrariness of the court decisions that impose varying lengths of sentence on individuals being prosecuted on the same charges has been on full display this spring. In one striking example, on 27 March 2019, the İstanbul 27th Heavy Penal Court announced 15-month sentences against two academics on charges of “propagandizing for a terrorist organization” pursuant to Article 7/2 of the Anti-Terror Law. Yet the same court on the same date also sentenced academic Ali Kerem Saysel to 2 years and 6 months in prison on the same charges. Dr. Saysel, Professor of Environmental Sciences and Head of the Division of Environmental Sciences at Boğaziçi University, is an associate editor of the System Dynamics Review and is lead author for the United Nation’s Intergovernmental Science-Policy Platform on Biodiversity and Ecosystem Services (IPBES)’s first global assessment. In short, an academic of international renown, Saysel was given a lengthier prison sentence on what appears to be entirely arbitrary grounds. The prison sentence of Saysel was differentiated in the Court’s minutes from the other two with a notation concerning “the gravity of intent,” aggravating his sentence without offering substantiating evidence. While this lengthy sentence cannot be suspended, Saysel is currently appealing the judgment. His colleague at Boğaziçi University, Koray Çalışkan, was subsequently also given a lengthy sentence of two years and three months – this time by the 37th Istanbul Heavy Penal Court on 10 April 2019. We have written to you on prior occasions when Dr. Çalışkan faced harsh treatment by your government; we note, once again, that like others who have been singled out for heavier sentences, he is being subjected to arbitrary and unjust punishment for engaging in protected activities.

The arbitrary nature of the sentences issued in the cases against petition signatories was also evident on 20 March 2019 when the Istanbul 27th High Criminal Court issued four sentences to four signatories, each of whom was on trial for the same act of signing the same petition that demanded peace. Whereas two of the signatories received 15 months and a third received 18 months, the fourth was sentenced to two years and six months in prison. While the first three sentences have been suspended, effectively placing the defendants on probation, the fourth defendant, Dr. Zeynep Yelçe, is facing imprisonment pending an appeal. The reason cited for Dr. Yelçe’s heavier sentence is, again, “the gravity of her intent.” Dr. Yelçe is a distinguished scholar; a historian of the early modern Ottoman Empire, she is the author of Ideal Kingship in the Late Medieval World: Ottoman Principles and Perceptions (2010), as well as numerous articles and chapters; she is also the translator of several books into Turkish.

Another worrisome development is that signatories who are based outside Turkey are beginning to be sentenced. Baki Tezcan, Associate Professor of History at the University of California, Davis, like other petition signatories, is charged with “making propaganda for a terrorist organization.” As we explained in our earlier letters of 17 October 2017, and 21 March 2019, the indictments issued against Peace Petition signatories contain serious errors including the outlandish claim that the petition constitutes evidence of coordination with the PKK. The outlandishness of this claim has now been acknowledged by the US Department of Justice in its response to a request issued by the 27th High Criminal Court to collect Dr. Tezcan’s testimony. The US Department of Justice wrote the following paragraph as a response to the request:

The First Amendment to the U.S. Constitution provides for broad freedom of expression and, as a result, prohibits criminal prosecution of speech except in narrowly defined circumstances. As you know, the limits to this protection include situations in which the speech comprises a true threat or incites imminent violence. In this case, there has not been a sufficient showing in this regard. If there are other facts pertaining to this matter that have not been included in this request, e.g., information indicating an endangerment or objectively credible threat to Turkish lives, we will gladly consider them. However, without additional information, we will not be able to assist with the execution of this request, since we are of the view that the request implicates the above-described principles protected by our Constitution. We consider these principles to be essential interests, and Article 22 of the Treaty allows for the denial of a request where its execution would prejudice essential interests.

The Istanbul 27th High Criminal Court responded to this letter by issuing an arrest warrant for Professor Tezcan on 30 January 2019, rather than providing any tangible evidence that could actually connect him, a signatory for peace, with the PKK, thus confirming our belief that these cases are baseless.

A final troubling incident is the arrest of Associate Professor Tuna Altınel on 11 May 2019. Professor Altınel, who teaches at Lyon-1 University, was arrested per Article 7/2 of the Anti-Terror Law because of a conference he attended in France. Altınel was taken into custody in Balıkesir where he had gone in order to inquire about a restriction imposed on his passport. He was referred to an on-call court operating on the weekend by the Prosecutor’s Office to be arrested and sent to Kepsut Type L Prison. Altınel is also a signatory of the above-mentioned Academics for Peace Petition and was charged with “propagandizing for a terrorist organization;” his trial is currently under way in Istanbul’s 29th Heavy Penal Court.

As a member state of the Council of Europe and a signatory of the European Convention for the Protection of Human Rights and Fundamental Freedoms, Turkey is required to protect freedom of thought, expression and assembly. Turkey is also a signatory to the Universal Declaration of Human Rights, the International Covenant on Civil and Political Rights, and the Final Act of the Conference on Security and Cooperation in Europe (OSCE), all of which protect the rights to freedom of expression and association, which are at the heart of academic freedom. These rights are enshrined in articles 25-27 of the Turkish Constitution. We urge your government to take all necessary steps to abandon the course currently being pursued and return to earlier practices in line with ensuring that these rights are protected.

We respectfully repeat our numerous requests that your government take immediate steps to drop all criminal charges against signatories of the peace petition. We also ask that your government desist from broadening the use of antiterrorism laws in ways that criminalize the legitimate and protected activities of academics. In light of mounting international condemnation of the erosion of democratic rights and freedoms under your administration, taking steps to protect academic freedom, freedom of expression and freedom of association would be an important step to address growing concerns about human rights in Turkey.

Thank you for your attention to this matter. We look forward to your positive response.

Observatoire Turquie Contemporaine: Kader Konuk: “Challanges to Academic Freedom in the 21st Century” (Only first 20 seconds are French, then English for the talk)