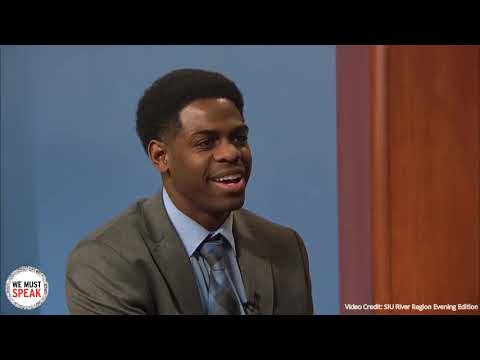 The street protests ended more than a year ago, but the horrific, traumatic occurrences have not.

I can’t count the number of posts I’ve scrolled past to avoid the image of an officer sitting on top of a Black child, tightly holding a plastic bag over the 12-year-old’s head. Or the number of posts screaming outrage about the officers who irresponsibly shot at a fleeing vehicle, injuring three small children. And the countless other posts of news stories about or videos of police officers harassing, assaulting, abusing, or killing a defenseless Black person.

Depending on the silo in which you exist, you’re either besieged by the terror or protected from it. I exist in the former.

And so when I saw the petition for the Hands Up Act on petiton.org, I felt a tinge of hope.

Travis Washington, its creator, says that for about two years, he’s had an idea for legislation that would hold police officers accountable for shooting innocent people. The language is pretty straightforward: “If a police officer shoots someone unarmed, they get a mandatory 15-year prison sentence.”

It would be up to legislators, the 24-year-old recent graduate school grad says, to flesh out the details, such as whether it’s the officer’s first shooting, or his or her history of misconduct, etc. He has emailed all 100 U.S. senators and heard back from two. Declining to name them, he says one was off-topic, responding with a non sequitur about crime in urban neighborhoods.

“If you’re not trying to shoot anybody unarmed, then you have nothing to worry about. It’s just that simple,” he says.

Washington, who works as a government intern in Illinois, has long considered a run for political office and had planned to wait until then to work on getting a bill passed.

But there really is no time to wait, he says. Lives are at stake.

Studies have found that Black people are shot by police at disproportionate rates, and unarmed victims are more likely to be Black. According to a 2018 Harvard study, Black men age 15 to 34 are nine to 16 times more likely to be killed by police than other people.

Policies that mandate trainings and body cams have not stopped the brutality. They’ve only reinforced what many already believe: Too many law enforcement officers have no respect for the lives in the Black communities they police.

What’s most troubling is that there has been little to no accountability. Since 2005, 98 police officers have been arrested, and only 35 convicted to date, according to the Police Integrity Research Group at Bowling Green State University.

Washington’s Hands Up Act would change that.

So far this year, 390 people have been killed by police, according to a Washington Post database of police shootings.

Some people who signed the petition also left comments on the site: “No person should have to live in perpetual fear! Not here, not anywhere,” and “…Here’s an amazing approach to getting a handle on trigger happy law enforcement.” The Atlanta Chapter of the NAACP and College Democrats of America put their support behind the petition by encouraging their members to sign it.

Washington says he wants to collect 500,000 to 1 million petition signatures—enough, he believes, to bring awareness and get him an invitation to speak before a Congressional committee.

“My ultimate goal is to make this a federal law,” Washington says. “When I think of Terence Crutcher, Philando Castile, Alton Sterling, Antwon Rose, and Daniel Shaver, who was on his knees begging for his life in a hotel room, and they just shot him down….”

Simply, non-Black, Brown, and Indigenous people have no idea what it’s like to live in daily fear that an encounter with the police—a mistaken move— could bring an end to their lives, or that of a loved one.

Some argue this is the same level of fear or threat that police officers live under. But there is no equivalency. Unlike the average citizen, police are trained to deal with high-stress encounters; knowing how to act in volatile situations is part of their jobs.

Saying they’re just “doing their jobs” when they shoot unarmed people is equivalent to the tired old “(White) Boys will be boys” trope that has until recently excused toxic masculinity that manifests at best—if there’s such a thing—in stalking and harassment and at worst assault, abuse, rape, and even death, thanks to the #metoo and #timesup movements.

As the mother of a Black son, my anxiety is always heightened. I’m always bracing myself for horrible news. My celebration of his recent college graduation was not just that he made it, but that he survived encounters with campus and local police in a majority White town.

Just because mass protests aren’t erupting across the country, and we’re not seeing the stories in the nightly news, that doesn’t mean innocent people aren’t dying at the hands of callous, insensitive, and often racist police officers—every day.

It’s time the politicians we elect and send to Washington to serve us recognize the seriousness of this problem and take steps to address it. Our very lives depend on it.

Zenobia Jeffries Warfield wrote this article for YES! Magazine. Zenobia is a senior editor at YES! She covers racial justice. Follow her on Twitter @ZenJWar.

We Must Speak TV: ‘Hands Up ACT’ Proposes A 15 Year Minimum For Officers That Shoot Unarmed Citizens