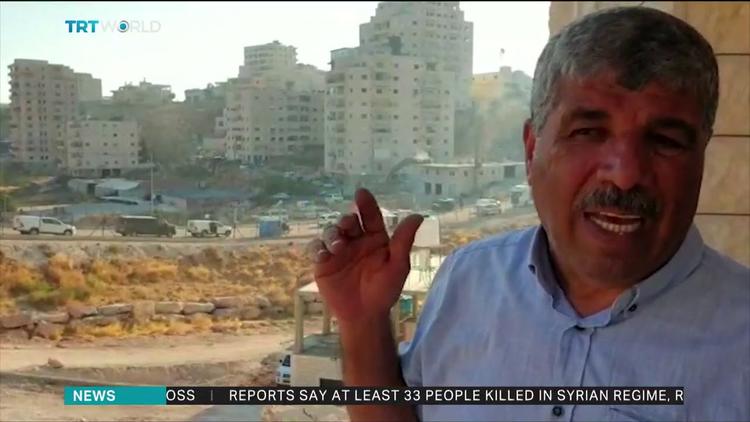 Dissident Israeli scholar Nurit Peled-Elhanan’s important academic study, “Palestine in Israeli School Books” is essential reading for anyone who wants to understand some important realities about the Israeli state and Israeli society.

As a settler-colonial entity, real change can never come from within Israeli society. It must be imposed from the outside. Much like white South Africans, Jewish Israelis will never voluntarily give up their privileged position as settlers.

South African apartheid was defeated by the masses of South Africa (with the support of some white dissidents), and their political leaders, in alliance with a global solidarity campaign.

In the same way, Israeli apartheid will be defeated by the Palestinian struggle. This struggle is supported by a minority of Israeli dissidents, and by the international solidarity movement – especially the Boycott, Divestment and Sanctions (BDS) movement.

Peled-Elhanan’s book was a major study of 17 Israeli school textbooks on history, geography and civic studies. As you can see from what she says in the interview above, she came to some stark conclusions.

When they even mention Palestinians at all, Israel’s official schoolbooks teach a “racist discourse”, which quite literally wipes Palestine off the map. Maps in the schoolbooks only ever show “the Land of Israel”, from the river to the sea.

She explained that not a single one of the schoolbooks included “any positive cultural or social aspect of Palestinian life-world: neither literature nor poetry, neither history nor agriculture, neither art nor architecture, neither customs nor traditions are ever mentioned.”

Of the rare times that Palestinians are mentioned, it is in an overwhelmingly negative and stereotypical fashion: “all [the books] represent [Palestinians] in racist icons or demeaning classificatory images such as terrorists, refugees and primitive farmers — the three ‘problems’ they constitute for Israel.”

All this is quite the opposite of the stereotypical and misleading story about children’s schoolbooks in Palestine. The books printed by the Palestinian Authority since the 1990s are frequently portrayed in anti-Palestinian demonology as putting forth the worst anti-Semitic calumnies about Jewish people.

Overall, this narrative is a crude fabrication instigated by anti-Palestinian propaganda groups, such as that run by Israeli settler Itamar Marcus and his “Palestinian Media Watch”.

Seven years ago, when Peled-Elhanan’s book was published, she warned that, in contrast to liberal hopes for change from within Israeli society, things were moving “backwards and backwards” and that the then-current textbooks were little more than “military manifests”.

“We have three generations of students who don’t even know where the borders,” between the West Bank and the rest of historic Palestine are, she despaired in the interview above, filmed back in 2011.

Seven years on from the book’s publication, things have only got progressively worse.

That can be seen in the video that circulated on social media this week of young Israeli soldiers celebrating and cheering after they dynamited Palestinian homes east of Jerusalem. Those same soldiers are a product of Israel’s education system.

As Israel’s violent oppression of an entire indigenous people become more and more blatant for the world to see, so public opinion is increasingly shifting against Israel – even among the previously supportive voter and activist base of the Democratic Party in the US.

As Israel can rely less and less on outside support, it becomes more important for the apartheid state to circle the wagons, and ensure the next generation of settlers and soldiers are inculcated into the Israeli state’s official ideology – Zionism.

Last month it emerged that Israel has begun requiring all high school students – including those Palestinians who are second-class “citizens” of Israel – to pass an online government propaganda course before they can participate in overseas trips.

According to the Palestinian human rights group Adalah, the course “promotes racist ideology”, brainwashing students with the myth that Palestinians are inherently violent savages.

Adalah says that one question asks: “How do Palestinian organizations use digital social networks?” The required answer is “encouraging violence.”

“Another question asks students to identify the origins of modern anti-Semitism,” Adalah explains. “The exam’s correct answer is ‘Muslim organizations’ and the BDS movement.”

In this way, Israel is teaching its children to hate: hate Palestinians, hate Muslims, hate the Arabs in general and hate anyone who supports or stands in solidarity with them against oppression.