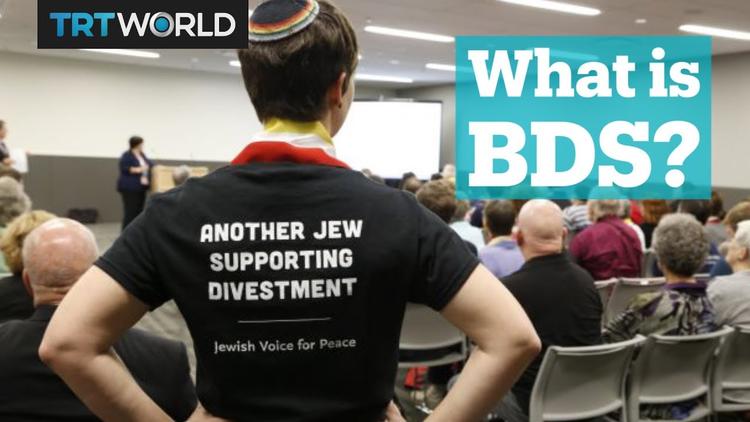 (Foreign Policy in Focus) – An increasingly global campaign to tar the BDS movement as “anti-Semitic” comes as Israel’s staunchest global defenders are increasingly anti-Semites themselves.

Israeli politics have moved into uncharted territory over the past several months, as Prime Minister Benjamin Netanyahu found himself unable to form a coalition large enough to claim victory in last spring’s elections. However, even as the Israeli state enters into political turmoil at home, it is becoming increasingly immune to criticism from the international community abroad.

In May, Germany’s government passed an anti-BDS resolution condemning the Boycott, Divestment, Sanctions (BDS) movement, a nonviolent campaign to protest Israel’s military occupation of Palestine, as anti-Semitic, and vowed that the country would not participate in any boycotts of Israeli products. The law is similar to an anti-BDS resolution that was just passed by the U.S. House of Representatives, and to several even more severe laws previously passed by U.S. states.

More broadly, measures like these protect the Israeli government from facing any economic consequences for isolating and discriminating against its Palestinian population. And the German measure shows that the campaign to ensure this impunity is going global, particularly as Israel makes common cause with far-right governments around the world (even, in some cases, those with well documented anti-Semitic sympathies).

Netanyahu, who is facing charges of corruption, has been prime minister for the past 10 years. During his tenure, he has moved Israel increasingly to the right politically, with severe consequences for Palestinian rights. Under his leadership, the expansion of Israeli settlements has led to what many have called the death of a two-state solution. Meanwhile, his government has instituted policies that legalize discrimination against non-Jews and strengthen Israel’s occupation of the West Bank and Gaza.

I, for one, am scared of a world where the Israeli government can continue to advance these discriminatory policies — especially as it goes unquestioned by the international powers that provide it with ongoing financial and ideological support. And as a Jew dedicated to fighting for Palestinian rights, I’m scared of a world where dissenting movements are silenced, and accusations of anti-Semitism overwhelm critiques of a powerful government.

Finally, I’m scared of a world where the attitudes of a United States headed by Donald Trump can worm their way into the international community — and I’m scared to watch as the uncritical U.S. support for Israel is exported to Germany, the rest of Europe, and around the world.

In reality, supporters of Israel and anti-BDS legislation are often those who do the least to advocate for Jewish safety. In a striking example, white nationalist Richard Spencer has self-identified as a “white Zionist.” Steve Bannon’s appearance at a Zionist Organization of America event seems out of place as well, given that his tenure as an editor at the alt-right Breitbart News was marked by the use of anti-Semitic language. Most recently, President Trump justified his racist attack on Rep. Ilhan Omar (D-Minn.) with his support for Israel. However, his 2016 campaign was also marked by the use of anti-Semitic rhetoric, from campaign ads referencing “global special interests” to the invocation of stereotypes that portray Jews as greedy and money-obsessed. In Europe, Hungary’s right-wing government has undergone scrutiny for the seeming contradiction between its close relationship with Israel and its denial of Hungary’s role in the Holocaust.

Instances like these make it clear that the voices most ardently in favor of Israel are often the same voices that make their careers preaching hate against Jews and people of color. We should all be concerned when the U.S. government aligns itself with authoritarian or fascist ideologues on any issue — and Israel is no exception.

Germany’s anti-BDS legislation offers yet another example of seemingly incongruous support of Israel from notorious anti-Semites. The far-right party Alternative for Germany, whose sympathy for the Nazi party has led to its denunciation by German Jewish leaders, proposed the strictest version of the bill— a total ban on BDS-related actions within Germany. Contradictions like these make it clear that, unlike far-right politicians would have you believe, support for Israel has no connection to solidarity with Jewish people.

Instead of a genuine rejection of anti-Semitism, the right’s championing of Israel stems from its love of nationalist rhetoric. To these figures, support for Israel acts as a convenient pass to continue espousing hate. Instead of defending the Jewish people, members of the right are embracing something altogether different: ethno-nationalism, whether it involves the removal of immigrants at America’s southern border or the colonization of Palestinians in Israel.

The question then becomes whether we, as Jewish communities, want to align ourselves with these ideologies — ideologies held by people who have open disgust for our beliefs and our humanity, not to mention the humanity of Muslims, immigrants and people of color around the world.

Meanwhile, the BDS movement, which was launched in 2005 by a coalition of 170 organizations representing Palestinian civil society, has never advocated for anti-Semitism. Instead, it is brave enough to call the Israeli state what it is: a perpetuation of apartheid in a country that has a segregated road system to facilitate the separation of Israelis and Palestinians. Instead of opposing BDS, Jewish leaders and their allies should be focusing on the real threat to Jewish communities: white nationalism in all its forms.

If the international community wants to advocate for Jewish safety, the solution does not lie in wholesale support of the Israeli state. In fact, the violent actions of Israel make us all less safe.

It’s time for the United States to acknowledge the global consequences of our uncritical endorsement of the Israeli state, which includes everything from unchecked violence against Palestinians in Gaza and the West Bank to anti-BDS laws like Germany’s. And it’s time for Germany to hold itself accountable for the white supremacy still present within its political landscape, rather than leveling vitriol at human rights campaigns like BDS.

And it’s time for everyone, from the U.S. to Germany to members of Israel’s own government, to stand against injustice in Palestine wherever and whenever it occurs.

This article is a joint publication of Foreign Policy In Focus and In These Times.

Rachel Hodes is a Next Leader at the Institute for Policy Studies.

TRT from last year: “What is BDS?