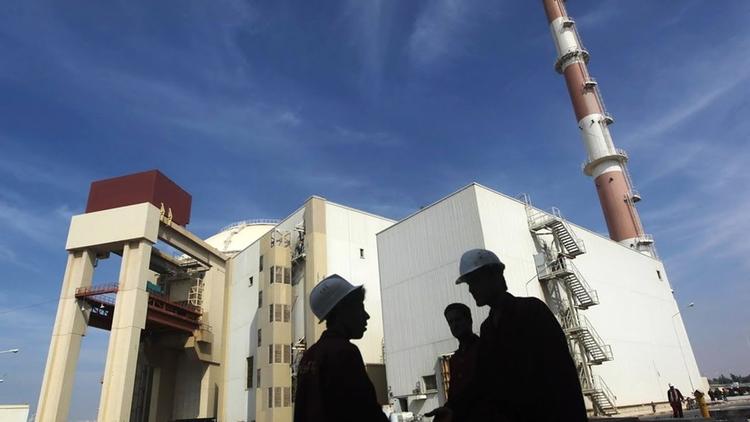 Ann Arbor (Informed Comment) – China is openly blaming the Trump administration for the breakdown of the 2015 Iran nuclear deal, known as the Joint Comprehensive Plan of Action (JCPOA), according to the official Xinhua News Agency

Foreign Ministry spokesperson Geng Shuang said at a daily press briefing, “The ‘maximum pressure’ against Iran imposed by the United States is the root cause of the crisis concerning the Iran nuclear issue.” He added that “unilateral bullying has become a tumor.”

He added “that the U.S. has not only withdrawn from the deal unilaterally but also created an increasing number of hurdles against Iran and other parties through unilateral sanctions and long-arm jurisdiction.”

The spokesman also rebuked Iran for tinkering around the edges with the terms of the nuclear deal.

In its roundup for Monday, BBC Monitoring points out that Xinhua called Iran’s decision to enrich uranium to 5% instead of the 3.5% cap set in the JCPOA a “symbolic countermeasure.”

This comment is correct. You can’t do anything with uranium enriched to 5%. You only need to enrich to 3.5% for reactor fuel. You’d have to enrich to 95% to make a bomb (something Iran is not known to be able to do and which the CIA has repeatedly assessed it is not trying to do). So enriching to 5% is just a symbolic way of tweaking Trump.

Xinhua, BBC Monitoring reports, alleges that Iran has been “forced to fight back”g given severe US sanctions.

In an editorial in English, Xinhua rebuked Trump for remarking that Iran is “playing with fire,” observing that “it is clear to all that Washington started the fire by unilaterally withdrawing from the deal and tightening anti-Iran sanctions.”

China continues to buy Iranian oil, apparently often on the sly and in ways that do not show up in official Iranian statistics.

Islamic Republic of Iran Broadcasting, according to BBC Monitoring, broadcast a report saying

“In just one case, 1m barrels of Iran’s oil were delivered to PetroChina,” he said. Footage then showed an aerial map of what the presenter described as an Iranian tanker, Salina, and the route it took to carry Iranian oil to a port city in China, according to the data collected from MarineTraffic website. He said that Reuters had also published a report on the issue.”It shows that sanctions are ineffective and Iran’s path for selling its oil is not blocked,” the presenter added.

IRIB was criticized for the broadcast jeopardizing state secrets, but its officials pointed out that the information had already been disclosed by The Financial Times and Reuters.