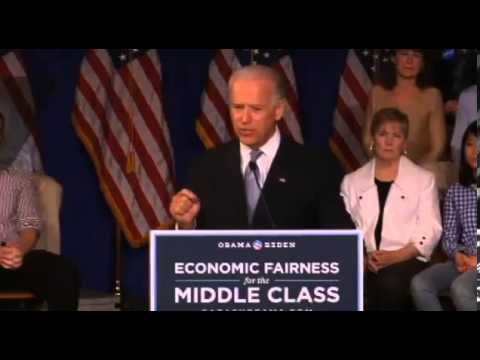 (Tomdispatch.com ) – When I was a teenager in the 1970s, I looked to the heavens: to God and Christianity (as arbitrated by the Catholic Church) and to the soaring warbirds of the U.S. military, which I believed kept us safe. To my mind then, they were classic manifestations of American technological superiority over the godless Communists.

With all its scandals, especially when it came to priestly sexual abuse, I lost my faith in the Catholic Church. Indeed, I would later learn that there had been a predatory priest in my own parish when I was young, a grim man who made me uneasy at the time, though back then I couldn’t have told you why. As for those warbirds, like so many Americans, I thrilled to their roar at air shows, but never gave any real thought to the bombs they were dropping in Vietnam and elsewhere, to the lives they were ending, to the destruction they were causing. Nor, at that age, did I ever consider their enormous cost in dollars or just how much Americans collectively sacrificed to have “top cover,” whether of the warplane or godly kind.

There were good and devoted priests in my Catholic diocese. There were good and devoted public servants in the U.S. military. Admittedly, I never seriously considered the priesthood, but I did sign up for the Air Force, surprising myself by serving in it for 20 years. Still, both institutions were then, and remain, deeply flawed. Both seek, in a phrase the Air Force has long used, “global reach, global power.” Both remain hierarchies that regularly promote true believers to positions of authority. Both demand ultimate obedience. Both sweep their sins under the rug. Neither can pass an audit. Both are characterized by secrecy. Both seem remarkably immune to serious efforts at reform. And both, above all, know how to preserve their own power, even as they posture and proselytize about serving a higher one.

However, let me not focus here on the one “holy catholic and apostolic church,” words taken from the “profession of faith” I recited during Mass each week in my youth. I’d prefer to focus instead on that other American holy church, the U.S. military, with all its wars and weapons, its worshipers and wingmen, together with its vision of global dominance that just happens to include end-of-world scenarios as apocalyptic as those of any imaginable church of true believers. I’m referring, of course, to our country’s staggeringly large arsenal of weapons of mass destruction, just now being updated — the term seems to be “modernized” — to the tune of something like $1.7 trillion over the decades to come.

A Profession of Twenty-First-Century All-American Faith

“Show me your budget and I will tell you what you value” is a telling phrase linked to Joe Biden. And in those same terms, there’s no question what the American government values most: its military, to the tune of almost $1.5 trillion over the next two years (although the real number may well exceed $2 trillion). Republicans and Democrats agree on little these days, except support for spending on that military, its weaponry, its wars to come, and related national security state outlays.

In that context, I’ve been wondering what kind of “profession of faith” we might have to recite, if there were the equivalent of Mass for what has increasingly become our military church. What would it look like? Whom and what would we say we believed in? As a lapsed Catholic with a lot of practice in my youth professing my faith in the Church, as well as a retired military officer and historian, I have a few ideas about what such a “profession” might look like:

* We believe in wars. We may no longer believe in formal declarations of war (not since December 1941 has Congress made one in our name), but that sure hasn’t stopped us from waging them. From Korea to Vietnam, Afghanistan to Iraq, the Cold War to the War on Terror, and so many military interventions in between, including Grenada, Panama, and Somalia, Americans are always fighting somewhere as if we saw great utility in thumbing our noses at the Prince of Peace. (That’s Jesus Christ, if I remember my Catholic catechism correctly.)

* We believe in weaponry, the more expensive the better. The underperforming F-35 stealth fighter may cost $1.45 trillion over its lifetime. An updated nuclear triad (land-based missiles, nuclear submarines, and strategic bombers) may cost that already mentioned $1.7 trillion. New (and malfunctioning) aircraft carriers cost us more than $10 billion each. And all such weaponry requests get funded, with few questions asked, despite a history of their redundancy, ridiculously high price, regular cost overruns, and mediocre performance. Meanwhile, Americans squabble bitterly over a few hundred million dollars for the arts and humanities.

* We believe in weapons of mass destruction. We believe in them so strongly that we’re jealous of anyone nibbling at our near monopoly. As a result, we work overtime to ensure that infidels and atheists (that is, the Iranians and North Koreans, among others) don’t get them. In historical terms, no country has devoted more research or money to deadly nuclear, biological, and chemical weaponry than the United States. In that sense, we’ve truly put our money where our mouths are (and where a devastating future might be).

* We believe with missionary zeal in our military and seek to establish our “faith” everywhere. Hence, our global network of perhaps 800 overseas military bases. We don’t hesitate to deploy our elite missionaries, our equivalent to the Jesuits, the Special Operations forces to more than 130 countries annually. Similarly, the foundation for what we like to call foreign assistance is often military training and foreign military sales. Our present supreme leader, Pope Trump I, boasts of military sales across the globe, most notably to the infidel Saudis. Even when Congress makes what, until recently, was the rarest of attempts to rein in this deadly trade in arms, Pope Trump vetoes it. His rationale: weapons and profits should rule all.

* We believe that freedom comes through obedience. Those who break ranks from our militarized church and protest, like Chelsea Manning, are treated as heretics and literally tortured.

* We believe military spending brings wealth and jobs galore, even when it measurably doesn’t. Military production is both increasingly automated and increasingly outsourced, leading to far fewer good-paying American jobs compared to spending on education, infrastructure repairs of and improvements in roads, bridges, levees, and the like, or just about anything else for that matter.

* We believe, and our most senior leaders profess to believe, that our military represents the very best of us, that we have the “finest” one in human history.

* We believe in planning for a future marked by endless wars, whether against terrorism or “godless” states like China and Russia, which means our military church must be forever strengthened in the cause of winning ultimate victory.

* Finally, we believe our religion is the one true faith. (Just as I used to be taught that the Catholic Church was the one true church and that salvation outside it was unattainable.) More pacific “religions” are dismissed as weak, misguided, and exploitative. Consider, for example, the denunciation of NATO countries that refuse to spend more money on their militaries. Such a path to the future is heretical; therefore, they must be punished.

Blessed Are the Peacemakers

Keep in mind that the beginning of wisdom is the fear of God, or so I was taught as a boy anyway. One might say that the beginning of U.S. militarism is simply fear, whether of terrorists, immigrants, Muslims, Communists, or other enemies of the moment. If Americans continue to be wracked with such fears, they’ll undoubtedly continue to profess their faith in the military as our country’s noblest protectors, too.

Where does such a profession of faith in wars and weapons end? Is there even a terminus of any sort other than destruction?

Those of us who endured war games and hair-trigger nuclear alerts during the Cold War have long had apocalyptic fears of such endings in the back of our minds. Under Donald Trump, they’ve come back with a vengeance. Unlike many Christians, I don’t envision Christ returning to pick up the irradiated Elect after a nuclear version of Armageddon. But that, of course, is a true worst-case scenario. A more likely ending is a slow-motion collapse of America’s imperial empire and the church of the military that goes with it, the resulting chaos possibly leading to a Second Coming, not of Christ but of medieval levels of meanness and misery.

Or, maybe, just maybe, we might start anew by questioning our militarized profession of faith. We might begin to realize that our warrior-church isn’t all it’s cracked up to be. We might begin to seek meaning and salvation not through wars and weaponry, not through generals and their admirers, not through impossible dreams of total dominance, but through compassion and a desire for global justice.