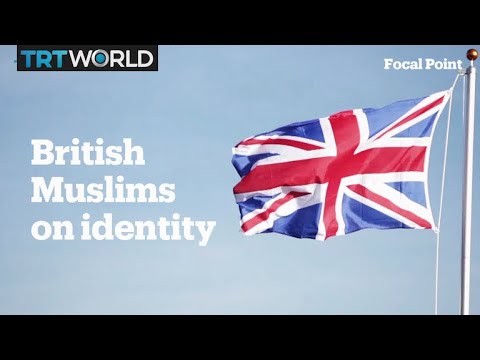 In British Muslims: New Directions in Islamic Thought, Creativity and Activism, Philip Lewis and Sadek Hamid demonstrate how new generations are remaking Islamic institutional infrastructures in Britain. In so doing, the book challenges scholars and policy practitioners to revise their representations of Muslim institutions in the UK and to argue for an different, updated understanding of what British Islam really looks like, writes Stephen H. Jones.

A little over ten years ago, as Britain was trying to make sense of how four people born and raised in the UK could carry out suicide attacks on its capital, a narrative took hold about the figure of the young British Muslim. Bhikhu Parekh articulated it well in 2008 when he noted that for ‘second generation’ Muslims, Islam is:

not woven into a taken-for-granted aspect of their lives as it is for their parents, but a self-consciously adopted badge of identity needing constantly to be asserted, an ideology providing them with a clear programme of action. Since it is a matter of conscious commitment, it is shadowed by a deep fear that the commitment might weaken or become diluted. They therefore become rigid and uncompromising in their religiosity, both to guard themselves against the fear that they might slacken, and to ask others to pull them up if they should do so.

At the time, this narrative contrasting an inward-looking older generation of Muslim migrants with their restless, alienated offspring had a reasonable basis in evidence. Multiple surveys revealed that, whatever their levels of religious practice, younger Muslims were more likely than their parents to support utopian Islamist goals, while various scholarly analyses pointed to a British Islamic institutional infrastructure that, under its present leadership, was struggling to appeal to or represent young Muslims’ interests.

As it has travelled through the years, however, this narrative has appeared increasingly worn out, and one of the reasons Philip Lewis and Sadek Hamid’s book British Muslims represents such a milestone is that it shows just how tired it has become. Those who were young and idealistic in the early years of the new millennium – between the 2001 disturbances in Oldham, Burnley and Bradford and the 7/7 attacks in 2005 – are now firmly in middle age. What British Muslims does is show that this maturing generation is now remaking the British Islamic institutional infrastructures that previously were castigated for only expressing the perspectives of conservative, invariably male community elders. Likewise, it shows how the Islamist-inspired movements that appealed to young people in the 1990s are now, precisely because of those young recruits, being transformed.

By doing this, the book challenges scholars and policy practitioners to revise their representations of Muslim institutions in the UK. For one of the problems with policy and public debates about Islam and its position in British society that British Muslims puts in stark relief is how damagingly outdated they are. From the Islamic Society of Britain to the Islamic Foundation, from the East London Mosque to the Muslim Association of Britain, it is hard to point to a longstanding Muslim organisation that hasn’t shifted ethos significantly, in the majority of cases away from conservative insularity and countercultural, utopian Islamism. These changes are, though, given virtually zero public recognition; or, as the authors themselves put it, ‘Too often critics of Islamic movements make no allowances for […] debate and evolution’ within those movements (106).

The Muslim Council of Britain (MCB) is perhaps the most obvious illustration of this. The present government treats the MCB’s spokespersons as personae non gratae on the basis of a disagreement with ministers in 2009, or worse, on the basis of statements made by its founders around 30 years ago. This is despite the fact that the organisation has altered in myriad ways that are readily apparent to any external observer. Contrast the MCB’s objections to Theresa May’s refusal to offer the persecuted Pakistani Christian Asia Bibi asylum in Britain, for example, with its founders’ aggressive response to Salman Rushdie’s novel The Satanic Verses. Or look at the way the organisation has recently placed upcoming young artists, activists and academics at the centre of their recent activities. The idea that the MCB represents only the interests of conservative elders or Islamist movements was always overstated, but now it is a fiction maintained by a loose alliance of unscrupulous journalists and politicians, who have reimagined what is basically, in Lewis and Hamid’s words, a ‘noisy public contestation [between competing Muslim groups] for representational power, government patronage and access to resources’ (165) as a battle between extremists and liberals for the very soul of British Islam.

I would go so far as to say that this refusal of institutional and religious change having occurred within British Islam is one of the ways in which Islamophobia manifests itself in British public discourse. One of the reasons I remain ambivalent about the recent efforts by Runnymede and the APPG on British Muslims to define Islamophobia as racism is that a vocabulary of race and anti-racism is not especially well placed to recognise or address obsolete stereotypes of, say, Deobandis as insular and ‘anti-British’ or, to quote a former prime minister, that the Cordoba Foundation is a ‘front for the Muslim Brotherhood’. British Muslims is a book that begins the work of building a more sophisticated vocabulary; it speaks to a need for those who study Muslim Britain to argue more clearly – and more politically – for a revised and updated understanding of what British Islam really looks like.

It is not, however, a faultless book, and there are in fact insights that can be gleaned from looking at its weaknesses. British Muslims seeks, in its own words, to challenge the ‘binary of apolitical “good Muslim […] and politicised “bad Muslim”’ (133). Yet there are points where the book reproduces this split in its mapping of Muslim institutions and in its conceptual framing. This is particularly the case in a chapter on Islamic educational institutions. This presents a contrast between ‘reformist’ institutions and ‘traditional’ conservative dar al-ulums which doesn’t do full justice to the structural pressures being put on, and reforms taking place in, the latter (changes brought to light in recent years by scholars like Ron Geaves, Sophie Gilliat-Ray and Haroon Sidat). This is a shame because recognising how an emerging generation of younger Deobandis are facilitating change would actually bolster the argument that the authors develop.

This contrast also illustrates an occasional tendency across the book to talk in terms of a divide between the traditional and modern in which the latter is usually on the right side. The book speaks positively about Muslims’ study of Western philosophy and culture and of ‘world religions’, as well as a broader ethos of ‘independent-mindedness’, while ritual and tradition are depicted as challenges to be overcome (62). It praises Muslim activism calling for better rights and representation within a liberal framework, but leaves the reader wondering what positive contribution to British democratic life the Islamic tradition qua tradition might make – if it can make one.

In this limitation, I think, lies another challenge, although this time to academic scholars of Islamic Britain. After all, it is clearly not the case that the authors – one of whom is himself a committed Muslim activist – believe the Islamic tradition, in its various manifestations, has nothing distinctive to offer. Rather, there is something about the academic idiom, and social scientific forms of writing in particular, that encourages what Maleiha Malik has called a ‘hollow’ form of respect in which we recognise that a religious tradition is valued by people, but can say little or nothing about why it is valued. Social scientists of Muslim Britain – being honest, myself included – struggle to write past the secular norms our institutions normalise and reward. To describe a religious tradition as a wisdom tradition, or as containing beauty as well as trials and tribulations, feels taboo, even though such a description of Islam should really be entirely uncontroversial. What this results in, in this book and elsewhere, is a tendency to implicitly position Islam in the West as successful only when it conforms to another (liberal) tradition’s norms. Fully recognising new directions in Islamic thought, then, might mean developing an evaluative vocabulary that the academy itself may not always be comfortable with.

Note: The above was first published on LSE Review of Books.

Stephen H. Jones is a sociologist of religion whose research focuses on the intersections between belief, politics and public policy. His primary areas of expertise are in Islam and Muslims in the UK and religious and non-religious publics’ perceptions of science. He is General Secretary of the Muslims in Britain Research Network (MBRN), and a Lecturer in the Department of Theology and Religion, University of Birmingham. He tweets at @StphnHwrdJns.

This work by British Politics and Policy at LSE is licensed under a Creative Commons Attribution-NonCommercial-NoDerivs 3.0 Unported