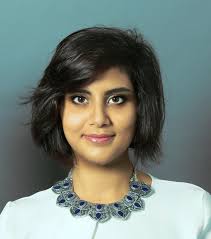 Ann Arbor (Informed Comment) – The family of jailed Saudi dissident and women’s rights activist Loujain Hathloul has announced that the Saudi authorities offered to release her if she would record a video statement saying that she had not been tortured while in government custody.

Her sisters say that she refused the offer, and they reiterated that she and other women arrested for their protests have been tortured using electricity and subjected to sexual harassment.

Saudi Arabia is a rigid Wahhabi state that forbids churches and has traditionally deployed a morals police to stop things like boy-girl dating. It is an absolute monarchy with no constitution and virtually no rights, where the arbitrary word of the monarch is law. In previous decades it was more of an oligarchy than a monarchy, with senior males of the ruling family jointly making some decisions. Since the current monarch, Salman, came to power in January, 2015, the rest of the royal family has been largely sidelined, and his son Mohammed Bin Salman has emerged as a power behind the throne. Bin Salman launched the still ongoing war against Yemen, imprisoned many high Saudi officials in the Ritz Carlton until they forked over some $100 billion dollars, kidnapped the prime minister of Lebanon and made him resign on air (Beirut rejected the resignation), and allegedly ordered the murder in the Saudi consulate in Istanbul of Saudi dissident journalist Jamal Khashoggi last October. Because of this series of authoritarian actions, and in at least one case, a criminal action, Bin Salman’s star may have fallen a bit.

Under Bin Salman’s influence, Saudi Arabia has lightened up a bit on individual liberties, allowing women to drive, eliminating the law requiring them to get a male family member’s permission to travel abroad, and even allowing rock concerts in the puritanical and conservative kingdom.

The move to let women drive came as a culmination of pressure applied by women activists, who sometimes just drove and filmed themselves.

Several of these bloggers, preachers or activists had been released this spring pending trial.

The videos Bin Salman forced other figures to make exonerating the state for its authoritarian jailings, such as that of billionaire businessman Alwaleed Bin Talal or that of Lebanese Prime Minister Saad Hariri were entirely unconvincing and reflected poorly on Saudi Arabia. The purpose of this exercise is to allow spokesmen for the state to deflect criticism of human rights abuses; they can just point to the statements of the victims, given under duress.

Outside observers are puzzled as to why Bin Salman would adopt the policies urged by these women, such as allowing them to drive or allowing them to travel without male supervision, but then keep in prison the very activists whose ideas he endorsed. It has been suggested that it is a matter of pride for him, and is his way of saying that his was the key role and the women are passive.

Loujain Hathloul is living evidence to the contrary, that Bin Salman is just trying to wash the image of his government, while the real progressives languish in prison. And she is incredibly brave to defy Riyadh by refusing to whitewash its brutal tactics. We saw what happened to Khashoggi, another dissident, when he declined to be coopted, and it makes one fearful for Hathloul’s fate.