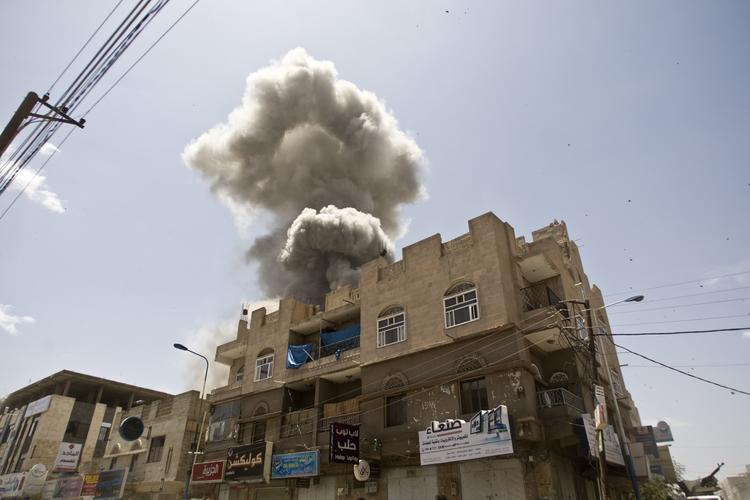 (Human Rights Watch) – “The future for our defence sector is a very bright one.”

So said Fleur Thomas, head of exports for the United Kingdom’s Ministry of Defence, as her government prepares to help host Europe’s biggest arms fair in London this week. Many foreign countries will be represented, including several the UK considers to have serious human rights issues, including Egypt, Israel, Pakistan, and Uzbekistan.

Saudi Arabia will also send delegates to the fair, despite the UK suspending new arms sales to the kingdom following a landmark court ruling in June.

The Court of Appeal ruling laid bare the UK government’s cynical policy of approving arms sales to the Saudis whilst ignoring multiple laws of war violations by the Saudi-led coalition in its disastrous war in Yemen, some using British-made weapons. The court found that the UK government’s decision-making when authorizing arms sales to Saudi Arabia is fundamentally flawed, and rightly led the government to immediately suspend new arms exports – for now.

The ruling has also forced the government to review its decisions on authorizing Saudi arms sales and requires it to properly examine the Saudis’ terrible record in Yemen. This will be a welcome change from the UK’s previous position, when it chose time and again to ignore mounting evidence from independent experts – including Human Rights Watch, Amnesty International, and the United Nations – of the Saudis’ callous disregard for civilian lives.

But June’s courtroom victory gives only temporary respite. The fear is the UK government will, after a brief cooling off period, announce it has reconsidered Saudi’s actions in Yemen, decided there is nothing to worry about, and reauthorize arms sales.

This should not be allowed to happen. Too many lives are at stake. This week, Human Rights Watch sent Liz Truss, the UK’s new Secretary of State for International Trade, a comprehensive summary – some 402 pages long – of all the violations committed by the Saudi-led coalition that our researchers have documented.

Truss and the government should do the right thing. The documentation we and others are providing makes clear the harm that resuming weapons sales will cause.

And of course no one knows this more than the millions of Yemeni civilians who’ve spent years under bombardment, and now stand on the brink of famine. It’s time Britain put Yemeni lives ahead of its own arms sales.