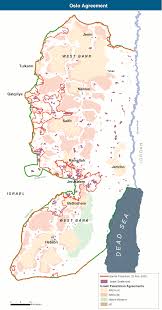 Ann Arbor (Informed Comment) – Beleaguered Israeli prime minister Binyamin Netanyahu is under serious corruption charges and is not assured of winning the upcoming election. So he engaged in grandstanding, saying that if he was reelected he would usurp the the Jordan valley and other parts of Palestine where Israeli squatters had already been sent in by the government to steal Palestinian land. Although Netanyahu boasted that he wouldn’t annex a single Palestinian (leaving them safely stateless and without rights), in fact 60,000 Palestinians live in the Jordan Valley. But, no problem, Netanyahu will be glad to move them out to the desert where they’ll have nice blue skies for roofs.

It wasn’t the first time Netanyahu has threatened this sort of land theft on a vast scale.

The move aims at creating a second Gaza, an island of Palestinians completely hemmed in by Israeli populations and power. The next stage after sequestration is obviously ethnic cleansing. Members of the Israeli parliament have already begun speaking of transferring the Palestinians of Gaza (this is a pipe dream; Egypt’s military would shoot them all down rather than let them into the Sinai, and Europe doesn’t want more boat people; Israel cannot solve its self-created Palestinian problem on the backs of other people).

The sad state of American political discourse, which is bizarrely deferential to the Israeli far right, is exemplified in most politicians’ reaction to Netanyahu’s pledge to commit war crimes. They complained that it would endanger a two-state solution and the democratic character of Israel.

A two-state solution? That is a unicorn, a chimera, a non-existent thing. There is no prospect, none, nada, zilch, zero, of a two-state solution. There is no longer any place to put a Palestine. As for democracy, we don’t usually refer that way to a country that has a citizen population of 8 million with the franchise and controls another 5 million people denied the franchise. That is Apartheid South Africa, not democracy.

This sort of language is intended to deny the Apartheid or Jim Crow reality that is Palestinian life under the Israeli jackboot. And it is being deployed in the face of Netanyahu’s frank annexationism and racism. (Netanyahu is among the world’s foremost bigots; he warns his audience that if his rivals get in they will put Palestinian-Israelis in the cabinet. This is what the Daily Stormer would say about Democrats, that if they get in there will be African-Americans in the cabinet.)

In the 1993 Oslo Accords, Israel pledged to withdraw from the West Bank by 1998 in three tranches, from Areas A, B, and C. Netanyahu just pledged to steal C.

Netanyahu at the time of Oslo vowed that it would never happen, and he went on to ensure that it did not. But it wasn’t just Netanyahu. In 1993-2000, the Israelis doubled the number of squatters they sent in to colonize the West Bank. Netanyahu was just more honest about the Israeli elite’s real intentions.

Netanyahu: I killed the Oslo Accords.

None of what I have written about is discussed honestly and dispassionately in the US corporate media, which on the whole tacitly supports Israeli colonization of Palestine and the erasure of Palestinians as a sovereign people.