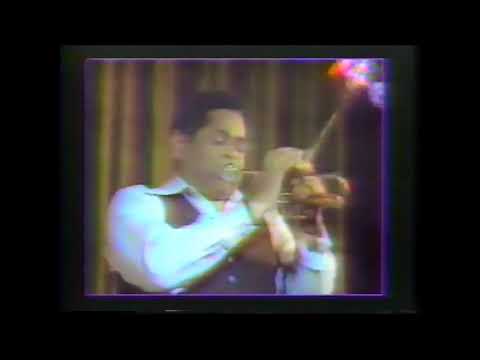 (Informed Comment) – In 1948 rumors spread that jazz trumpet great Dizzy Gillespie was considering converting to Islam. Gillespie told journalists that the important religious issue for him was not the success of another religion but the failure of Christianity. “Don’t say I’m forsaking Christianity, Christianity is forsaking me, or better, people who claim to be Christian just ain’t. It says in the Bible to love thy brother, but people don’t practice what the Bible teaches. In Islam there is no color line. Everybody is treated like equals.”

Rumors about Gillespie’s imminent ‘apostasy’ from Christianity arose because a group of jazz musicians of the 1940s left Christianity and converted to Islam. For some, Islam was a way back to West African roots that had been severed by centuries of slavery. For others, becoming Muslim provided a possible escape from the strict segregation system of the southern states. When travelling down south some Black jazz musicians from New York and Philadelphia would refuse to comply with Jim Crow laws by claiming to be neither white nor black, but Muslim.

But unlike his friends, drummer Kenny Clarke, who took the name Liaqat Ali Salaam, or the saxophonist William Evans, who took the name Yusuf Lateef, Gillespie did not convert to Islam. He considered that possibility, but in the end made a different choice.

Gillespie’s decision about conversion involved much soul-searching. In his autobiography he noted that “as time went on, I kept considering converting to Islam, but mostly because of the social reasons.” The institution that deterred Gillespie from converting was “polygamous marriage in Islam, I didn’t care for that too much,” he said.

But one aspect of Islamic practice did appeal to Gillespie, the prohibition against drinking alcohol. Gillespie had seen the lives of many of his fellow musicians, including Charlie Parker, destroyed by substance abuse. And in contrast he had seen other great musicians saved by adopting Islam. As Gillespie himself had a tendency to over -indulge in alcohol, this was far from an abstract question for him.

Drinking steadily throughout the 50s and 60s, Dizzy was finally able to wean himself from alcohol at the end of the 1960s. This happened during an international tour. In Japan for a series of concerts, Gillespie got very drunk on sake and created a major disturbance on the Tokyo concert stage. As Japanese culture that values formality and courtesy, this lack of discipline was judged harshly by both the audience and the local press. Gillespie, embarrassed and contrite, decided to give up drinking completely.

That is the story that Dizzy told in his very entertaining autobiography, “To Be, or not … to Bop.” Then there are the drinking stories told by members of his band. Mike Longo, Gillespie’s long-term piano player, was with him in South Carolina when they go the news of Martin Luther King’s assassination. “Dizzy’s reaction to the news was to get spectacularly inebriated,” and then to get into a series of fights. According to Gillespie biographer Alyn Shipton, “within a year of this saga, Dizzy forsook drink for good. It was just one of his undertakings when he decided to become a Bahai.” And he made that dramatic decision to convert the day after King’s assassination.

Pianist Longo, who had joined the Bahai faith a few years earlier, was Gillespie’s guide to a new religious system and life. Concerning his conversion Gillespie wrote: “When I encountered the Bahai faith, it all went along with what I always believed. I believed in the oneness of mankind. I believed we all come from the same source, that no race of people is inherently superior to any other.”

Thus, instead of turning to Islam Dizzy joined a religion that originated in a 19th century schism with Shia Islam. From 1969 onwards Dizzy was an active and devoted member of the world Bahai community .

As a jazz educator Gillespie emphasized the links between African music and the popular music of North and South America. When in 1973 the State Department asked him to give concerts in Kenya, he was thrilled. At a concert in Nairobi, with over 3,000 fans in attendance, Gillespie’s band played his composition “Burning Sphere,” written in honor of Kenyan president Jomo Kenyatta. Dizzy told a journalist that the piece was “a mélange of Indian, South American, African, and American influences, with a touch of the blues for good measure.”

In his role as jazz ambassador for the State Department Gillespie also gave concerts in Israel, and it was there that I first heard him play in 1971. While in Israel he visited the Bahai holy places in Haifa and Acre. This was his first pilgrimage to these sacred spaces, a pilgrimage he would repeat many times in the 1970s and 80s.

Dizzy Gillespie developed a spiritual understanding of jazz, an understanding that fit with his Bahai universalism. He wrote that jazz musicians were among “the people most in tune with universe. What is more appropriate than a musician being in tune with nature and with our Creator. The best example is the way they perform; how do they come up with things that have never been played before? Where did they get it? They have to have some kind of divine inspiration.”