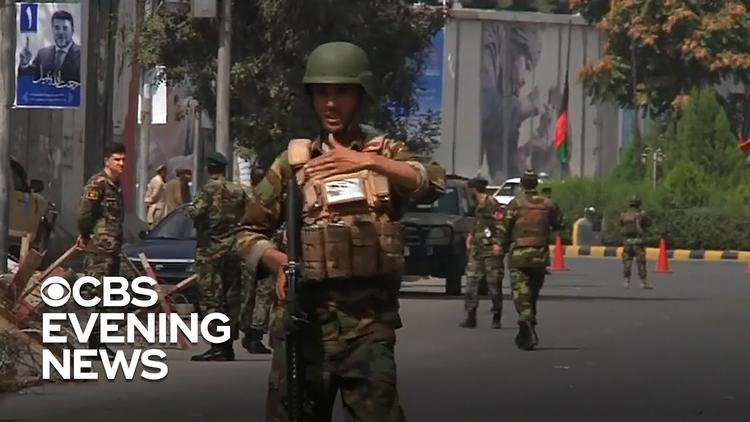 ( 48hills.org) – Washington, DC is buzzing with talk of troop withdrawals and the impact on peace talks in Afghanistan. The US may start withdrawing troops within months, the start of what would be a gradual withdrawal of all 14,000 US troops from the country.

President Donald Trump wants to leave the impression that he is finally ending the Afghanistan War. What could go wrong? Well, for starters, IT’S TRUMP!

Trump would love nothing better than to claim that he brought peace to Afghanistan sometime prior to the November 2020 presidential elections. In reality, the administration is far from ending the war, let alone providing justice for the Afghan people.

To be fair, any President would have a hard time ending what has become the longest war in US history. Washington was politically defeated in Afghanistan long ago, and no shift in US tactics will change that—whether it is a troop surge, the renewed training of local soldiers, or a focus on counterterrorism.

The US lost because most Afghans see the USA as an occupying power. And the Taliban is winning, as seen in the increase of areas under its control and its ability to attack anywhere in the country. On August 2, while the chief US negotiator Zalmay Khalilzad was on Afghan TV, the Taliban set off a massive explosion in the heavily fortified Kabul housing compound where foreign mercenaries live.

Basir Bita, a leader of Afghan Peace Volunteers in Kabul, says the level of fear is increasing in the capital. “Even outside your own home, you don’t know what will happen next,” he tells me in a phone interview. “You have no idea if you will come home alive.”

The US has spent more than $1 trillion on the war in Afghanistan since it began in 2001. Some 139,000 Afghan civilians and combatants have been killed. More than 6,300 US soldiers and contractors have died.

The Afghanistan War was a disaster from its inception. Now Washington is trying to clean up the mess by pretending we won.

US negotiators and Taliban leaders have been meeting in Doha, Qatar, since 2018. The US side insists the Taliban not participate in international terrorism and that it negotiate with the Afghan government.

The Taliban has agreed to not allow Afghanistan to be used as a base for international terrorism, but demands that all US troops be withdrawn before a ceasefire can take place, and so far has refused to negotiate with the US-installed President Ashraf Ghani.

US officials have leaked a few details of a proposed peace plan, but stress that Trump hasn’t yet signed off. Within 135 days of signing a peace accord, the US would withdraw 5,400 of its 14,000 troops now in Afghanistan. It would depart from five military bases or give them to the Afghan military. If the Taliban meets US conditions, then all US troops would be withdrawn in 16 months.

It’s not at all clear that Trump will agree with the plan, nor implement it if signed. One faction in the White House wants to leave CIA paramilitary troops in the county “to fight terrorism.” The Afghan Army and police have lost battle after battle, with two provincial capitals temporarily overrun just this week. Will any peace plan be meaningful if US and Afghan troops can’t control the country?

Peace activist Bita calls the talks “complicated.” He favors the complete withdrawal of US troops. But ordinary Afghans are wary of the negotiations that leave them out of the process.

Kathy Kelly, co-coordinator of Voices for Creative Nonviolence, agrees that economic development is a key component to any lasting peace. “Incomes are vital to peace,” she says in a phone interview, shortly before heading back for a short trip to Kabul where she works with grassroots groups.

Right now, Kelly notes, the country’s main export is heroin. “Afghans live in a failed narco state,” she explains. “The vast bulk of US reconstruction aid has gone to counter-narcotics, building Afghan government capacity, and sustaining Afghan police and military. Most Afghans don’t want to join the security forces.”

What should the US do?

In my opinion, Washington should immediately pull out all troops, CIA operatives, and US-contracted mercenaries, and close its bases. NATO-allied troops will quickly follow suit.

Then the US and its allies should commit billions of dollars to rebuild the country by funding neutral, international organizations to provide emergency relief and development aid.

“Reparations should be paid to the Afghan people, not the government,” Kelly adds. Washington should fund only those small and medium sized aid groups who have a proven track record and are not corrupt, she says.

The dire conditions on the ground in Afghanistan are likely to force a US withdrawal from the country. It’s only a matter of when and under what circumstances. I wish I could tell you that the administration in Washington will handle the withdrawal in a way that benefits both countries. But don’t hold your breath.

CBS Evening News: “Violence escalates in Afghanistan amid U.S. talks with the Taliban”