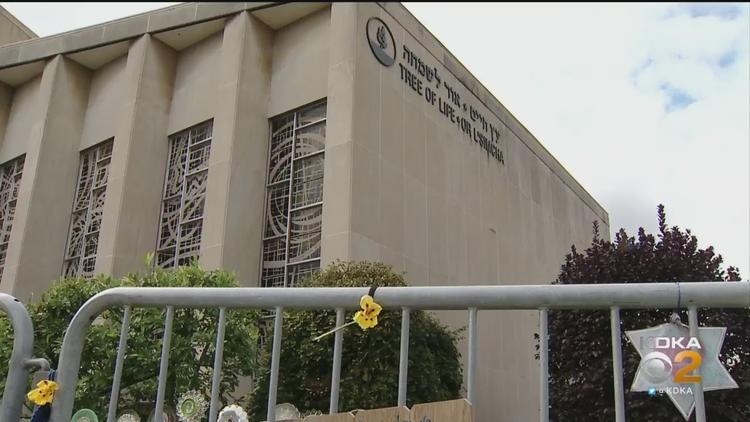 (Informed Comment) – October 27 marks the one-year anniversary of the Tree of Life Congregation massacre in Pittsburgh. This was a result of President Donald Trump giving aid and comfort to sinister right-wing forces, which had been buried under rocks of Western Civilization until he gave the all-clear signal. Since then, violent acts of anti-Semitism have increased dramatically in America and Europe. (The number of violent incidents rose from 972 in 2015 to 1986 in 2017, according to the Anti-Defamation League (ADL). The Jewish Community of Greater Pittsburgh is very special. This goes beyond our usual sense of exceptionalism. Pittsburgh is a VERY Jewish city (50,000 or so), aside from the Jewish “ghetto” of Squirrel Hill, where I lived for 3 years. Like New York, the Bay Area, and Atlanta, even people who aren’t Jewish are attuned our schedule of our holidays and customs.

Squirrel Hill is one of the few Jewish communities outside of New York and Chicago that actually has “street life.” That is a bustling neighborhood, mainly along Murray Avenue, with many Jewish owned businesses catering to Jews (delis, bakeries, green grocers, bookstores, and one of the country’s BEST JCC’s!). The vibe in Squirrel Hill draws people from all over the city of all races and ethnicities. I sometimes shared tables with black folks from the East Liberty neighborhood, who were happy to be in a “safer” place for the evening. Pittsburgh is one of the country’s most vital, diverse, beautiful and interesting cities. I was honored to present a blues and jazz show on WYEP-FM, a great public radio station.

The massacre at Tree of Life is tragic and disturbing on every level. Most notably, the thought of aging Jewish people going to the synagogue, and being murdered. Don’t try to tell me this is not political; don’t try to tell me this was not inspired by Trump’s reckless and incendiary rhetoric. And don’t try to tell me this is not the time to blame anyone. Trump has used his campaign rallies to rile up his unwashed masses to commit violent crimes against members of the media, people of color, Jews and other others. The assassin was motivated by one of Trump’s “Big Lies” – that the Jews were “funding” the caravan of poor people on an Exodus from Central America through the venerable Hebrew Immigration Aid Society (HIAS). So we have an act of WHITE, American-bred terrorism, inflicted on a minority religion, borne out of the stupidity of an ignorant man, who is too dumb to understand that nothing Trump says is true. And we have a political culture, held hostage by the NRA and a minority party through voter suppression, gerrymandering and dirty tricks by multiple Secretaries of State.

As a “progressive” Southerner, I learned that the last Battle of the Civil War occurred in Oxford, MS in 1962, when James Meredith enrolled in graduate school at Ole Miss. Governor Ross Barnett gave a speech at halftime of the Ole Miss-Alabama football game that sounded like a Klan rally.. The rhetoric of Barnett and Alabama Gov. George Wallace was frightening to hear, even on a car radio. Trump has resurrected that spirit of “evil otherness” at his every rally and speech. His supporters seem dissatisfied with the results of both the Civil War and WWII.

Historically, anti-Semitism has been a province of brutal right wing governments, and failing political movements needing a scapegoat. That ugly dynamic never abated, and in recent years has led into a dramatic increase in anti-Jewish violence in the United States. Just as lynchings rose dramatically under the justice department of Woodrow Wilson, acts of anti-Semitism have spiked under Donald Trump. Trump’s rabble rousing against all immigrants directs much of its focus on Jews for the historical alliance with black people dating to the Civil Rights Movement, Jewish support of immigration-welfare groups, and the growing opposition to Trump among Jews.

Now comes a less nativists, yet more primitive version of anti-Semitism from the left. Many Millennial leftist leaders fail to distinguish between Judaism the religion, and Zionism the political ideology. This is particularly frightening as many leftist leaders blame all Jews for the sins of Zionism. Reps. Ilhan Omar and Rashida Tlaib are not the problem here. Nor is British MP Jeremy Corbyn. They are convenient scapegoats for the far-far right brand of anti-Semitism. Advocating for Palestinian rights is not an act of anti-Semitism. Many Jewish people do so, and remain devoted to Israel. Many Israelis find their government as objectionable as Americans do Trump. As a result, the wide net of the Boycott-Divest-Sanction (BDS) movement punishes some of the wrong people. Some BDS advocates target only businesses operating in the occupied territories, among other nuanced applications. To its credit, BDS does challenge the Israeli agenda.

The most visible manifestations of all three Semitic religions are the most violent, twisted and obtuse. This includes Christian leaders who sanction the gross corruption and hypocrisy of Trump, those radical Muslims who advocate violence against non-believers, and Israelis, “as the beacon of the Jewish people,” committing atrocities against PalestiniansThe “Not in Our Name” movement represents Jews divesting themselves of Israel’s brutal agenda in the Palestinian territories.

It is clear that many people use their objections to Zionism as a disguise for what really IS anti-Semitism. We can never let that pass. But while left-wingers may say stupid things based on faulty perceptions, and make dumb proclamations at rallies, ONLY the right-wing brand has generated acts of murderous violence. A synagogue in Poway, California was the scene of a similar event, motivated by similar dynamics just six months later. Both assassins were motivated by rhetorical garbage posted on right-wing websites, and not a misunderstanding of Zionism and Judaism. A study by the Anti-Defamation League revealed that 49 of the 50 extremist murders in 2018 were committed by far-right wing actors, as opposed to leftist sympathizers. It’s white Americans killing Jews, not brown-skinned Muslims from abroad!