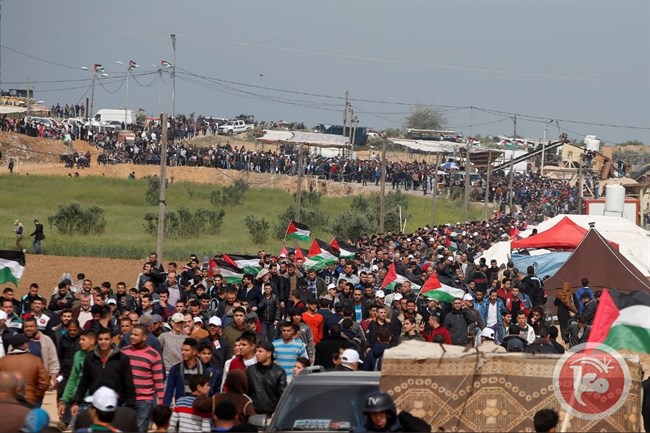 Ann Arbor (Informed Comment) – Americans were horrified to hear that Trump wanted to have US forces at the US-Mexico border to charge migrants with bayonets or shoot them in the legs. Michael D. Shear and Julie Hirschfeld Davis at the New York Times reported that Trump wanted US forces to fire on migrants as they sought to come into the country, aiming for their legs so as to injure but not kill them. Trump has denied that he urged these courses of action, but the Washington Post was able to confirm the conversation with staffers (who objected that these steps would be illegal and who simply disregarded Trump’s instructions. Among those who pushed back was then Secretary of Defense James Mattis, who is said to have insisted that US troops not “interact” with the migrants in any way.)

The Jupiter-sized blind spot of US media, however, managed to report on all this with horror without mentioning that this procedure, of shooting people massing on the border in the legs has over the past 18 months become the routine Israeli policy, so routine that the deaths and injuries inflicted by Israeli army snipers on largely peaceful Gaza Palestinian protesters no longer make the news for the most part in the United States.

Oh, you can find the carefully, clinically worded wire service reports on the Internet if you look for them, but they seem never to come on US cable “news” and if they appear in newspapers at all they are buried in back pages. Reuters reported on September 6, for instance,

“Israeli forces shot and killed two Palestinian teenagers including a 14-year-old during protests along the Gaza-Israel border on Friday, Palestinian health officials said. They named the dead as Khaled Al-Rabai, 14, and Ali Al-Ashqar, 17. Seventy protesters were wounded, 38 of them by live fire, medical officials said.”

But here is the long version of the past two weeks of Israeli mayhem against the protesters, via the United Nations Office for the Coordination of Humanitarian Affairs.

And, note these absolutely horrific numbers from Electronic Intifada:

“More than 210 Palestinians, including 46 children, have been killed during Great March of Return protests since their launch in early 2018. Some 9,200 others have been wounded by live fire, including 1,900 children.

At least 1,200 of those injured will require limb reconstruction, according to the World Health Organization.”

Israeli military PR people say that in the course of the past 18 months, some molotov cocktails, grenades and improvised explosive devices were lobbed at Israeli troops massed at the border from the direction of the protesters. There have also been occasional rockets fired from Gaza at Israel, but not by the protesters, and most of those rockets land harmlessly in the desert (they are more or less 8th grade chemistry experiments, lacking any sophistication or range, though they do occasionally manage to cause damage and have over two decades killed a handful of Israelis, which is also a war crime). The rockets are not connected to the Great March of Return protests, with the latter being mostly peaceful.

The fact is, then, that almost all those nearly 10,000 persons shot by live fire by Israeli professional snipers have been unarmed civilians posing no threat to anyone. This includes the 46 children killed and the 1,900 children carefully targeted by the snipers. They have high-powered scopes and the pattern of injuries proves that they are deliberately hitting those children, and targeting their legs.

The Israeli military doctrine is now that Palestinians can be shot like dogs whether they pose an immediate danger or not, if they simply stand near the Israeli barbed wire that herds Palestinians in Gaza into the world’s largest open-air prison. Some 70% of Gaza’s families were kicked out of their homes by militant Zionist militias in 1948, and many of the Palestinians there could walk home to their former houses (now occupied by settler colonialists who never paid a dime in reparations) in an hour or two.

In February of this year, an independent Commission of Inquiry established by by the United Nations Human Rights Council, pointed out that shooting protesters who pose no danger is a war crime.

A systematic pattern of war crimes amounts to a crime against humanity, according to the 2002 Rome Statute that established the International Criminal Court, ratified by most of the countries in the world.

The Statue says, “For the purpose of this Statute, “crime against humanity” means any of the following acts when committed as part of a widespread or systematic attack directed against any civilian population, with knowledge of the attack…” It goes on to mention murder, “Other inhumane acts of a similar character intentionally causing great suffering, or serious injury to body or to mental or physical health.”

The notorious thug Binyamin Netanyahu, now on trial for corruption, implicitly threatened reprisals against the International Criminal Court if it ever took up Israeli actions. Given the rah-rah attitude of the US Congress toward far right wing Israeli governments, and given that the US provides substantial funding to the United Nations Organization, Netanyahu’s threat was anything but idle. The US senate also threatened the ICC over this issue, at the urging of the Israel lobbies.

So the ICC may be intimidated, focusing instead on seedy deposed African dictators, but if an objective court of law were to take up Israel’s policy of sniping at will at innocent harmless civilians in Gaza, the country’s officials who ordered the sniping would certainly be convicted of crimes against humanity.

The Israeli army and government are now officially worse that the worst elements of the Trump administration, who told our president “no” when he wanted to do to Central American migrants what Israel is doing to the people they turned into homeless refugees.

Palestine Post: “Farwell of Gaza martyr”: ”
Palestinian woman lamenting her 20-year-old son who was killed by the Israeli occupation forces during the weekly Friday protests in the Gaza Strip.”