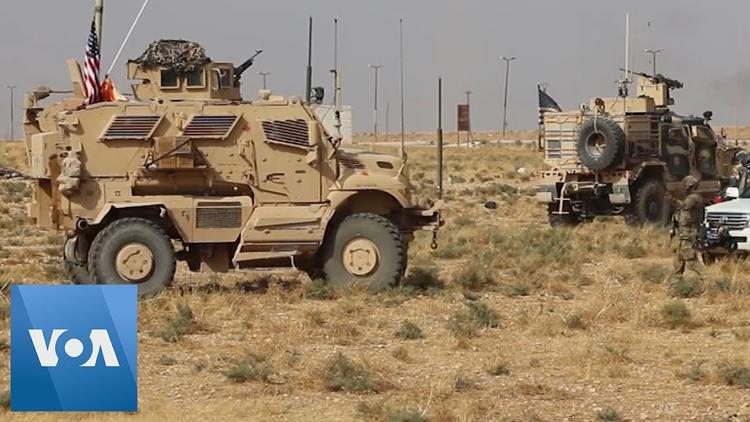 Turkey has invaded northeast Syria for the purpose of ethnically cleansing the indigenous Kurds to thirty miles deep from the Turkish border.

The fire was so intense that the US military seriously considered firing back, a step that could have provoked an unprecedented firefight between two NATO armies.

The Turkish military was given the positions of US troops “down to the grid level,” and so it is possible that the attack on US personnel was deliberate. Otherwise it is hard to understand why the artillery fire was directed to the very place Turkey knew US troops were stationed.

The Fog of War in Syria –> Positions of US and French Bases in Syria in relation to Turkey's military campaign (See Map)
| graphic via @Metin4020 | pic.twitter.com/QmwyOGxhHx

It could also have been a case of “friendly fire,” an error by one ally in inadvertently hitting the other’s troops.

In the end no US troops were killed or injured, but it was a close call.

At the beginning of last August, Secretary of Defense Mark Esper had said that a unilateral Turkish invasion of northeast Syria was “unacceptable” and that the US would “prevent it.”

US officials told the press then that the Turkish plans were attended with extreme dangers for US troops in northern Syria that were embedded with Kurdish forces, which turns out to be a prophetic statement.

On the third day of the Turkish offensive, some 100,000 Kurds had fled from the Turkish border with Syria south about 12 miles to a southern ring of towns and villages.

In the negotiations last summer over what Turkey calls a “safety zone,” the US had insisted that Turkey not come into Syria more that 15 miles, while Turkey demanded to come down at least 30 miles.