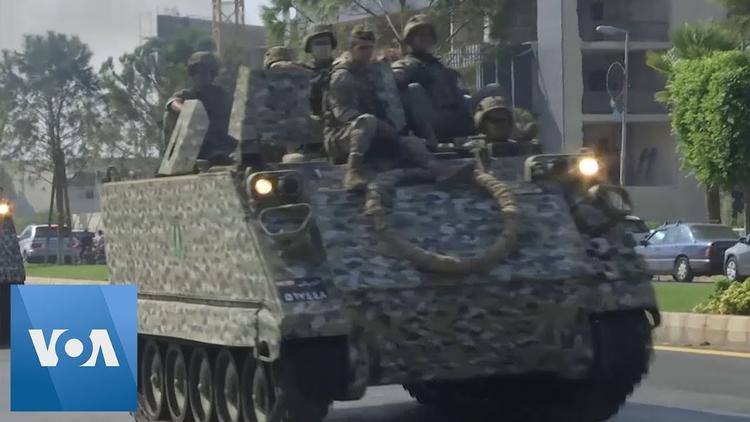 (Human Rights Watch) – (Beirut) – Lebanon’s security forces used excessive and unnecessary force against protesters in downtown Beirut on October 18, 2019, Human Rights Watch said today. The Internal Security Force’s riot police fired tear gas at thousands of largely peaceful protesters, including children, in downtown Beirut. The army cleared the areas, sometimes using excessive force, as riot police fired tear gas and rubber bullets at fleeing protesters. The anti-government demonstrations, which began on the evening of October 17, were prompted by the government’s announcement of new taxes, including on the messaging application WhatsApp, which it revoked hours later due to popular outrage.

However, the countrywide protests devolved into expressions of anger against the entire political establishment, whom they blame for the country’s dire economic situation. “Instead of protecting protesters demanding reform, Lebanese security forces beat and arrested them, causing far more havoc than the protesters,” said Sarah Leah Whitson, Middle East director at Human Rights Watch. “This should be a wake-up call to the Lebanese government that they can’t abuse the patience of their long-suffering citizens forever.” 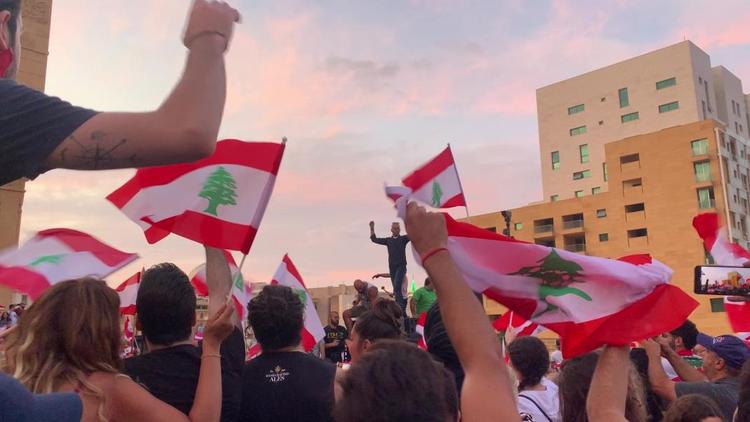 Thousands of protesters gathered across Beirut decrying what they called the government’s corruption and economic mismanagement and calling for its resignation. Similar protests took place in cities across the country, including Tripoli, Jbeil, Baalback, Saida, Sour, and Nabatieh. Human Rights Watch observed the protests in Beirut, which took place downtown, in Hamra, and the main highway to the airport. During the day, thousands of people who appeared to be from a variety of sects, socioeconomic classes, and ages gathered in downtown Beirut, chanting against corruption and seeking the formation of a new government.

Although most protesters in central Beirut appeared to be peaceful, some young men looted construction sites, including Bechara al-Khoury Street, and blocked roads with burning tires and trash, including around downtown Beirut and entrances to the city, impeding access to the airport. Human Rights Watch also observed a small number of protesters in front of the Grand Serail – the Prime Minister’s headquarters – throw fireworks at riot police guarding the building. Around 8 p.m. on October 18, Human Rights Watch saw riot police firing tear gas and rubber bullets into crowds at the largest gathering, in front of the Grand Serail, without warning, causing panic. Thousands tried to flee down one main road, El Amir Bachir Street, as the army blocked many side roads. < Human Rights Watch observed dozens of people having trouble breathing and vomiting from tear gas inhalation, including women and children. Some protesters were carrying people who had fainted because of tear gas. Riot police also fired tear gas at the dispersing crowds. “Lebanon’s security forces are among the best-funded government employees in the country,” Whitson said. “Clearly the government isn’t spending enough on training security forces on the appropriate and lawful use of tear gas.” Human Rights Watch spoke with a protester who was seriously injured by a rubber bullet. The 32-year-old musician, who did not want to be named for fear of retaliation, said that he and other demonstrators were playing music in Riad al-Solh, near the Grand Serail, when they saw the tear gas smoke. He was trapped between riot police and the tear gas, with nowhere to run. He said he saw a riot police officer point at him and then another officer fired a rubber bullet directly at him. The musician said he covered his face with his hands and realized one of his fingers was hanging off. He got to a hospital where he said a doctor warned he may lose his finger. He said he saw many injured in the hospital, including one person shot in the face by a rubber bullet. “Their [riot police] intention was to hurt us, not just to disperse us,” he told Human Rights Watch. “They shot directly at my face, not at my legs or in the air.” After the security forces used tear gas and rubber bullets, many protesters in downtown Beirut responded by smashing shopfronts and looting stores. Human Rights Watch observed security forces clearing protesters on El Amir Bachir Street, Syria Street, and Bechara al-Khoury Street. Riot police fired tear gas at crowds as the army advanced, clashing with some protesters. Videos show security forces apparently using excessive force against protesters. A local TV station showed footage that appeared to show a riot police officer violently kicking and beating a protester. In a video shared by a local journalist, a soldier appeared to repeatedly hit a fallen protester with a baton as another soldier seems to try to stop the journalist from filming. Images circulated on social media show individuals lined up face down on the streets after apparently being arrested by the security forces for participating in the protests. Human Rights Watch was not able to independently verify these images.

Ziad, a 38-year-old sound engineer arrested by riot police at around 9:30 p.m. in downtown Beirut, told Human Rights Watch that five police officers ran over and started punching him despite him raising his hands in surrender. He said they took him to security vehicles parked near Banks Street and forced him and other protesters to lie face down with their hands tied as security officers hit and insulted them. Less than an hour later, security forces put him and 35 other detainees in a military vehicle and took them to Al-Helo police station. Ziad said that he was not mistreated in the station and was released on October 19. It is unclear how many protesters were injured or arrested on October 18. The Internal Security Forces announced the arrest of 70 individuals, but activists estimate that the total is close to 300. Other activists are reporting that many of those arrested were released bearing marks of abuse.

The Lebanese authorities should respond to the demonstrations in a proportional and lawful manner. They should release anyone arrested solely for peacefully exercising their right to free expression and assembly, Human Rights Watch said. The government should initiate an independent and impartial investigation into the conduct of the security forces and compensate victims of unlawful force by the security forces. Under United Nations basic principles, law enforcement officials may only use force “when strictly necessary.” Should they use force, they must exercise restraint and ensure any use of force is proportionate. If security forces cause serious injuries, there should be an independent investigation leading to prosecutions, if the use of force is found to be unlawful. “There is no excuse for beating and arresting peaceful protesters,” Whitson said. “The Lebanese authorities can’t beat the grievances out of their citizens and think these problems will go away.”