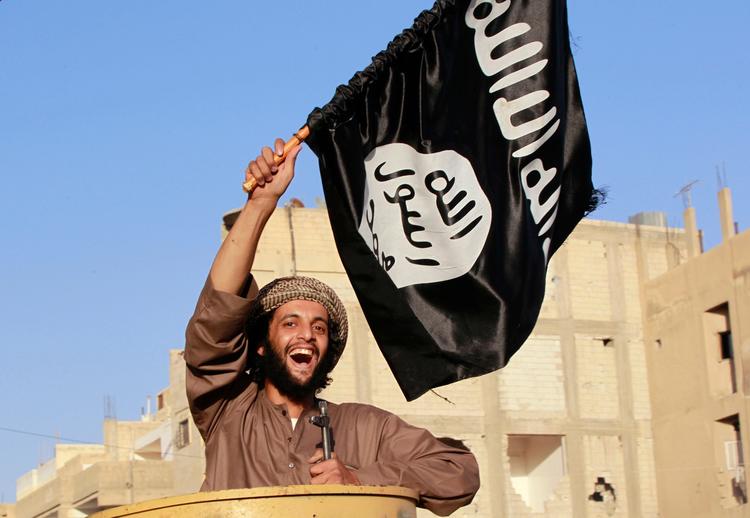 Abu Bakr al-Baghdadi, the leader of Islamic State (IS), is dead. After US special forces raided his safe house in Idlib province in north-west Syria, Baghdadi reportedly fled and detonated a suicide vest, killing himself and three of his children. Over the past several years, there have been constant reports of his death but up until now, none of these reports have been verified.

The death of Osama bin Laden in 2011 did not lead to the end of al-Qaeda, but what does al-Baghdadi’s death mean for IS?

Al-Baghdadi was most likely born in the Iraqi city of Samarra in 1971. Though he was a poor student with bad eyesight, he rose to command al-Qaeda’s Iraqi division. He was captured by US forces in a raid in 2004 in Falluja, Iraq, but was not considered to be particularly important at the time. Few would predict that al-Baghdadi would rise to such a position of power. He was not noted for being particularly charismatic or memorable.

By 2010, al-Baghdadi took control of the group that would be eventually called the Islamic State, a group whose predecessor was Al-Qaeda in Iraq (AQI). AQI had been led by Abu Musab al-Zarqawi until he was killed in 2006. Under the helm of al-Zarqawi, AQI had become one of the region’s most brutal and effective insurgent groups, controlling the flow of resources and foreign fighters into Iraq. By 2007, the group had almost faded away, but by 2009 it was gaining support in Sunni tribal areas now known as the Islamic State in Iraq.

By the time al-Baghdadi took over, a rift had grown between the wider al-Qaeda group and IS, which had been simmering since al-Zarqawi led AQI. To al-Qaeda, Baghdadi was excessively violent and counter-productive to al-Qaeda’s objectives. Extravagant brutality such as beheading Muslims would alienate most Muslims. Al-Qaeda was also alarmed at IS’s predatory strategy of taking territory and resources from other rebel groups.

Al-Baghdadi, for his part, had no interest in subsuming IS under the wider leadership of al-Qaeda. He sent delegates (who were mostly of Syrian descent) into Syria after the Syrian war began in March 2011, a decision which al-Qaeda rejected. After repeated attempts by al-Qaeda to convince al-Baghdadi to move out of Syria, it officially cut its ties with him in February 2014.

Al-Baghdadi believed that al-Qaeda was ineffective, and had failed to set up an actual state.

Declaration of the caliphate

In June 2014, al-Baghdadi made his first public appearance delivering a sermon from a mosque in the recently captured city of Mosul, where he claimed to come from the same tribe as the prophet Muhammad. He also brazenly declared himself to be the caliph – or the political and religious leader of the Muslim community. Though this declaration was universally rejected by Islamic authorities, his plan of setting up a caliphate attracted thousands of foreign fighters to his cause.

At the height of al-Baghdadi’s power, IS had set up organisational structures across multiple countries and created a de facto state, the size of Belgium with 8m people living under its control. He established a brutal justice system, legalised slavery, collected taxes and provided a handful of public services.

While bin Laden was more concerned with overthrowing modern Arab dictators, eliminating Israel and knocking over Western symbols of power, al-Baghdadi focused more on reviving the glory of the past. His dramatic vision for IS attracted those that wanted to be considered to be part of a line of warriors that extended back to the Prophet Muhammad.

By 2017, IS’s fortunes started to turn. It had inspired or helped to plan a series of terrorist attacks in Belgium, the US, France and Turkey that drew increasing resolve from the West to step up efforts to eliminate the group. Iraq’s forces also became more effective against IS, eventually retaking Mosul in 2017.

By March of 2019, IS surrendered its final territorial stronghold in Baghouz, Syria after extensive fighting with the mostly Kurdish, Syrian Democratic Forces. IS no longer had territory that it could lay claim to, and without territory, it could not claim to be a valid caliphate.

In an attempt to strengthen his standing, al-Baghdadi appeared in a video in April to demonstrate that the group could still exist, even if it lacked territory. He tried to energise his fighters to redouble their efforts. This would be only the second time that he would appear to the public.

His decision not to appear in person was about ensuring his own safety. Airstrikes had already caused a series of injuries. To avoid being caught, he never used mobile phones and frequently changed safe houses.

This makes his presence in Idlib province in Syria where he died somewhat surprising. The province is controlled by Hayat Tahrir al-Sham, an Islamist militia fiercely opposed to IS. The region is also currently under siege by Russian and Syrian forces.

What’s next for IS?

As I’ve argued in my own research, for most terrorist groups which are hierarchically organised, the death of a leader signals its demise. In fact most terrorist groups fall apart within a year of forming once the group has been decapitated. Terrorist groups that are larger and more cellular in structure, such as al-Qaeda, have been able to weather the deaths of leaders, helping to explain the group’s longevity.

IS will likely name a successor to lead the group, and al-Baghdadi tried to prepare his followers that he would not live forever. But it could now start to operate in a way similar to al-Qaeda with a cell like structure, where it may attempt to plan terrorist attacks to signal its continued relevance to its followers. It needs to attract new numbers as it has seen its membership dwindle since its territory has disappeared.

The US decision to pull out of Syria has compromised the Kurds, who were managing detention centres holding captured IS fighters. The Turkish advance into Kurdish held territory in north-eastern Syria has led to the escape of several hundreds of IS fighters. The US, however, already claims it has gathered further intelligence from al-Baghdadi’s compound that will continue to weaken IS.

Studies of terrorist groups that have managed succession raise concerns that when one leader dies, the leadership that follows can be less disciplined, more violent and determined to exact revenge. Given Baghdadi’s penchant for brutality, it’s hard to imagine how that’s possible.