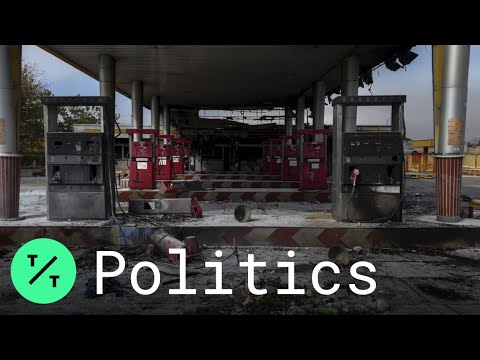 According to Iranian news outlets, protests erupted in more than 100 places across Iran on November 16 after the government announced a sharp increase in the price of gas the evening prior. Government sources have confirmed at least five deaths during the protests and the violent government crackdown, including one police officer, while Iranian human rights groups estimate dozens more casualties; Amnesty International states that more than 100 protesters are believed killed. Fars News agency, which is close to Iran’s Islamic Revolutionary Guard Corps (IRGC), reported that as of November 17 authorities arrested 1,000 people and more that 100 banks have been damaged in this period. The national security council has also ordered the shutdown of country’s internet since the evening of November 15. While some news agencies and government offices appear to have regained access to internet, ordinary Iranians are still largely cut off from the global network, with network connectivity at a staggering 4 percent of the normal level as of November 19.

“Authorities are brutally repressing Iranians who are frustrated with an autocratic, abusive government and its policies and who bear the brunt of negative economic consequences of renewed US sanctions,” said Michael Page, deputy Middle East director at Human Rights Watch. “By severing Iranians from global internet connectivity, the authorities are hoping to hide their bloody crackdown on their own people from the rest of the world.”

Videos and photos on social media reviewed by Human Rights Watch showed protests in the cities of Tehran, Isfahan, Shiraz, and numerous other cities in the provinces of Alborz, Isfahan, Tehran, Kurdistan, Kohgiluye va Boyerahmad, Ilam, Kerman, and Khuzestan, with banks, gas stations, and government buildings set on fire. Official news websites and authorities have confirmed the death of five protestors (two in the city of Bumehen, one in Shahriar city, and one in Islamshahr city, which are all located in Tehran province, and one more killed protester in Sirjan in Kerman province), in addition to a police officer.

Mohammad Mahmoud Abadi, the interim Sirjan governor, confirmed the death of a protestor in the protests that erupted on the night of November 15 after the gas price increase and said the security forces are not allowed to directly shoot at demonstrators and can only shoot in the air to protect fuel tanks in the city. On November 17, Masoud Morsalpour, the governor of Shahriar, told Fars news agency that among the “rioters,” as he called them, were those who intended to enter the Basij base in Chahardangeh neighorhood, and that as a result one person had been killed and seven others injured.

Parliamentarian Assodall Abbasi told Entekhab news agency that Mahmoud Shahneshin, a parliamentarian from Shahriar, told a closed-door parliamentary briefing concerning the fuel price demonstrations that a protestor who initially was thought to have been killed with a bullet had died after he was hit by a rock that left him unconscious. Multiple videos posted on social media from the protests, however, show security forces apparently directly targeting protestors. For instance, multiple videos posted on Twitter show security forces in the cities of Javanrood in Kermanshah province and Shahriar in Tehran Province apparently directly shooting at protestors. In another video labeled as being filmed near Vafadar street in Tehran, security forces appear to be directly shooting at the protestors who are throwing rocks. The Kermanshah police confirmed the death of an officer who was shot dead during the clashes.

On the evening of November 15, NetBlocks, an international nongovernmental organization that monitors shutdowns and other internet restrictions, reported significant disruption and ultimately a near-total block of Iran’s internet. On November 18, Mohammad Javad Azari Jahromi, Iran’s telecommunications minister, confirmed that the national security council ordered the internet shutdown. According to Netblocks, on November 19, Iran’s connectivity to internet was at 4 percent of its normal level. Several Iranians have also reported receiving text messages from what appears to be judiciary offices of Alborz province warning them about attending the protests and threating them with legal prosecution.

On November 18, IRNA news agency reported that IRGC forces in Alborz province arrested 150 leaders of the unrest. “Some of the detainees have confessed that they had been recruited by people trained inside and outside the country and received money to damage public property,” IRNA added. On the same day, IRGC announced in a statement that, “If needed, its forces will respond to the continuing unrest in ‘a decisive and revolutionary manner.’”

Authorities have also arrested several critics and activists over the past few days. According to local human rights groups, authorities arrested Soha Mortazai, a student activist who was staging a sit-in to protest a ban against her to continue her education; Abdolreza Davari, a political activist close to former president Mahmoud Ahmadinejad; and Sepideh Gholian, a labor rights activist who was recently release from prison. Videos on social media shows Gholian participating in the protests.

Under international human rights standards, law enforcement officers may use force only when strictly necessary and to the extent required to achieve a legitimate policing objective. Forces should only use teargas when necessary to prevent further physical harm; where possible, they should issue warnings before firing. They should take into account the likely impact of their use of teargas, especially in enclosed spaces or if fired at close range, on vulnerable groups, including children. During violent protests, the use of teargas should be proportional to the seriousness of the offense, should meet a legitimate law enforcement objective, and should preferably be used alongside other non-lethal methods. The deliberate use of lethal force is permissible only when it is strictly necessary to protect life.

The UN Basic Principles on the Use of Force and Firearms by Law Enforcement Officials require authorities to promptly report on and investigate all incidents of law enforcement officials killing or injuring people with firearms through an independent administrative or prosecutorial process.

Internet shutdowns violate multiple rights, including the rights to freedom of expression and access to information and the rights to peaceful assembly and association. Under international human rights law, Iran has an obligation to ensure that internet-based restrictions are provided by law and are a necessary and proportionate response to a specific security concern. Officials should not use broad, indiscriminate shutdowns to curtail the flow of information nor to harm civilians’ ability to freely assemble and express political views

“Iranian authorities are desperately shutting off the global and internal flow of information in Iran in the hope that the outside world will turn a blind eye to their brutal crackdown,” Page said. “International bodies should press Iranian to immediately reconnect Internet and investigate the abuses.”