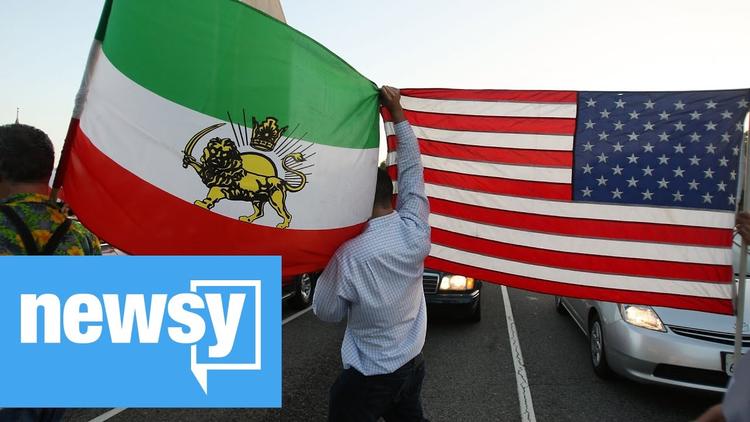 Ann Arbor (Informed Comment) – Iranian president Hassan Rouhani said this week that the United States used to justify its military presence in Syria on the grounds that it was fighting terrorism. He said that Donald Trump has let the cat out of the bag and admitted that the real reason is to steal Syrian petroleum.

Rouhani warned that usurping the resources of Muslims is the American purpose throughout the Middle East.

He pointed to the American complicity in the dispossession of the Palestinian people, and admitted the the US had to some extent succeeded in its goals.

Rouhani also said on Tuesday that US president Donald Trump’s erratic behavior made it impossible for him to trust the US enough to have a meeting.

Rouhani complained that Trump says one thing one day and another thing the next.

He confirmed that when he came to New York in September for the meeting of the United Nations General Assembly, he got feelers from the US seeking a meeting between him and Trump, in return for which Iran might receive sanctions relief.

Rouhani said that if there had been a different sort of president in the White House, he would have held the meeting and the relations between the two countries might have rapidly improved. But he just could not trust the erratic Trump enough to meet.

At his news conference with Turkish president Erdogan on Wednesday, Trump again affirmed that the US “has the oil.” He sent hundreds of US troops, whom he had withdrawn from norhtern Syria, back into the northeast of the country to secure Syrian oil fields and deny them to the Syrian government. Trump said, “We’re keeping the oil. We have the oil. The oil is secure. We left troops behind, only for the oil…. But again, we’re keeping the oil.”

Trump is a one-man recruitment office for anti-Americanism in the Middle East, and Rouhani’s accusations will be met with a lot of acceptance throughout the region.