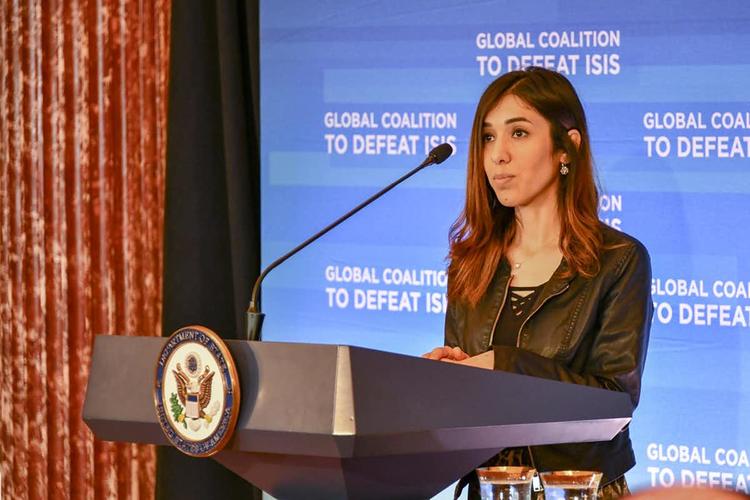 It’s been five years since the Islamic State killed 3,100 Yazidi people in Iraq – mostly men and the elderly – forced 6,800 women and children into sexual slavery, marriage or religious conversion and sent hundreds of thousands fleeing.

The Islamic State saw the Yazidis as infidels with no right to exist under the extremist group’s rule. The Yazidis are a Kurdish-speaking Mideast minority whose monotheistic religion differs from Islam, Judaism and Christianity. They have a distinct historical lineage and no systematic requirement of fasting or prayer for the faithful. The Yazidis have lived in northern Iraq since at least the 12th century.

Today, more than 3,000 enslaved Yazidi women and children in Iraq have been freed from IS captivity, but life is far from normal.

Since 2017, we have interviewed over a hundred Yazidi survivors, both in Iraqi Kurdistan and in Germany, where several thousand Yazidis have sought asylum since the massacre. Our research documented long-lasting emotional, cultural and spiritual effects from the violence they experienced.

This once tight-knit religious community has been transformed by the Islamic State’s assault, albeit in different ways for different people.

Those who survived the August 2014 massacre – which the United Nations has declared a genocide – now live as displaced people in Iraqi Kurdistan or as refugees abroad.

For many Yazidis, religious practice has been replaced by a struggle to survive.

“I don’t care what will happen to the Yazidi identity in the future, or if all Yazidis live in foreign countries,” said Gule, a displaced Yazidi woman we met in a Yazidi village in Duhok, Iraq.

To protect the anonymity of our interviewees, who continue to be vulnerable and insecure, we refer to them by their first names only.

Gule, who once had a house in her village, now lives in a tent with her children and chronically ill husband. All she wants for Yazidis is “a house, an income.”

Being targeted for their religious identity has made Xidir, a young man in his late 20s, disillusioned with religion in general.

“When you look at what has happened, not only this genocide [but] all these wars, all this violence, you see it is because of religion,” Xidir told us.

Xidir lives in a camp for displaced Yazidis in Iraqi Kurdistan and struggles to provide for his family.

“I don’t believe in any religion anymore,” he told us. “I wish I could erase all religions from the Earth.”

Others have had the opposite experience.

The Yazidis have long led a precarious existence alongside their Muslim and Christian neighbors in Iraq. The Islamic State’s assault was a bitter reminder that they are a persecuted people, causing many to feel more strongly committed to their faith.

“Before I would say, I am a Yazidi, and that was it. But now it is different,” said Azad, who had escaped to Kurdistan with his family during the IS attacks. “When I say I am a Yazidi [now], I embrace it in a whole new way.”

Some of the Yazidis we spoke with expressed greater concern for Yazidi holy sites like the Lalish temple complex in Iraqi Kurdistan. They said they were determined to preserve Yazidi oral traditions, such as religious hymns known as “qawls,” and to pass their faith on to future generations.

But they are not necessarily strict practitioners of the Yazidi religion, praying daily or making pilgrimages to the Lalish. In fact, many Yazidis we interviewed in Germany – like other war refugees just struggling to survive in their new homes – had become more secular.

Their renewed interest in their Yazidi identity was primarily cultural and political. They advocate for their community on social media and see Yazidis as a separate ethnic group with a unique history – a people that should have autonomous political representation in Iraq, perhaps even self-rule.

The status of women in Yazidi society has also changed since the massacre, our research found.

Despite some recent advances in women’s rights, the Yazidi culture remains deeply patriarchal. Women’s educational attainment, labor participation and political representation is very low. Many Yazidi women marry as young as 15 and become financially dependent on, and socially subordinate to, their husbands for the rest of their lives.

This social structure was upended by the Islamic State’s highly gendered attack, in which men were killed, while women and girls were kidnapped.

We also met some Yazidi women working outside the home for the first time.

“I work with people from all backgrounds, I travel alone,” said Leila, a college graduate from Sinjar who works for an international Christian philanthropy.

“My family respects this, as I contribute to the family budget,” she said. “I feel confident and proud of myself.”

The lives of most Yazidi women, however, are more precarious than before.

Many lost not only their homes but also their husbands, fathers and brothers – the breadwinners. And while the Yazidi religious leadership welcomed women survivors back from IS captivity, the community strongly opposes integrating the children born of rape by IS members, forcing some mothers to make an impossible choice between their children and their people.

‘I am not afraid to tell my story’

When we met 31-year-old Nesreen in the summer of 2018, she was living in a Yazidi village in Duhok, Iraq. She told us her husband was killed by IS and that she and her two children had endured almost three years of enslavement.

No one in her family had received therapy. They all live together in a tent, dependent on a monthly allowance of 100,000 Iraqi dinars – around US$84 – from the Kurdistan regional government.

With the help of her brother, Nesreen had written a manuscript telling the story of her captivity.

“I escaped the hell and I am not scared to tell my story,” she told us. But, she wondered, “How can we get a normal life after all this?”