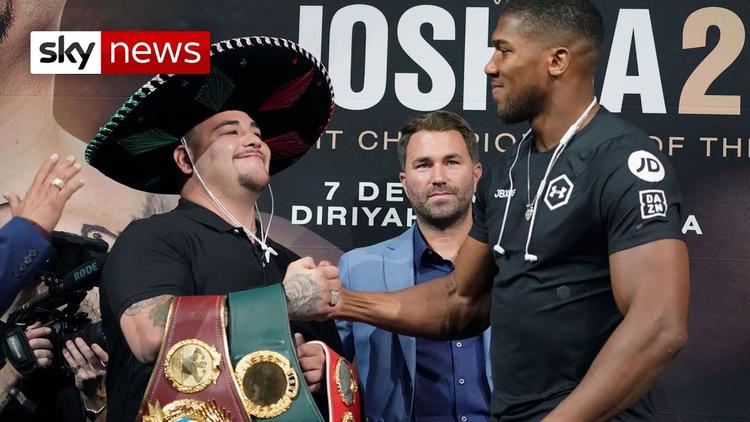 (Human Rights Watch) – Saudi Arabia has been better known of late for serious human rights violations than sports spectacles. Yet the country is hosting the December 7 heavyweight world title boxing rematch between Andy Ruiz Jr. and Anthony Joshua, with likely millions watching around the world. A month later, the kingdom will host the Dakar Rally, a legendary desert race.

Under Saudi Arabia’s Vision 2030, Saudi Crown Prince Mohammed bin Salman is rolling out ever more entertainment and sporting events, an apparent attempt to “sportswash” away its abusive rights reputation using large-scale events, with highly controlled environments, to show a progressive face of the kingdom.

But fans and viewers need to look past the glamour of these events. A recent Human Rights Watch report shows another side of Saudi Arabia, with widespread rights abuses including mass arrests and detention, a crackdown on dissent and free speech, surveillance and hacking, and jailing of the country’s most prominent women’s rights advocates, including Loujain al-Hathloul.

Sponsors, broadcasters, and athletes are affected by sports organizations’ choices to hold major events in countries that don’t respect basic human rights. In January, more than a dozen women drivers will take part in the Dakar Rally, another opportunity to highlight that the Saudi women’s rights activists who fought for and won the right to drive in Saudi Arabia remain banned from travel, on trial or behind bars.

World Wrestling Entertainment (WWE) has grappled with fan anger since its 2014 10-year deal with the Saudi government, and has only recently negotiated for its female stars to be able to wrestle in the kingdom.

One positive dimension of Saudi Arabia’s newfound enthusiasm for sports is that the rules of sport increasingly require adherence to international human rights standards. As businesses, many sports bodies are increasingly adopting policies to ensure events are not brought to rights-abusing hosts. Earlier this year, the country’s bid to host an expanded 2022 World Cup failed in part due to human rights concerns. Increased pressure from fans and consumers would help ensure Saudi Arabia’s sports-hosting ambitions also raise the bar for human rights.

Instead of using sports to rehabilitate its global image, it would be cheaper and easier for Saudi Arabia to simply undertake fundamental human rights reforms and respect the basic rights of its citizens in order to improve its image and standing in the world.