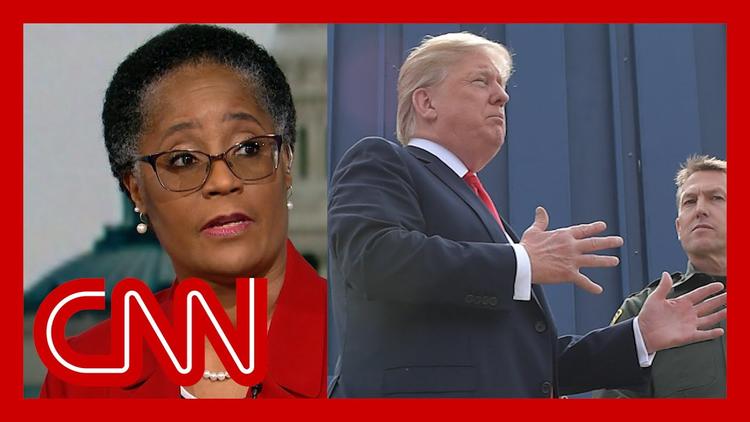 Who gets to live in the United States?

It’s a contentious question, particularly as the Trump administration works to limit entry to the U.S., through policies like 2017’s travel ban, as well as increased use of detention centers. Meanwhile, others continue their fight to keep the borders open.

As I look back at our stories from 2019, I’m struck by how many times this question recurred – in cases involving asylees, migrants and aspiring citizens.

In the past, when asylum seekers showed up at the border, they were processed by U.S. Customs and Border Protection officials.

This changed in 2018 with the introduction of “metering.” Seekers are now told that the border crossings are full and that they have to wait in Mexico until space becomes available.

That’s left thousands of people waiting in cities along the border. In May, the number waiting was up to 19,000, more than triple what it was the previous November.

“The increase in the number of asylum seekers and longer wait times has put a stress on shelters in Mexican border cities, which all reported to us that they were over capacity,” wrote University of California San Diego’s Savitri Arvey and University of Texas at Austin’s Steph Leutert.

Today, many of the people seeking asylum at the southern border come from Honduras, Guatemala and El Salvador.

And “there are more overall migrants coming to the U.S. than a decade ago,” writes Rogelio Sáenz, a demographer at The University of Texas at San Antonio.

Possible explanations for this decrease include the increasing militarization of the southern border, an increase in detentions and deportations, and Mexico’s improved economy.

In 2015, nearly half a million minors born in the U.S. lived south of the border, more than double was it was in 2000. Many of these citizens have Mexican-born parents.

“We do not know what the future holds for this large group of young U.S. citizens with deep roots in both countries,” write Claudia Masferrer, Erin R. Hamilton and Nicole Denier, researchers who have studied census records on this group.

Like Dreamers, “U.S. citizen minors in Mexico also live in mixed-status families, but in some ways the challenges they face are distinct: They have the possibility for legal integration, but still face barriers to social and economic integration in Mexico.”

The question of who gets to be a citizen and live in the U.S. has long been complicated.

“Historically, not all children born of U.S. citizen service members stationed overseas have been granted U.S. citizenship nor legal recognition,” writes Victoria Reyes, a sociologist at University of California, Riverside.

Reyes studies children born to Filipina mothers and U.S. servicemen, a group that, for years, has waged an unsuccessful battle for recognition. An estimated 25,000 to 50,000 Amerasians, who have not been granted citizenship, remain in the Philippines today.

Meanwhile, applications for citizenship are backlogged, with more than 700,000 applications piled up as of Sept. 17.

Wait times for processing those applications have doubled over the last few years, with the average applicant waiting to hear back for 10 to 18 months.

That means they have to put many aspects of their lives on hold.

“Keeping people who are eligible for citizenship from participation in choosing their president and voting on high-stakes policies is a problem,” writes Ming Hsu Chen of the University of Colorado Boulder. “In addition, immigrants’ eligibility for employment and public benefits hinges on citizenship.”

Editor’s note: As we come to the end of the year, Conversation editors take a look back at the stories that – for them – exemplified 2019.

CNN: “Judge reveals why she quit over Trump’s policies”