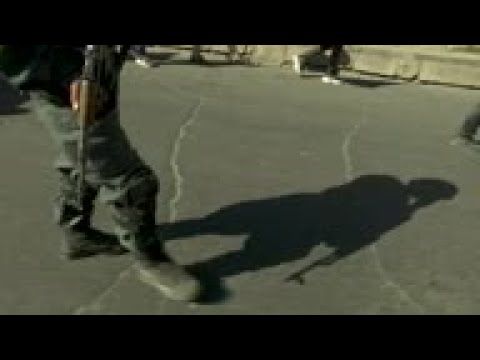 ( TheThirdPole.net ) – It has been two years since severe drought forced twenty nine-year old Amena and her four children to leave their village Petaw Qol in Waras. Now, they reside in Bamyan city.

“My husband is blind and I was responsible for the farming. Wells gradually dried up and the river, one of our only sources of water, began to dry up too. I brought animals to carry water over long distances, but gradually there was not enough water for the animals either,” she said. “Once I had to carry many heavy water containers and miscarried at four months pregnant. When we discovered that our lands were turning to dust, and there was not enough drinking water to survive, we had to leave the village.”

As drought grips Afghanistan, farmers are being forced to migrate to cities like Bamyan, the ancient city pictured here [image via: wikipedia]

Amena and her family have been displaced by the worst drought this century in Bamyan province, central Afghanistan [image by: Fariba Housaini]

Afghanistan’s worst drought this century affected the central provinces like Bamyan and Daikundi. Lack of precipitation in Bamyan has left most of its farming and grazing land parched, officials at the International Office of Migration (IOM) at Bamyan have said. According to their assessment, drought has affected around 26,200 families in Bamyan and around 128 families in Daikundi. Waras, one of the biggest districts in Bamyan, is this year facing its most severe drought in decades as the cumulative effect of several years of low rainfall has led agriculture to collapse.

The signs of the coming drought were evident as far back as March 2018, when NASA satellites measured the lowest snowpack amount since 2001. Unlike most of the other countries of South Asia, Afghanistan does not get most of its rain in the monsoon. It is, therefore, critically dependent on the snow that falls during the winter months, and which feeds its rivers during the planting season.

By October the effects of the low rainfall had become evident, with reports suggesting that the drought had displaced more people in 2018 than the ongoing violence. Decades of war have critically degraded Afghanistan’s infrastructure, but it has also had a disastrous impact on managing data. Records during war years, especially from outlying provinces, just do not exist, which makes it hard to plan for eventualities, even those that are apparent in advance.

In the case of the continuing drought in Afghanistan, though, both satellite data and scientific models predicted less low snowfall would hit Afghanistan’s food supply. But this year’s conflict, in which the Taliban attacked the Afghanistan government’s capabilities in all regions, also limited the ability to mount effective counter-drought measures.

In some parts of Afghanistan, displaced people had to resort to selling their children to deal with drought. The situation in Bamyan was not that critical, but it was bad enough.

Mohammad Tahir Zuhair, the governor of Bamyan, said that there were, “four districts of Bamyan that are highly affected by drought: Panjab, Sayghan, Yakawlang 2 and Waras.” Sometimes, when families saw their wheat crop failing and wells drying up, they had to sell their livestock at a very cheap price and join farmers migrating elsewhere.

Zohair said, “Drinking water and food have been distributed among the affected families in Bamyan with the help of ministry of agriculture, and other related local and international organisations but we are working on how to overcome of this challenge in the long term.”

Qurban Ali Sharifi, from Shew Qol in Waras district, left his village and went Bamyan, the provincial capital, with seven of his family members. “Most of my relatives and neighbours left Waras as living there without water was impossible. Some families had to buy 2,000 metre pipes to bring water into their house for their basic needs, and it took around an hour to fill up a very small container of water. Some other families had to buy water brought in by cars. But all of these options were too expensive for my family. During the past three years, around 80% of the farm produce failed because of the drought,” he says.

Aziza, another migrant from Waras, came to Bamyan with her husband and two-year-old son. She said, “My husband was a government employee in the city and I was responsible for farming in our village last year. Drought affected our farms and the wells dried up gradually, so we struggled to get enough clean drinking water. Our wheat farms failed and we could not make money. I was worried for my child’s health.”

Aziza and her family abandoned their farm after the wheat crop failed [image by: Fariba Housaini]

The governor told thethirdpole.net that there has been some support for the affected families but they are trying to come up with the long term-solutions to overcome of this issue. Unfortunately this is not a problem with an easy solution. The increasing irregular weather patterns brought on by climate change will continue to affect snowfall, and thus water availability, for Afghanistan into the future. In the meanwhile the conflict continues to eat away at critical resources, and the availability of professional help, to deal with the problem.

While 2019 [saw] more rainfall for Afghanistan than 2018, the deep underlying problems of trying to rebuild agriculture in a country ravaged by war, and increasingly affected by climate change, are not going to go away soon.

This piece was first published in January 2019