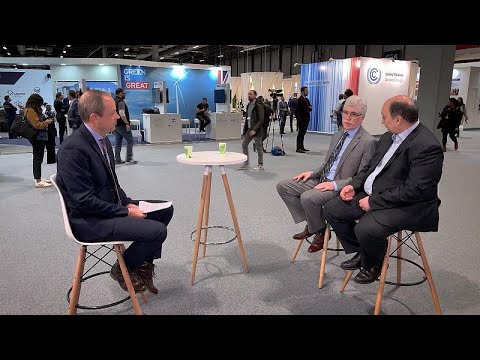 (Special to Informed Comment) – In the wake of the disappointing UN COP 25 climate conference in Madrid, thousands of climate scientists are exhorting governments publicly, with an existential sense of urgency based upon the most up-to-date science, that we are doomed within decades if we do not act immediately to slow the climate crisis. Within just a few years, the tempered language of climate change has been overridden by the urgency of climate crisis and climate emergency.

This past October 11,000 scientists from 153 countries declared a climate emergency and warned that “untold human suffering” is unavoidable without huge shifts in the way we live. The scientists cited their moral obligation to “clearly warn humanity of this catastrophic threat.” Throughout 40 years of global climate conferences and negotiations, we have largely remained economies reliant on fossil fuels and proceeded with cutting and burning forests. The climate crisis “is accelerating faster than most scientists expected,” they wrote… ”It is more severe than anticipated, threatening natural ecosystems and the fate of humanity”…”potentially making large areas of Earth uninhabitable.”

The same month nearly 400 scientists and engineers from over 40 countries signed a declaration in support of civil disobedience protests and actions to force government action in the face of the climate emergency. “We believe that the continued government inaction over the climate and ecological crisis now justifies peaceful and non-violent protest and direct action, even if this goes beyond the bounds of the current law.” Grounding their declaration of civil disobedience in conscience, they stated, “The urgency of this crisis is now so great that many scientists feel, as humans, that we now share a moral duty to take action.”

On November 26, a new United Nations report forewarned, ”only drastic and unprecedented emissions reductions can stave off the most devastating consequences of the climate crisis.” The non-binding commitments at the 2015 Paris climate conference made by countries to reduce their climate warming emissions, even if met, are setting us on track for a drastically overheated world. “The point of no return is no longer over the horizon. It is in sight and hurtling towards us,” added UN Secretary General Antonio Guterres.

On November 28, seven expert climate scientists released a dire message that we are “approaching planetary tipping points” and “within a few years…humankind could enter a state of potentially catastrophic climate change.” Tipping points, such as the possibly irreversible melting of the Antarctic and Greenland ice sheets, which would raise sea level by up to 14 meters (45+ feet), and the impending death of all coral reefs, which support 25% of marine life and the protein source of many countries, are upon us.

These are the most extreme warnings ever issued by scientists, who generally modulate their statements to avoid apocalyptic language and dire predictions. “The science is screaming,” and climate emergencies are cascading from all continents of this planet: this is what climate scientists collectively are telling us.

What’s holding back rapid and radical action? Chiefly profit-seeking, future-be-damned fossil fuel corporations, financial systems that invest and trade in them for short term gain, corporate media that entertains and avoids hard truth, and governments bought off by fossil fuel industries and that deny the climate crisis, our own being the worst case, as the world “hurtles” toward untold human suffering.

What is in our power as citizens to do? I can think of 4 possibilities:

· Vote in a president in 2020 that will immediately declare a climate emergency and launch an action plan such as the one proposed by 500 national environmental, labor, and medical organizations for a Climate President. None of the aggressive climate actions needs Congressional approval.

· Challenge our country’s romance with the military, the largest institutional polluter, including climate pollution, in the world in order to reduce and reinvest the defense budget in the Green New Deal.

· Lobby for environmental education at every level of public education; for local politicians to sponsor and support aggressive state climate crisis legislation; and for local newspapers, radio and television to consistently cover the climate crisis.

· Given our incomparable responsibility for the climate emergency – being the largest contributor of global warming emissions by far – accept the climate crisis as a condition for refugee status. The havoc of extreme drought and floods has driven migrants from Central America to our borders.

How do we live with this existential reality? In the words of scientist Guy McPherson “make the most of what we can do now, with an emphasis on excellence in every endeavor, all the while accepting that we are on our way to extinction (sooner rather than later…).”

Euronews: “How extreme can our climate become? Expert analysis at COP25”