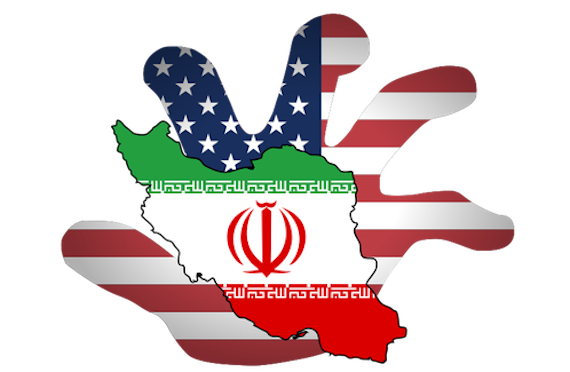 ( Foreign Policy in Focus) – President Trump’s foreign policy has led the U.S. on a perilous course with Iran, resulting in a dangerous moment for U.S.-Iran relations. Yet rather than threatening obliteration — or sympathizing with Iranian protesters only when it is politically expedient — the U.S. should pursue a civilian focused, diplomatic strategy informed by feminist foreign policy principles to guide engagement with Iran.

A feminist foreign policy emphasizes diplomatic “soft power” by challenging Trump’s cartoonishly masculine assumption that militaristic “hard power” is the only way to make us safer. In addition to redefining the best approach to establishing security, it reconceptualizes security by prioritizing the needs and interests of marginalized civilians.

A feminist foreign policy is not imperialism in disguise. Justifying war based on women’s rights, as President Bush and many others did in Afghanistan, is not feminist foreign policy. Instead, the policy places the rights and outcomes of all people (for whom war is surely harmful) at the forefront of strategic considerations.

In Iran, the economic devastation wrought by escalating U.S. sanctions is being felt by civilians, culminating in the recent outbreak of protests over an abrupt increase in fuel prices. Since pulling out of the Iran nuclear deal, Trump has maintained his goal is to apply “maximum pressure” to Iran in an effort to re-negotiate a “better deal.” Meanwhile, Iranians are left to suffer while U.S. officials tweet their disingenuous sympathy and support of protesters.

The destruction of the Iranian economy at the hands of U.S. sanctions and subsequent civilian protests is a familiar strategy from the U.S. playbook of overthrowing regimes. The U.S.-orchestrated 1953 coup in Iran, which heavily influenced the current relationship between the two nations, followed a similar strategy.

Today, the U.S. is at a crossroads. It can continue down the current, destructive path of violent, economically induced regime change — or embrace a feminist foreign policy toward Iran. The latter approach shifts the focus away from military force and domination toward diplomacy and the integration of the experiences and viewpoints of the most marginalized Iranian citizens. First and foremost, it should re-enter the nuclear deal with Iran that Trump foolhardily withdrew from.

More broadly, the grievances of the Iranian people should be central, and their ability to effectively self-determine their country’s path should not be underestimated. Under U.S.-imposed sanctions, there is no capacity for Iranian civil society to meaningfully impact its future. The constraint of Iranian civic space and civil society reduces the likelihood that Iranian civilians can collectively organize and build movement power. Removing U.S. sanctions would facilitate civil society and provide breathing room to advocate on their own behalf for the types of freedom they desire.

To be clear, the Iranian government is highly problematic. There are significant issues in the areas of human rights, women’s rights, freedom of the press, and free speech, to name a few. Iran’s government effectively shut down the internet in a failed attempt to suppress the spread of information about the nationwide protests, while carrying out untold violence against demonstrators.

At the same time, maximum pressure-style U.S. foreign policy toward Iran is not working. Indeed, the protests were triggered by the government’s imposition of steep fuel price increases, which resulted from U.S. sanctions on Iranian oil exports. Under the sanctions, ordinary citizens are suffering, and the government continues to tighten its control. Following the U.S. decision to abandon the Iran nuclear deal, Iran is now slowly taking steps out of compliance with the international agreement.

All this has left the U.S. closer than ever to war with Iran. A U.S. president under domestic pressure makes the situation even more volatile.

The U.S. must reimagine its entire framework for engaging with Iran. Rather than demanding the cooperation of Iranian protesters as a means to an end, their interests and desires should be at the vanguard of U.S. policy decisions toward Iran.

A feminist foreign policy strategy could achieve this, though I am afraid this approach will not come from within the walls of the present White House — or any other government entity deeply tied to a “military-solutions” paradigm. If there’s ever to be genuine and just peace between the two nations, diplomacy must be the priority, and Iranian civil society must be acknowledged and respected.

Kristin Henderson is a research affiliate for War Prevention Initiative based in Portland, Oregon.