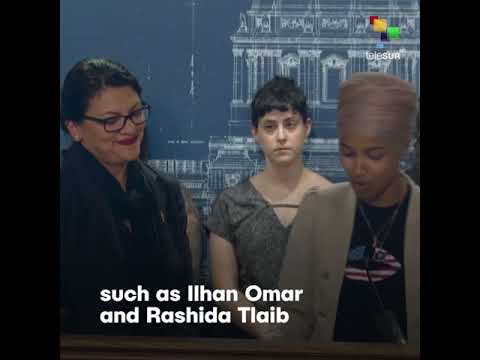 Last week, a Guardian investigation traced a network of Facebook accounts fuelling far-right Islamophobic pages around the world to Israel. Journalists at the UK daily uncovered a plot to take over some of Facebook’s largest far-right pages in an attempt to foment hatred towards Islam and Muslims while fostering support for Israel, in a report titled Inside the hate factory.

As many as 21 of the of the biggest far-right Facebook pages churning out hatred of Muslims at an industrial scale were tracked to “a mysterious Israeli-based group.” Thousands of coordinated fake news posts per week were being produced and circulated to millions of followers around the world.

Major concerns over foreign interference were highlighted in the report published as part of the Guardian’s “transparency project.” It found that messages that were being spread as part of a covert plot included those linked to right-wing terror groups.

Posts from the pro-Israel group stoked what the authors described as “deep hatred of Islam across the western world and influence politics in Australia, Canada, the UK and the US.” Israeli groups were found to be “amplifying far-right parties such as Australia’s One Nation and vilifying Muslim politicians such as the London mayor Sadiq Khan, and the US congresswoman Ilhan Omar”. The latter, like Labour leader Jeremy Corbyn, has been the target of a merciless smear campaign to label the Minnesota representative as an anti-Semite.

Details that should raise questions over the anti-Semitism row gripping the British public since Corbyn became leader in 2015 include the fact that attacks on left-wing politicians were timed at critical points in national election campaigns. False stories claiming that Corbyn had said Jews were “the source of global terrorism” were spread to millions of Facebook followers.

While the Guardian investigation shed light on this worrying development that threatens to undermine the democratic process, it failed to adequately address the reasons for the rise of such networks within Israel. The authors suggested that these groups peddling anti-Muslim hate and spreading pro-Israel propaganda were motivated in “milking the traffic for profit” and seeking to “create a commercial enterprise that harvests Islamophobic hate for profit.”

Their suggestion, though, ignores a plethora of data indicating that the industrial scale production of hatred towards Muslims and the circulation of fake news by pro-Israel groups is more than just the commercialisation of hate.

It should be noted that one of the top priorities of Benjamin Netanyahu’s government in 2015 was to deal with the global rise in pro-Palestine activism. His solution was to adopt a more aggressive response to, for example, the global Boycott, Divestment and Sanctions (BDS) movement. Netanyahu appointed his Ministry of Strategic Affairs to marshal pro-Israel sympathisers and create covert, anonymous groups to target pro-Palestine activists, often with the help of professional political consultants.

Since the ministry’s launch, Israel has put together a million dollar troll army of more than 15,000 to “influence foreign publics” and “battle” BDS. At times the recruitment drive is rather shameless. In May, for instance, Israel embarked on a massive recruitment drive for its online propaganda campaign through an initiative unveiled by the Ministry of Strategic Affairs.

Details of the tendering process for recruiting pro-Israeli activists were published in the British newspaper The Jewish Chronicle. The right-wing community paper has led a vicious campaign against Corbyn with several sensational headlines including a warning to the British public that Jews would flee the UK if Labour were to win this month’s general election. The Israeli government offered $1.6 million to successful candidates for creating online campaigns designed to combat BDS and to offer support to anti-Palestinian groups hosting pro-Israel events across the world.

In the same month Israel launched a recruitment drive in the Jewish Chronicle, its firms were uncovered by Facebook for meddling in the elections of several African, Asian and Latin American countries. The social media giant traced the accounts to Archimedes Group, a private company based near Tel Aviv which had engineered the campaign.

While Israeli firms have developed a reputation as the go-to places for anyone wishing to manipulate election results, these arsenals of propaganda have been deployed most successfully in efforts to vilify pro-Palestinian groups and critics of Israel. Earlier this year an investigation found fake online accounts being used to fuel the anti-Semitism row within the Labour Party. Several Twitter accounts posed as Corbyn supporters while issuing virulent anti-Semitic posts.

Similar tactics uncovered in the Guardian investigation appear to have been used in the campaign against Labour. There were reasons to suspect that the accounts, seemingly supporting Corbyn while spreading anti-Semitism, belonged to the same person or group. Six of the 10 fake profiles were ostensibly Muslims that posted some of the most disturbing anti-Semitic posts, including direct calls for violence against Jews. In one instance the fake Twitter accounts responded to the targeting of the official Twitter accounts of Corbyn and his deputy, John McDonnell, by threating “Jihad” against “Jews” alongside a bloody graphic of a knife.

In the US, a Jewish daily newspaper, The Forward, uncovered practices of pro-Israel groups that resembled tactics that maybe best described as guerrilla warfare on social media. A series of articles were published by the paper exposing the source of funding for many of the hyper-aggressive and shadowy groups believed to be spearheading a coordinated hate campaign against critics of Israel.

Community heads and prominent Jewish organisations with a carefully-crafted and respectable public profile were found donating millions to fund projects targeting students and lecturers. On a number of occasions, their blind support for Israel has seen them bankroll far-right and anti-Muslim hate groups. A series of Forward exposés revealed that one of the many foundations controlled by the Jewish Community Federation of San Francisco, a major Jewish charity with an annual budget of over $100 million, had donated to groups whose work has drawn comparisons to a McCarthyite blacklist.

For those that have been following the rise of hate groups and fake news, the Guardian’s investigation on far-right Islamophobic sites being spread around the world by networks located in Israel will not have come as a shock. With Israel increasingly seen by racists and far-rights extremists as an ideal political model to fulfil the aspirations of ethno-religious nationalists, this worrying pattern of the vilification of Muslims is set to continue. While at this moment Islam and Muslims may be their target, the ultimate goal is to accelerate the retreat of a multi-national system founded on the ideals of a rules based international order, respect for human rights and minorities.

If this sounds hyperbolic, consider the statement of US Secretary of State Mike Pompeo, who last month reduced Palestine to an extra-legal matter by urging us to dispose of the legal framework for determining right from wrong on the question of illegal Israeli settlements. The trend has been set and many an autocrat and dictator are sure to follow.

Via a href=”https://www.middleeastmonitor.com/20191209-its-not-just-muslims-threatened-by-israeli-groups-churning-far-right-hatred/ “> The Middle East Monitor