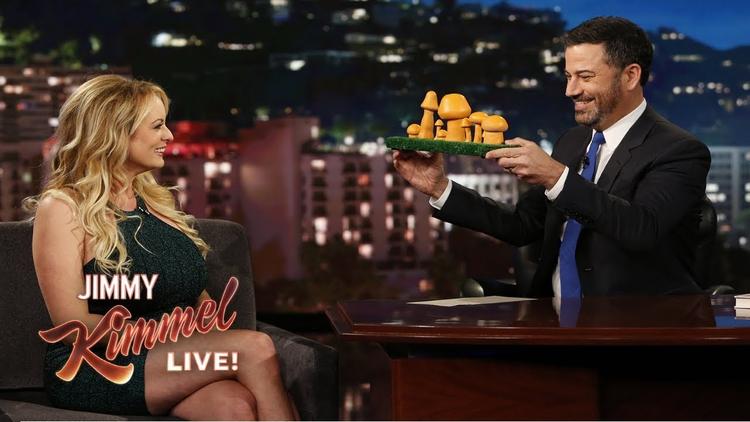 Ann Arbor (Informed Comment) – Early twentieth century humorist Will Rogers once remarked, “I am not a member of any organized political party. I am a Democrat.” Nearly a century later, the observation is still true.

The Democrats should have added a charge in the impeachment of Trump for the Stormy Daniels scandal. Trump paid the porn star $130,000 to acquire her silence in fall of 2016 lest she reveal his affair with her and lest the subsequent scandal should sink his political campaign for president. Common Cause has argued persuasively that this payment, about which Trump lied publicly and repeatedly, violated campaign finance laws because he did not report it to the Federal Election Commission. There are many questions about the payment, in fact. Did Trump instruct Michael Cohen to lie (that would be impeachable in itself)? Was the money from his campaign fund? Were taxes paid on it?

Some Democrats in Congress have objected to impeaching Trump on this charge because it was a matter of private comportment (and they are still raw about the impeachment of Bill Clinton on grounds of private conduct and lying about it). And I agree that Newt Gingrich and Lindsay Graham were just playing to their Evangelical base hypocritically when they went after Clinton, and Democrats shouldn’t take up political puritanism.

But Trump’s bribe to his former paramour was not a matter of private comportment. It was an attempt illegally to buy an election by depriving the voting public of knowledge to which they had a right. It was election fraud just as much as the pressure on Ukraine was.

Trump’s attorney Michael Cohen was convicted in part on this crime, and the Mueller investigation looked into it. There would be a lot of good testimony and documentation to be had about the payment and its illegality.

Ms. Daniels, moreover, would be a much more riveting fact witness than the beleaguered diplomats subpoenaed over the Ukraine affair.

The reason that this would have been a smart move politically (not that Democrats are typically capable of such a thing) is that it is in Republican terms indefensible. Just imagine Republican professional liars like Doug Collins (R-Ga) trying to defend Trump on this one, with his constituency of little old lady Evangelicals listening in.

You get my point. All that tap dancing around the facts might be boring and distracting when it comes to diplomacy in Ukraine, but if deployed in defense of Trump on the Daniels issue, the very performance would be damning for his constituents.

Of course, this charge would have turned the proceedings into a political circus. But then Rep. Matt Gaetz (R-Fl.) and his colleagues, along with Trump himself, rather produced a circus anyway. It might as well have been entertaining for the rest of America.

The Democrats have no killer instinct in politics, which is why the Bushes and the Trumps keep handing them their asses. I can remember when Obama was working on the Affordable Healthcare Act, and Ted Kennedy’s Senate seat was open, and he called up that sleazeball Scott Brown, who won that seat, and promised him that Congress wouldn’t take up the bill until Brown was seated. That’s why the ACA was such a mess. If you cared about passing health care for all Americans, you would have passed a strong bill when you had a two-month majority, a bill that did not depend on the good will of Republican governors and could not easily simply be undone by GOP stonewalling and undermining.

As it was, the Ukraine affair was certainly impeachable and involved an abuse of power and the invitation to a foreign government to become entangled in an American election. All that is true, and the Democrats were right to forge ahead. But it isn’t an issue with broad bipartisan appeal, and so Nancy Pelosi will pick up no Republicans in either the House or Senate.

Meanwhile, the American plutocracy is deepening at an alarming rate, with McConnell approving court judges like one of those tennis ball machines popping out balls for players, with a trillions-dollar tax cut for the super-rich that did nothing for ordinary Americans, and wealth concentrating the hands of a few hundred billionaires. If the Democratic Party was supposed to stand up for the little guy, it isn’t doing a very good job. And its unwillingness to play hardball has allowed the opposition to defang it and change the rules of the game so radically that now Republicans are routinely just tossing hundreds of thousands of people off state voting rolls. Today’s vote won’t change any of those realities.