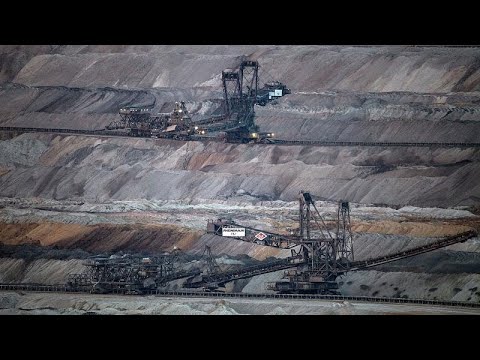 ( Clean Energy Wire) – The German government has officially approved the end of coal-fired power production in Germany. Chancellor Angela Merkel’s cabinet adopted a law detailing plant shutdowns and compensation payments for coal companies, confirming a commission proposal made last year to end coal no later than 2038. The government says the new law, which still has to be adopted by parliament, ensures massive cuts in greenhouse gas emissions and will cushion the disruptive effects on coal regions. But critics say the law violates the commission compromise, whereas other say it makes ending coal unnecessarily expensive. , and warn the country must avoid distorting prices in the European emissions trading system (ETS), which might shift emissions saved in Germany to other EU countries.

The German government has adopted a legal framework for the country’s coal power phase-out. The law sets the path for ending the fossil fuel no later than 2038, the year agreed by a commission tasked with sketching a path for ending coal decided in early 2019. Following an agreement on compensation payments and a decommissioning schedule for lignite (brown coal) plants made with states and coal companies in mid-January, the government has now fixed similar steps for hard coal.

“The coal exit is finally taking shape,” economy minister Peter Altmaier said. He argued the package would allow the implementation of the phase-out “with legal certainty, economic prudence and social balance.”

An alliance of NGOs and civil society organisations including Greenpeace, Campact, Fridays for Future, Ende Gelände and others, meanwhile, said the law would mean a cancellation of the hard-fought commission compromise made last year, echoing a criticism also voiced by former commission members in the week before. “The coal exit commission’s plan already had been inadequate, but its implementation is a catastrophe,” said Lara Eckstein of Campact, pointing out that more villages near coal mines would be destroyed despite the phase-out.

Lisa Göldner of Greenpeace said “the last word has not been spoken regarding the coal exit.” The NGOs announced that large-scale anti-coal protests would again take place in the coming months, for example at the new coal plant Datteln 4 or at the Hambach Forest in western Germany.

Altmaier rejected accusations the new law violates the coal exit commission’s compromise. “We’ve implemented practically all of the commission’s ideas,” he said, such as a steady reduction of Germany’s coal capacity and avoiding severe economic difficulties in mining regions. He added the government decision would pave the way for highly efficient gas-fired power plants as a “transitional” technology to ensure power supply security and affordability until Germany establishes a climate-neutral energy system.
Germany’s phase-out attempt watched closely around the world

Environment minister Svenja Schulze said the law would make it legally binding that Germany “gradually reduces its overall CO2 emissions by one quarter” with the coal phase-out alone. “That’s an important international signal,” Schulze said, arguing that the world would watch closely how climate action and the coal exit pan out in Germany. She stressed that creating new economic perspectives for coal regions and greatly increasing the expansion of solar and wind power capacity would now become priorities.

Germany has officially set in motion the gradual withdrawal from coal, joining other major economies in the global farewell to the climate-damaging fossil fuel. However, Germany’s coal phase-out is made more challenging by the fact that the country also ends the use of nuclear power by 2022.

Faced with stagnating greenhouse gas emissions despite a rapid expansion of renewable power, chancellor Merkel’s grand coalition in 2018 set up the expert coal exit commission to come up with a plan. In early 2019, the task force recommended shutting the last coal-fired power plant by 2038 at the latest. Now that the government has moulded the proposal into legislative drafts, parliamentarians get the final say in a process that could last several months.
Auctions for hard coal shutdown compensation

For hard coal plant operators, the new law stipulates auctions for taking capacity off the grid according to the government’s timetable until 2026. After that, there will be forced closures depending on the plants’ age and CO2 output.

Operators can apply for compensation payments in auctions where the lowest bidders will be awarded. Hard coal plants in southern Germany are exempt from the first round of auctions in 2020 as they are regarded as more critical to supply security. Compensation payments for hard coal plants will be capped at 165,000 euros per megawatt (MW) in 2020 and then decline gradually [Find more details in the factsheet Spelling out the coal exit].

The coal exit law prescribes equal annual reductions of lignite and hard coal capacity combined. Thus, in years in which a smaller amount of lignite capacity is set to go offline (as agreed in the lignite phase-out schedule), more hard coal plants will be shut down and vice versa.

Euronews: “Germany reaches agreement to phase out coal by 2038”