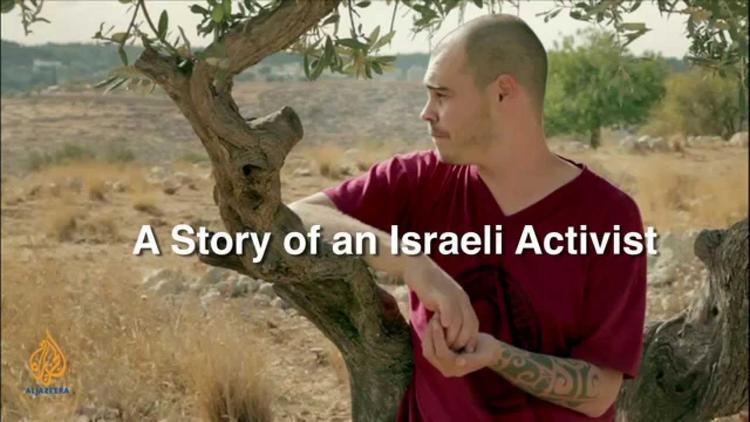 ( Middle East Monitor) – Back in my mid-twenties, I went off to Palestine to become a solidarity activist.

I volunteered with the International Solidarity Movement (ISM) – a group which used to take part in non-violent Palestinian protests in the West Bank and the Gaza Strip.

All told, I spent the best part of two years in the West Bank, with Palestinians living under the Israeli occupation regime.

I was lucky enough to be able to travel all over the West Bank, meeting many Palestinians. They were all united in their loathing of the Israeli military dictatorship, dictating even the most minute aspects of their lives.

Like many other volunteers, I witnessed the horrors of what the Israeli occupation imposes on the Palestinians: the violence, the racism, the general injustice.

The ISM always needed people to write and edit reports and press releases on its solidarity actions. More short-term volunteers, often only in the country for two or three weeks, would want to spend their time at demonstrations meeting Palestinians, rather than being confined to the ISM’s dingy, little office apartment in Ramallah.

So more often than not, I found myself in that office writing reports on what I had seen for the ISM website, or editing and publishing the reports of other volunteers. I began to realise that I was a far better writer and editor than I was an activist – and here I am today, writing about Palestine and the Israel lobby as my profession.

Although I was often the one to stay behind in the office, especially during the latter period of my time in Palestine, nonetheless, I did attend many different Palestinian protests against the Israeli occupation – the apartheid wall, the settlements, the midnight arrests, the racism, the violence, the oppression.

One of the main sites of Palestinian popular struggle against the occupation at that time was Bil’in, west of Ramallah.

There, every week without fail, the small agricultural village would rally after the mosque emptied for Friday prayers, and march together in protest towards the village’s collective lands nearby.

The nearby Israeli settlement of Modi’in Illit was expanding rapidly. And Bil’in’s village lands were being confiscated and destroyed, in order to build the racist ‘separation barrier’ (more accurately, the apartheid wall) to keep the Palestinians out of this Jews-only colony.

This is what the villagers were protesting for: their basic human and political rights. All Israeli settlements in the West Bank are illegal under international law. The Fourth Geneva Convention states that the occupying power – in this case Israel – is prohibited from transferring any part of its population into the occupied territories. In fact, under this convention, settlements constitute a war crime.

The Bil’in protests were part of a wider wave of peaceful popular uprisings in Palestine, that began from 2002 onwards, when construction of Israel’s racist wall began. At these demonstrations, you could always count on some familiar sights.

As well as the Palestinians protesting against the Israeli soldiers, there would usually be a small group of ‘internationals’ – i.e. mostly white solidarity activists from Europe and the US. There were usually also a handful of Israeli dissidents, there to express active solidarity with the Palestinians.

All three groups – Palestinians, internationals and Israeli dissidents – experienced the violence of the Israeli occupation, as soldiers attacked their non-violent protests with clubs, tear gas, rubber-coated steel bullets and even, sometimes, live rounds.

The Palestinians were the main targets of this violence, and the rest of us suffered from it far less, due to the racist nature of the Israeli army.

Throughout all those years, and many times subsequently, amongst the Israelis, the one face you could always depend on to turn up at protests all over the West Bank, was Jonathan Pollak.

A young anti-occupation activist from Jaffa, and part of the small Anarchists Against the Wall network, Jonathan was probably the single most dependable person to turn up at these protests, week in and week out.

As Bil’in village resistance leader, Mohammed Khatib, explained in an article this week: “Jonathan has played a prominent role not only in Bil’in but in many other villages across Palestine. Every young person who has participated in West Bank demonstrations against Israel’s colonisation knows him as Jonathan, the human rights defender. Jonathan, who refuses to normalise the occupation. Jonathan, the animal rights defender. Jonathan, who refuses to be identified by his citizenship or religion, but as a free person.”

Jonathan put his words into action, and his body on the line. He has suffered immensely as a result, paying a very real price for his humanist, anti-racist convictions.

Jonathan probably sees it at the greatest honour that he has been treated by the Israeli occupation authorities, almost as if he were Palestinian himself. He has been targetted by false allegations and fabricated prosecution cases – and now he sits inside an Israeli jail on the latest such trumped-up charges.

He has been imprisoned before, a decade ago, for refusing to stop protesting. He was sentenced to three months in jail for the ‘crime’ of protest against Israel’s siege on Gaza. “I’ll go to prison with my head held high,” he told the judge at the time.

And now, speaking from inside an Israeli dungeon once again, Jonathan still calls for privileged Israeli Jews to cross the line and join the Palestinian struggle against Israel’s colonial rule: “An open rebellion against the regime has been taking place for decades, carried out by the Palestinian resistance movement. The price paid by those involved in it is immense. Jewish citizens of Israel must cross over and walk in their footsteps.”

That the left in Britain is almost totally silent on the plight of this brave imprisoned human rights activist – just as they are for Palestinian political prisoners in Israeli dungeons – goes to show what a success the Israeli campaign to silence Palestinian solidarity under the dishonest guise of ‘fighting anti-Semitism’ has been.

Al Jazeera English from 2014: “Palestine Remix- An Israeli against Israel”