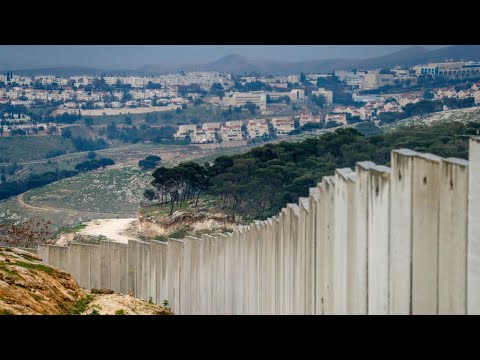 Settlements are at the root of serious, systematic violations of Palestinian rights, undermining their livelihoods and economy. Transfer of an occupying power’s civilian population to an occupied territory violates the Fourth Geneva Convention and, under the Rome Statute of the International Criminal Court, is a war crime. Business activities contribute to entrenching settlements, and the rights abuses and two-tiered Israeli discriminatory system that stem from them.

“The long awaited release of the UN settlement business database should put all companies on notice: to do business with illegal settlements is to aid in the commission of war crimes,” said Bruno Stagno, deputy executive director for advocacy at Human Rights Watch. “The database release marks critical progress in the global effort to ensure that businesses end their complicity in rights abuses and respect international law.”

The much-anticipated UN report lists 112 business, 94 domiciled in Israel and 18 in six other countries. Among the companies listed are Airbnb and Booking.com, which contribute to rights abuses by facilitating housing rentals on land confiscated from occupied Palestinians, who themselves are barred from staying there. The list also includes several Israeli banks that finance settlement construction. Human Rights Watch has issued reports documenting the business activities in the settlements in both cases.

Before publishing the report, the UN rights office communicated with the companies involved, answered questions, and provided them with information. The report indicates that several companies contacted by the UN responded by ceasing their settlement activities. The report will bring a degree of transparency to business activities and help build pressure on companies to stop contributing to rights abuse and to comply with their human rights responsibilities.

In publishing the database, the UN high commissioner fulfilled a mandate entrusted to her by the UN Human Rights Council in a resolution adopted in 2016 without opposition. The database, as well as a list of businesses facilitating rights abuses against the Rohingya published by a UN Fact-Finding Mission on Myanmar in August 2019, set important precedents in the global effort to ensure that businesses respect their responsibilities, in accordance with the UN Guiding Principles on Business and Human Rights.

The UN High Commissioner’s Office noted that businesses that cease their settlement-related activity can seek removal from the database and recommended that the Human Rights Council should provide for updating the database annually.

“The publication of the database underscores the international community’s firm rejection of Israeli and US efforts to legitimize Israel’s illegal settlement enterprise and to whitewash the resulting human rights abuses,” Stagno said. “When the UN’s Human Rights Council meets later this month, it should act to ensure that the database remains a living resource that dissuades companies from contributing to unlawful land grabs and harsh discrimination against Palestinians.”