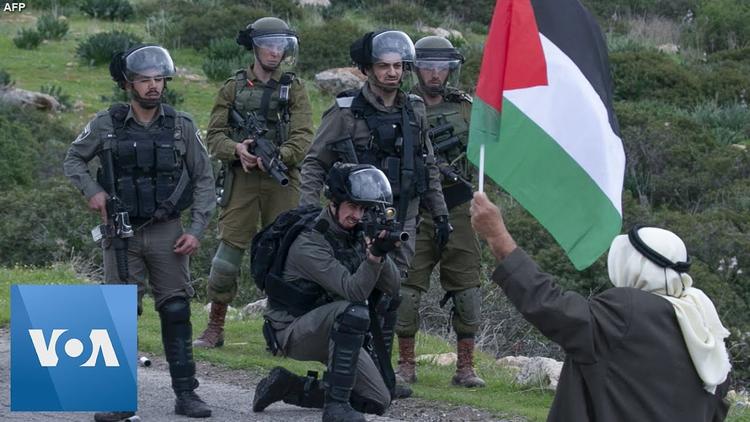 Nothing is further from a peace effort than the plan that Israel and the Donald Trump administration have concocted for Palestine.

Previous American administrations have all been pro-Israel, and they’ve made every effort to circumvent international law.

But previous U.S. administrations have never formally challenged international law, and they considered the West Bank and Gaza occupied territories.

Support for Israel previously consisted of pressuring the Palestinian Authority, by buying it off if necessary, to get the Palestinians themselves to sign away their rights, thereby allowing international law to be circumvented.

But the present American administration has gone a step further by transplanting its embassy to Jerusalem and recognizing the annexed city as the unified capital of Israel.

The U.S. Israel-Palestine deal openly violates the principles of international law and, if implemented, would set a dangerous precedent. Presented as the “deal of the century” by its proponents, the plan consolidates the occupation of the West Bank, the dispossession of Palestinians and the establishment of an apartheid system under which different laws apply to subjects living in the same territory.

These laws are essentially based on religion: Israel defines itself as a “Jewish state” and it discriminates among the people living under its control accordingly. Christian and Muslim Palestinians, for example, experience the same type of political domination.

The U.S. plan aims to legalize the series of “facts on the ground” that the Oslo Accords had authorized.

It should be recalled that the 1995 Wye River Memorandum, known as Oslo II, divided the West Bank into three zones.

Area C was exclusively under Israeli control and included all the rest of the West Bank, including the settlements and the Jordan Valley. This division was presented as temporary. It was supposedly a gradual way of restoring control of the West Bank to the Palestinian Authority, with a view to a final settlement to be reached within five years.

Area A was the first step, with others to follow as confidence was rebuilt between the two sides.

However, the Oslo Accords proved to be a decoy. In the years following their signing, Israel intensified settlement activity and the dispossession of Palestinians from their land.

Israel expanded existing settlements, created new ones, destroyed thousands of Palestinian homes and completely snuffed out the Palestinian economy. These abuses have been rigorously documented by the Israeli organization B’Tselem.

All of this was considered illegal, including by Canada and various U.S. administrations, despite the fact that Israeli occupation policies were also strongly supported by Canada and the United States.

Palestinian protests were considered counterproductive since there was supposedly a peace process that should not be disrupted. On more than one occasion, Canada has thus shamefully manoeuvred, in co-ordination with Israel and the United States, to prevent the signatories to the Fourth Geneva Convention of 1949 from meeting to consider Palestinian demands. In 1999, for instance, the meeting was quickly adjourned without allowing for a discussion of the situation on the ground. The excuse: It would undermine the “peace efforts” underway since the Oslo Accords.

The plan developed by the Trump administration, in close co-operation with Israel, would legalize Israel’s stranglehold on large parts of the West Bank, thus consolidating the occupation and dispossessing Palestinians, once and for all, of an important part of their heritage.

The plan would also allow Israel to legally occupy the whole of Jerusalem, whose municipal borders had been extended to include an additional 71 square kilometres taken from the West Bank.

It would also give Israel the Jordan Valley and the vast majority of settlements in the West Bank, where municipal borders are much wider than the occupied area. That means the occupation of these territories would become permanent, dispossessing Palestinians of a significant part of the 22 per cent of their remaining territory.

In addition, the apartheid regime currently in effect would be consolidated and made permanent.

Under that regime, individuals living in the West Bank are subject to two different types of law, depending on whether they’re Jewish.

For Palestinians, for example, there are enormous restrictions on their movement, even between non-contested parts of the territory that would be allocated to them. Even a cursory examination of the map proposed by Israel and Trump shows the similarity with the Bantustan system created in South Africa during the apartheid era.

Hopefully Canada, with a record towards Palestine that isn’t very honourable, will not fall even further by supporting Trump’s rogue plan.