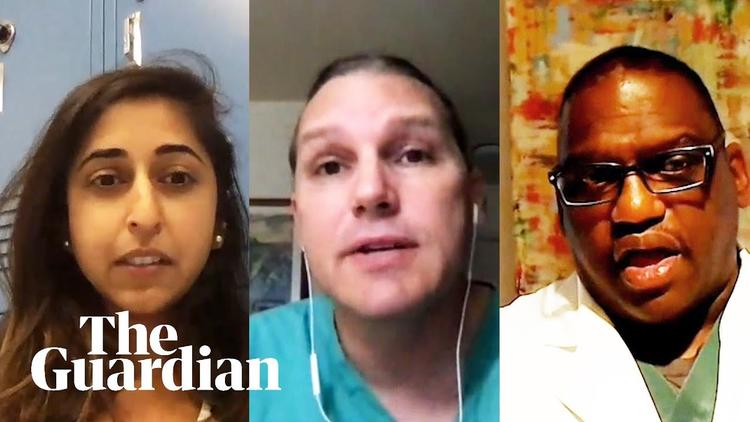 Ann Arbor (Informed Comment) – It turns out we need those foreigners after all, despite what Trump thinks.

The significance is that all those names are Muslim. After the boorish PM Boris Johnson spoke of Muslim women as “letterboxes” and broke Britain with Brexit to keep out immigrants, it is those immigrants who first gave their lives for the UK, on the front lines of fighting for the country’s health in the face of the coronavirus onslaught.

Trump has spent three and a half years dumping on immigrants to the United States, imagining them as rapists, gang members, and welfare moochers. He has even attempted to punish legal immigrants who ever fell on hard times and had to take public assistance by making it impossible for them to get citizenship.

Trump’s own complete uselessness has been revealed, as he frittered away January, February and early March being a coronavirus denialist. It is a hoax, he said. It is a nothing. We had 15 cases. It will just go away. It is like the ordinary flu. It shouldn’t interfere with the stock market or Trump’s reelection. All that time, he wasn’t warning the mayor of New Orleans to cancel the Mardi Gras festivities, wasn’t warning the mayor of New York of the coming disaster. He wasn’t ordering companies to make the masks and gloves and filters and ventilators that would be needed. Quite the contrary, he and his surrogates were telling people there was no problem here. He is worse than useless.

Now that the problem has hit, guess what? It is the physicians and nurses and other medical professionals who are on the front lines, struggling with a lack protective gear and key equipment because of Donald Johnny-come-lately Trump.

And guess what? Nearly nearly one third of American physicians are foreign-born. And about a quarter of nursing aides are first-generation immigrants. They are on the ramparts, our first line of defense, risking their lives every day during the pandemic.

Quite apart from immigration, the medical profession is not just Trump’s kind of white people. About 17 percent of US physicians are Asian-Americans. These are the same Asian-Americans against whom Trump fomented beatings and harassment by calling Covid-19 “Chinese.”

About 6 percent of our physicians are Hispanic. Fully one percent of them are Muslim, which is proportional to the Muslim-American population. Trump has been trying to keep Muslims from immigrating to the US, but we’d be lucky to have more devoted and courageous Muslim physicians right about now, from banned countries like Iran.

In fact, some of us would gladly trade Trump in for them. Maybe Tehran needs a tacky ostentatious hotel.

The Guardian: “US health workers on the coronavirus frontline”