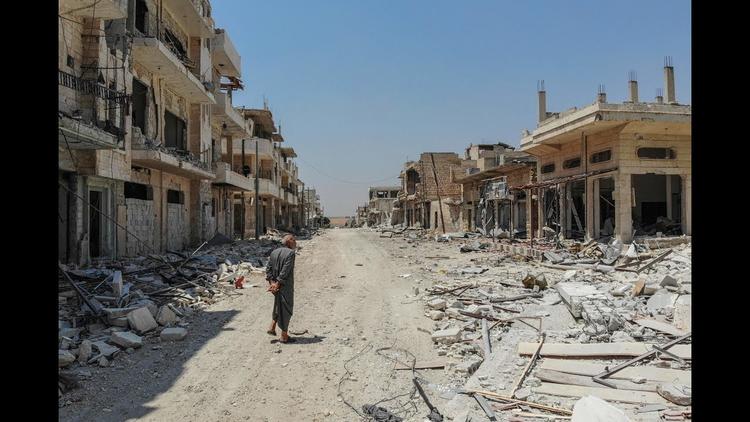 The Syrian province of Idlib, the remaining holdout of rebels fighting the regime of Bashar al-Assad, has experienced fierce fighting in recent months as the Syrian army, supported by Russia, has pushed to reclaim the territory.

Meanwhile, the expansionist impulses of Turkish President Recep Tayyip Erdoğan in north-west Syria brought Turkey into direct confrontation with Assad’s forces in Idlib and exacerbated tensions with Russia. A ceasefire was agreed in early March, but tensions in the region remain high.

Even before the military escalation in Idlib, the Turkish attack on Kurds in north-eastern Syria in October 2019 had added a layer of complexity to the conflict. Now the recent assaults on Syrians in Idlib have led to the exodus of an estimated 1 million civilians. UN officials said it was “the fastest growing displacement” they had ever seen in Syria.

Many people fled to Turkey, already home to around 3.5 million Syrian refugees. On February 29, Turkey opened its border with Greece, apparently to put pressure on Europe to support its operations in Idlib.

Sadly, this wave of migration is only the latest flashpoint in the worst humanitarian crisis since the horrors of the second world war. But even this crisis, with thousands now stuck in no-man’s land on the Greek-Turkish border, hasn’t triggered a way through the regional and domestic blockages that have prevented an end to the bloodshed in Syria. This is something we’ve written about in a new book on the Syrian refugee crisis.

Since 2011, the humanitarian consequences of the Syrian crisis have spilled over several Middle Eastern countries. But there has been no collective, regional response – largely because of political fragmentation and competition for power.

One striking illustration of these dynamics is the inertia of the Arab League and the Gulf Cooperation Council (GCC). The two organisations have repeatedly failed to provide effective responses to regional issues such as the turmoil in Yemen and Libya or the rise of extremist groups in Iraq and Syria. The Syrian refugee crisis, and more recently the situation in north-west Syria, are no exceptions.

The Arab League has limited its intervention to support for efforts by the international community to mitigate the impact of the refugee crisis. As for the GCC, its actions were overshadowed by an internal rift and the involvement of Qatar and Saudi Arabia in the Syrian chaos. This means that the humanitarian burden has continued to be borne by countries that host Syrian refugees.

Some may have expected Arab solidarity in the face of a crisis that emerged in the context of wider Arab uprisings. Yet even in the Arab countries that have hosted the bulk of refugees from Syria, such as Jordan and Lebanon, the government and people distanced themselves from their Arab brothers as the crisis became protracted.

The national borders in the Middle East that were drawn up after the first world war still remain contested by pan-Arab, pan-Islamic and pan-Kurdish movements. Nevertheless, the Syrian refugee crisis showed how these borders and national identities are powerful drivers of everyday politics.

The stance of the governments in Jordan and Lebanon towards the Syrian conflict shaped the countries’ refugee policy. What started as a policy of open doors evolved from 2014 when restrictions were imposed on Syrians entering and staying in both countries. Jordan and Lebanon then began to cooperate with the international community to mitigate the refugee crisis in early 2016, and eventually began to actively encourage the return of refugees to Syria in 2018.

Lebanon’s ruling elites capitalised on the humanitarian crisis by portraying the Syrian refugees as a security threat. Pro-Assad political parties Hezbollah and the Free Patriotic Movement used this narrative to undermine anti-Assad political forces in Lebanon, namely a party called the Future Movement. This, in turn, created a sense of urgency which encouraged the flow of foreign aid into the country in an attempt to bring stability. But this foreign aid fed corruption.

The media has also played an important role in shaping the perception of Syrian refugees in Jordan and Lebanon by circulating a twofold government-sponsored narrative about the crisis. On one hand, this narrative tried to reassure Lebanese people of a sense of normalcy and fostered patience and societal strength. On the other, the government framed the refugee crisis as an emergency to convince international donors to channel humanitarian aid to the country. But as we found in our research, it was the second narrative that dominated, causing confusion among Lebanese and Jordanians who have started to ask for their share of the foreign aid.

Stuck in the middle

Amid this fragmented regional landscape and the politicisation of the crisis at the regional and national levels, the fate of Syrian refugees remains unclear. Russia has offered to facilitate dialogue between host countries – mainly Lebanon – and the Assad regime regarding the return of Syrian populations. But the ongoing process of their return to their home country might now be hampered by diplomatic tensions between Syria and its neighbours, especially Lebanon and Turkey.

The safe return of Syrian refugees will also be restricted by the demographic changes initiated by the Turkish government in efforts to eliminate the Kurdish presence along its border. The fate of returnees is also jeopardised by the Assad regime’s policies against those who took part in the uprising, those who didn’t answer the conscription call during the war or those who own properties in former rebel-held areas.

The Syrian refugee crisis will remain a major card both in the hands of the countries involved militarily in the conflict, and those hosting refugees. As for the Syrian refugees themselves, their lives, rights and future are precarious. They remain the primary victims of the regional competition for power.