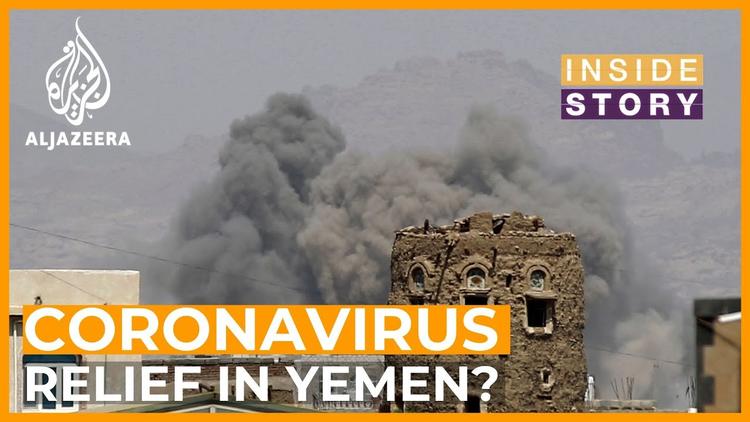 International cooperation needs to take priority right now, and countries must stop their wars against one another and against their own populations.

(Foreign Policy in Focus) – During World War I, soldiers all along the Western front held a series of informal truces in December 1914 to commemorate Christmas.

It was early in the war, and opposition had not yet hardened into implacable enmity. The military command, caught by surprise, could not impose complete battlefield discipline. An estimated 100,000 British and German soldiers participated. They exchanged smokes, sang together, and even, on at least one occasion that has since been widely mythologized, played a game of soccer.

Imagine how different the world would look today if that truce had held, if it had turned into a lasting ceasefire, if Europe had not burned itself to the ground in a fit of nationalist pique. There might not have been a global flu epidemic spread by soldiers in 1918. The Nazis might not have seized power and precipitated the Holocaust. World War II might never have happened and nuclear weapons never used.

At the very least, nearly 20 million people would not have perished in that first world war.

We are now in the early stages of another world war, call it World War III, this time against the common enemy of pandemic. UN Secretary General Antonio Guterres last week called on all countries to observe a global ceasefire to focus all resources on beating back the coronavirus. “The fury of the virus illustrates the folly of war,” he concluded.

Meanwhile, eight countries that have been suffering under economic sanctions — China, Cuba, Iran, Nicaragua, North Korea, Russia, Syria, and Venezuela — have appealed for an end to the economic sanctions that are hampering their efforts to battle the disease.

And a number of civil organizations are pressing for the release of political prisoners, jailed journalists, and as many nonviolent offenders as possible to reduce the crowding that makes prisons a potential killing ground for the coronavirus.

Not surprisingly, there has been pushback to the idea of even temporarily ending these three expressions of state power: military conflict, war by economic means, and mass incarceration. But this pandemic, for all of its ongoing horrors, can serve as a jolt of smelling salts. International cooperation needs to take priority right now, and countries must stop their wars against one another and against their own populations.

Bombs, sanctions, and prisons are not effective tools in the fight against the coronavirus. Indeed, by aiding and abetting the enemy, they will only make the war worse.

There has been much talk of repurposing the U.S. military to fight the coronavirus. Two Army field hospitals have been sent to New York and Seattle. Some soldiers have already been deployed, the National Guard has been activated in three states, and the Pentagon has been authorized to call up former soldiers to help in the fight. But the military is, to use an apt simile, like a large battleship that is not easily turned. The Pentagon hasn’t even allowed immigrant doctors in its ranks to help against the pandemic.

In the meantime, the Pentagon continues to pursue its prime directive: planning war and killing people. On March 12, the United States conducted air strikes against Iran-backed militias in Iraq, in response to attacks that killed two U.S. service personnel. It was billed as a “proportional” response. Yet the Pentagon has been pushing a far more ambitious plan to go to war against Iranian proxies and, ultimately, Iran itself.

“Some top officials, including Secretary of State Mike Pompeo and Robert C. O’Brien, the national security adviser, have been pushing for aggressive new action against Iran and its proxy forces — and see an opportunity to try to destroy Iranian-backed militia groups in Iraq as leaders in Iran are distracted by the pandemic crisis in their country,” write Mark Mazzetti and Eric Schmitt in The New York Times.

In nearby Afghanistan, the United States and the Taliban signed a peace deal at the end of February. But any end to the war in Afghanistan will require a truce among the factions within the country, indeed within the government itself. After a disputed presidential election that once again pitted President Ashraf Ghani against chief rival Abdullah Abdullah, even the threat of reduced U.S. aid didn’t persuade the two sides to unify.

The fighting continues on the ground, with air strikes against the Taliban most recently on March 24 as well a series of Taliban attacks in the last week against Afghan soldiers and policemen. In the leadup to the signing of the peace agreement, the United States conducted the second highest number of air attacks for the month of February since 2009. And last year, Afghanistan sustained the most U.S. aerial attacks since 2006.

Wars grind on in other parts of the world, pandemic be damned. All sides declared a truce in Syria in early March, but Turkey exchanged attacks with “radical groups” in Idlib province on March 19. This week, Israeli war planes targeted a Syrian military base near Homs. And the Islamic State

In Libya, both sides of the civil war agreed to a humanitarian truce that evaporated after only a day and now the fighting there has even intensified. Whoever wins Tripoli will take over a capital with an already ravaged infrastructure and a collapsed economy. The Pyrrhic victor will then have to address a mounting health emergency with ever diminishing resources.

Meanwhile in Yemen, which is on track to becoming the poorest country in the world because of its five-year-long war, the combatants agreed to a truce last week. As in Libya, it hasn’t lasted long. The Houthis have since launched some easily intercepted ballistic missiles at Saudi Arabia, which retaliated by once again bombing Sana’a, the capital of Yemen.

Conflicts throughout Africa — in Cameroon, Chad, Nigeria, Mozambique, Mali — also continue despite pleas for a truce. Neither has al-Shabaab stopped its suicide bombings nor the United States ceased its drone attacks in Somalia.

Elsewhere in the world, there’s no pandemic pause for a series of equally deadly cold wars.

For years, the United States has tried to shut down North Korea’s economic relations with the outside world as a way to force the government to negotiate away its nuclear weapons program. North Korea devised a variety of methods to get around U.S. and UN sanctions, including illicit transfers of oil from foreign ships to North Korean vessels in the middle of the ocean.

But the most lucrative source of goods and revenues continued to be China, which has been responsible for upwards of 95 percent of North Korea’s trade. Washington has intermittently put pressure on Beijing to shut down this trade to pressure Pyongyang to return to the negotiating table. It hasn’t worked.

Then the coronavirus hit. By the end of January, North Korea had shut its borders with China to minimize the risk of infection. It even issued a directive to guard posts to put a stop to flourishing smuggling operations. What sanctions couldn’t accomplish in years, the virus managed to achieve in weeks.

The United States has so far held firm. Even though sanctions are holding up the delivery of critical humanitarian aid, Washington has refused to reconsider sanctions. Secretary of State Pompeo continues to talk as if a pandemic isn’t raging outside: “The G-7 and all nations must remain united in calling on North Korea to return to negotiations and stay committed to applying diplomatic and economic pressure over its illegal nuclear and ballistic missile programs.”

Pompeo has been even more ruthless toward Iran, an early pandemic hotspot. Tehran initially fumbled its response to a disease, which was quickly spreading through the populace as well as the political and religious leadership. As Human Rights Watch has meticulously detailed, U.S. economic sanctions have only made a bad situation worse.

Yes, the U.S. government formally permits humanitarian aid to the country. But its sanctions regime — which includes the threat of secondary sanctions against entities that engage Tehran — ensures that banks and companies steer clear of Iran. Pompeo’s take: “Things are much worse for the Iranian people, and we’re convinced that will lead the Iranian people to rise up and change the behavior of the regime.”

That’s also pretty much the U.S. strategy toward Venezuela, which is in an even more vulnerable position. Though it only has a little more than 130 confirmed cases, COVID-19 will likely ravage the weakened country. “Only a quarter of Venezuela’s doctors have access to a reliable supply of water and two-thirds are without soap, gloves or masks,” reports The Guardian. “There are 73 intensive care beds in the whole country.”

This week, the Trump administration conditioned any reduction in sanctions on a political deal that requires President Nicolas Maduro to step down in favor of a transitional council that includes the political opposition. The current government has rejected this regime-change option.

These maximum pressure tactics toward North Korea, Iran, Venezuela, and others recently led Washington Post columnist Jackson Diehl, who is no softy on foreign affairs, to conclude that Pompeo’s “pandemic performance will ensure his place among the worst ever” secretaries of state.

Prisons are the perfect breeding ground for the coronavirus: poor sanitary conditions, overcrowding, minimal medical facilities. Many countries, including the United States, are looking into ways of reducing the population behind bars.

The Committee to Protect Journalists is mobilizing support to pressure governments to release the 250 journalists who are currently in prison worldwide. UN High Commissioner on Human Rights Michelle Bachelet has urged countries to reduce the numbers of people in detention, with a special emphasis on political prisoners. “Now, more than ever, governments should release every person detained without sufficient legal basis, including political prisoners and others detained simply for expressing critical or dissenting views,” she said last week.

Those behind bars are frequently the victims of various government campaigns: against a free press, against political dissent, against drugs. But when a major war threatens the homeland, prisoners are sometimes drafted into military service. That happened during the French colonial period and by different sides in World War II.

In World War III, we need everyone on our side. If countries don’t significantly empty out their prisons during this COVID-19 crisis, the inmates as well as the guards will likely be drafted by the enemy. This foe only gets stronger as our petty conflicts continue and the stiffest sanctions remain in place.

It’s time for a truce on all fronts — or else we will surely lose the larger war.

Al Jazeera English: “Could the coronavirus pandemic provide an opportunity for relief in Yemen? | Inside Story”