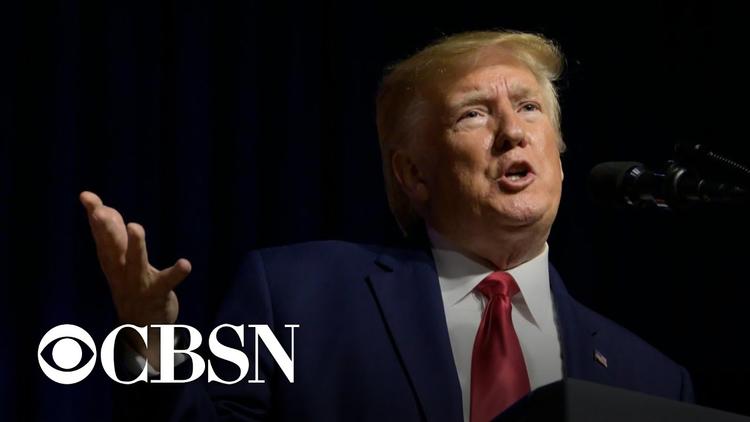 Little by little, Americans are understanding just how badly our government has let us down by its belated and disastrous response to the Covid-19 pandemic, and how thousands more people are dying as a result. But there are two other crises we face that our government is totally unprepared for and incapable of dealing with: the climate crisis and the danger of nuclear war.

Since 1947, a group of scientists with the Bulletin of the Atomic Scientists have warned us about the danger of nuclear war—using their Doomsday Clock to symbolize just how close we are to destroying human civilization on Earth. Over the years, the minute hand on the clock has gone back and forth, measuring the rising and falling risks.

Unbeknownst to most Americans, in January 2020, just before the Covid-19 crisis broke, the Atomic Scientists, who include 13 Nobel Prize winners and dozens of scientists and other experts, sounded the alarm that the double risks of nuclear war and climate change have now brought us closer to self-destruction than at the most dangerous moments of the Cold War. For the first time ever, they moved the hands of the Doomsday Clock beyond the 2-minute mark to 100 seconds to midnight.

“The world is sleepwalking its way through a newly unstable nuclear landscape,” they wrote, highlighting the New Cold War between the U.S. and Russia, plans to “modernize” their nuclear arsenals and “lowered barriers to nuclear war” as a result of new “low-yield” nuclear weapons. Arms control treaties between the U.S. and Russia that took decades to negotiate are being abandoned, removing restraints that were carefully calibrated to prevent either side from upsetting the balance of terror that made it suicidal to use nuclear weapons. What is now to prevent a conventional war from escalating to the use of “low-yield” nuclear weapons, or a low yield nuclear war in turn escalating to Armageddon?

On the climate crisis, the annual UN Conference of Parties (COP) in Madrid in December 2019 failed to agree on any new steps to cut carbon emissions, despite record heat, unprecedented wildfires, faster melting of glacial ice, and a scientific consensus that the commitments countries made in Paris in 2015 are not sufficient to avert catastrophe. Most countries are falling short of even those insufficient pledges, while U.S. CO2 emissions actually rose by 2.6% in 2018, after falling by only 11% under the Obama administration. Obama’s policy of using natural gas as a “bridge fuel” for U.S. power plants fueled a huge expansion in the fracking industry, and the U.S. is now producing more oil and more gas than ever before in our history.

Now the next COP in Glasgow has been postponed from 2020 to 2021 due to the pandemic, further delaying any chance of decisive action. Covid-19 is temporarily restraining our destruction of our own life support system. But this will be only a temporary respite unless we pivot from lockdowns to a COP in Glasgow that launches a global program to very quickly convert our energy systems from fossil fuels to green energy.

The Atomic Scientists wrote that both these existential dangers are severely compounded by political leaders who “denigrate and discard the most effective methods for addressing complex threats – international agreements with strong verification regimes – in favor of their own narrow interest and domestic political gain… these leaders have helped to create a situation that will, if unaddressed, lead to catastrophe sooner rather than later.”

It is the political leaders of the United States, not Russia or China, who have withdrawn from nuclear arms agreements, undermined the Kyoto Protocol (the only binding treaty to reduce greenhouse gases), rejected the jurisdiction of international courts, failed to ratify 46 multilateral treaties and systematically violated the UN Charter‘s prohibition against the threat or use of force.

The Republicans have been more aggressive in many of these policies, but Democratic leaders have also gone along with them, consolidating U.S. imperialism and disdain for international law as bipartisan U.S. policy. When UN Secretary General Kofi Annan told the BBC that the U.S. invasion of Iraq was illegal under the UN Charter, Senator Joe Biden, then Chairman of the Senate Foreign Relations Committee, dismissed that out of hand. “Nobody in the Senate agrees with that,” Biden sneered. “There is nothing to debate. He is dead, flat, unequivocally wrong.”

The Democratic Party has now closed ranks behind Joe Biden as its presidential candidate, presenting Americans with a choice between two leaders from the two administrations that have governed the U.S. since 2009 and therefore bear the greatest responsibility for the current state of the nation. Biden has based his candidacy on the premise that everything was just fine in America until Trump came along, just as Trump based his 2016 candidacy on the idea that everything was great until Obama came on the scene.

Most Americans understand that our problems are more entrenched and systemic than that, but we remain trapped in a closed political system that presents us with limited choices between leaders who have already proved unable to solve our problems, even when the solutions are well-known or obvious and have broad public support, like Medicare For All.

When it comes to war and peace, the American public wants to keep the U.S. out of wars, but leaders of both parties keep fueling the war machine and stoking dangerous tensions with other countries. The Russiagate fiasco failed to bring down Trump, but it succeeded in unleashing a propaganda blitz to convince millions of Americans, from MSNBC viewers to Members of Congress, that Russia is once again an irreconcilable enemy of the United States and a threat to everything Americans believe in. In the hall of mirrors that is American politics, Democrats now hate Russia more than China, while Republicans hate China more than Russia—although the Biden campaign is now vying with Trump to see who can be more hostile to China.

Bipartisan hostility to Russia and China is only helping to justify the Pentagon’s pivot from “counterterrorism” to its New Cold War with our nuclear-armed neighbors and trillions of dollars in spending on new weapons that make the world more dangerous for all of us.

With almost no public debate, Members of Congress from both parties quietly rubber-stamp every record military budget placed in front of them. Only 8 Senators (4D, 4R) and 48 House Members (41D, 6R, 1I) dared to vote against final passage of the outrageous $712 billion 2020 Pentagon budget. The Trump administration is fully committed to Obama’s plan to spend at least a trillion dollars to “modernize” the U.S. nuclear arsenal, which the Atomic Scientists warn is taking us closer to nuclear catastrophe than ever. Of this year’s Democratic presidential candidates, Bernie Sanders is the only one who routinely votes against record military budgets, approving only 16% of military spending bills since 2013.

On this and many other issues, Sanders has dared to say what Americans know but no major party candidate would say before: that our neoliberal emperors sit stark naked on their thrones, tossing sacks of money to their friends as they rule over an obscene empire of corruption, inequality, war, poverty and racism.

Sanders may have lost the Democratic nomination, but he successfully demonstrated that Americans don’t have to be passive in the face of a corrupt political system that is leading us down a path to self-destruction. We do not have to accept a dysfunctional for-profit healthcare system; ever-worsening inequality and poverty; structural racism and mass incarceration; an overheated, dying natural world; or a military-industrial complex that fears peace more than a nuclear apocalypse.

A political system that is structurally incapable of acting for the common good, even when millions of lives are at stake, is not just failing to solve our problems. It is the problem. Hopefully, as we struggle to emerge from today’s tragic pandemic, more and more Americans are understanding that healing our sick, corrupt political system is the vital key to a healthy and peaceful future.

Medea Benjamin, co-founder of CODEPINK for Peace, is the author of several books, including Inside Iran: The Real History and Politics of the Islamic Republic of Iran and Kingdom of the Unjust: Behind the U.S.-Saudi Connection.

Nicolas J. S. Davies is an independent journalist, a researcher for CODEPINK, and the author of Blood on Our Hands: The American Invasion and Destruction of Iraq.