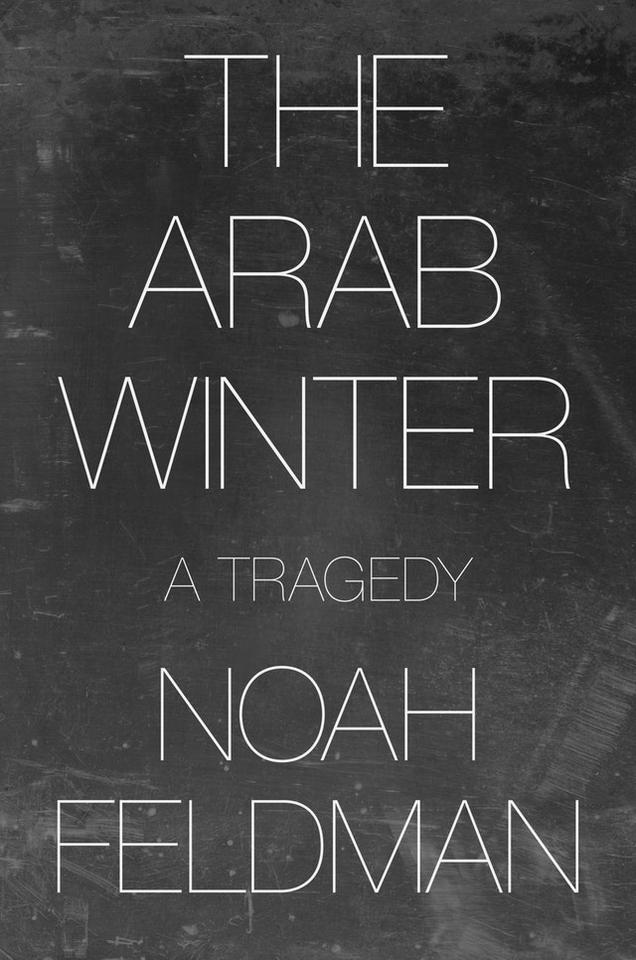 Detroit (Special to Informed Comment) – The Arab spring was a momentous era of revolutionary people power in the history of the Middle East and North Africa, beginning in Tunisia in 2010. Noah Feldman offers an interpretation of the meaning of the Arab spring and its aftermath in the Arab winter in his superb new book, The Arab Winter: A Tragedy (Princeton University Press, 2020). He writes that “the passage from Arab spring to Arab winter should be understood first and foremost as a narrative of self-determination, choice, and consequences, not as a story of heteronomy and external imposition.” 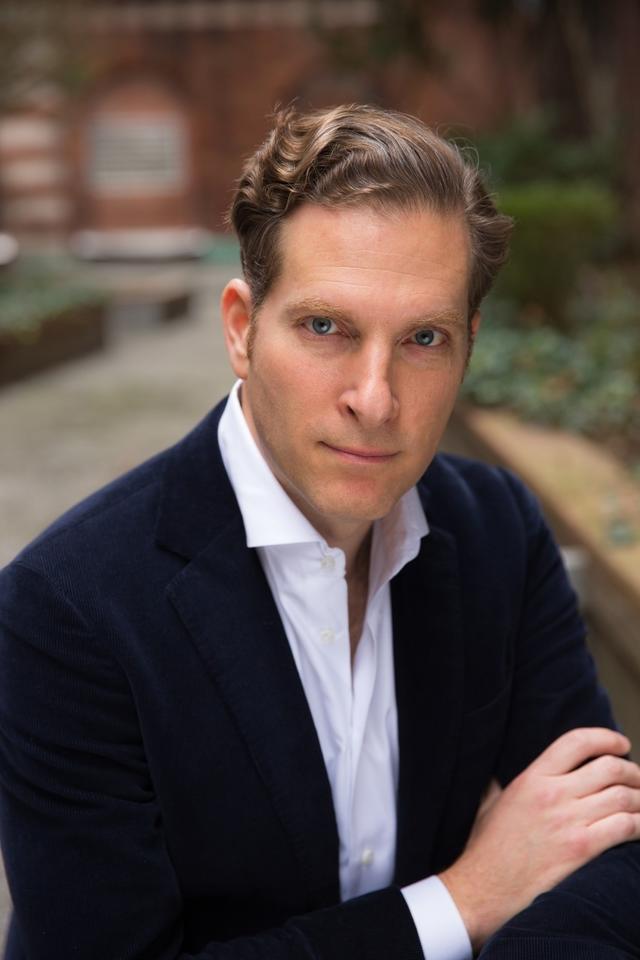 Professor Noah Feldman discusses his new book in this interview.

Preville: How does your book challenge the conventional view that the Arab spring was a failure?

Feldman: I argue that the Arab spring manifested a genuine, and genuinely noble, collective effort at self-determination by Arabic speaking people in a number of countries. It’s true enough that, except for Tunisia, those who rose against their governments did not end up with what they sought. And it’s true that in some places, such as Syria, the eventual consequences of uprisings and response left nearly everybody worse off than they were before. But I argue that it is in the nature of decisive political action that it can sometimes go awry. That is part of what makes political action a meaningful and valuable form of human conduct.

Preville: How was the Arab spring a courageous movement of people power?

Feldman: It took great courage for ordinary people to defy authoritarian governments that had been in place for many decades. It also took courage to undertake political action that bore the risk of potential failure and disaster. I don’t use the phrase “people power” myself, but I do argue in the book that it is possible as a matter of normative political theory to say that “the people” sought self-determination in Tunisia, Egypt, and even Syria. That is so even if, as we know, not everybody wanted the downfall of the regimes.

Preville: Were the Arab spring protests explicit calls for democracy?

Feldman: It was and remains very striking that the popular slogans of the Arab spring very rarely (if ever) included explicit calls for “democracy.” The emphasis was overwhelmingly on freedom, dignity, social justice, and regime change. Nonetheless, when regimes did fall, as in Tunisia and Egypt, there was a kind of unspoken assumption that some sort of constitutional democracy would be at least tried — not so much because the protesters had asked for it as because there did not seem to be any easily available, legitimate alternative. In Tunisia, that led to a kind of partial mismatch: the public wanted jobs and dignity; what it got was constitutional democracy, which has no special expertise in creating jobs but can in principle do more for individual dignity than can authoritarianism. In Egypt, it led to a truly tragic result, in which the people went back to the streets and rejected the nascent, highly imperfect constitutional democracy that was struggling to emerge. The result was the return of the army and the suppression of constitutional democracy for at least a generation.

Preville: What were a few of the harsh and extreme consequences of the Arab spring?

Feldman: The most disastrous consequences of the Arab spring took place in Syria. The Assad regime responded to the uprisings with brutal force. The ensuing civil war displaced nearly half the country’s population and sent between five and six million Syrians into exile as refugees. The humanitarian crisis is on a scale not seen globally in many decades. It’s also had destabilizing political effects in countries at some remove from the Middle East, contributing to the rise of xenophobic populism in Europe and even in the United States. What’s more, the power vacuum associated with the Syrian civil war opened the door for Iraqi jihadis to create the caliphate of the Islamic State. That movement, seeking to create its own polity under its own utopian vision of Islamic constitutional thought, turned into a dystopia in which thousands of people were murdered, raped, and driven from their homes.

Preville: How did America’s “imperial overstretch” in Iraq figure into the Arab spring and Arab winter?

In the first instance, the United States did not encourage the Arab spring uprisings; nor did it take an active role in suppressing them. Imperial overstretch in Iraq (as well as Afghanistan) meant that the American public and its elected politicians were (except for Libya) unwilling to take steps to remove authoritarian dictators, for fear of what would come next; yet the U.S. during Barack Obama’s administration also was not initially prepared to appear to acquiesce in the existing regimes’ repressive measures.

The upshot is that the events of the Arab spring and also its aftermath were not essentially driven by U.S. imperial policies. Both the Arab spring and its consequences were, to a remarkable degree, driven by Arab political action. I argue that American imperial overstretch thus created a limited space for attempts at Arab political self-determination.

Preville: Why do you think that Tunisia “Illuminates the contours of the tragedy that is the Arab Winter”?

Feldman: Taken entirely on its own, Tunisia is a story of triumph, not tragedy: Tunisians exercised political responsibility, took control of their own fate, negotiated to consensus under difficult conditions, and produced a functioning constitutional democracy. Yet the success of Tunisia also demonstrates that the very different failures in Egypt, Syria, Libya, and elsewhere were not inevitable. There is nothing distinctive about the regime form of presidential authoritarianism or the political culture of Arabic speaking countries or the nature of political Islam that renders impossible the emergence of constitutional democracy. Above all, I argue, Tunisians realized from the start that if they did not solve their own political problems for themselves, no one from the outside would intervene into it for them. That sense of political responsibility drove the painful compromise that is always necessary to produce constitutional consensus.

Preville: Are you optimistic that a new season of change and progress will follow the Arab winter?

Feldman: I chose the seasonal metaphor intentionally: today the Arabic speaking world is in a political winter; but even after the deepest winter always comes a new spring. Eventually, ordinary people in the Arabic speaking world will again try to take charge of their own political realities. We’ve seen that in Algeria and Sudan in the last year. The protests in those countries were, I suggest, after-images of the Arab spring. All the parties, whether citizens in the streets or authoritarian regimes, understood the script. Yet even the all too knowable risks of failure did not deter the people from demanding change. I am not predicting the eventual outcomes of the events in Algeria and Sudan, which I view with some trepidation. I am saying that the noble human impulse to seek political self-determination can exist anywhere in the world, and cannot be made to disappear forever.

Noah Feldman is Felix Frankfurter Professor of Law and Director of the Julis-Rabinowitz Program on Jewish and Israeli Law at Harvard Law School. After graduating from Harvard University (B.A., 1992, Near Eastern Languages and Civilizations), he was selected as a Rhodes Scholar and earned a D.Phil. in Oriental Studies from Oxford University in 1994. He was awarded his law degree from Yale University in 1997. Feldman served as a law clerk to U.S. Supreme Court Justice David H. Souter from 1998-1999. He is the author of many books, including What we Owe Iraq (Princeton University Press, 2004), The Fall and Rise of the Islamic State (Princeton University Press, 2008), and The Three Lives of James Madison (Random House, 2017). Feldman served as a constitutional expert witness during the House Judiciary Committee’s Impeachment inquiry into President Trump in December 2019.