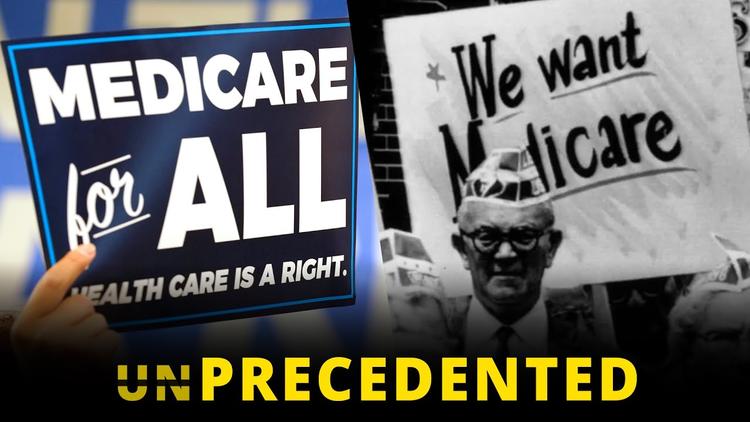 The expedient health insurance industry seeks to protect high profits using scare/fear tactics against the new and improved Medicare for All legislation now filed in Congress, HR-1384, S-1129. One tactic deliberately confuses the public by not honestly telling individuals what would change if their private insurance is replaced by the new Medicare for All health insurance program. Lack of specificity and avoidance behavior promotes confusion, misunderstanding and great fear because it conflates loss of private health insurance with loss of their own physicians, other health professionals and hospitals. The for-profit health insurance industry knows full well that people are most interested in keeping their own doctors and that the new Medicare for All, as in today’s Medicare program, does not interfere with that. By conflating private health insurance with the provision of medical treatment itself, many patients are mislead into thinking they could lose all their health professionals. Fortunately, once folks understand that losing their expensive, for-profit private plans is the only thing that has changed, support for Medicare for All sharply increases. The huge profits of Big Insurance and Big Pharma are threatened once folks become aware of this tactic.

The term “socialized medicine” is often used by the private insurance industry and politicians to manufacture frightening images of government bureaucratic interference in medical care. In countries with socialized health insurance, health and mental health professionals and patients often have more clinical freedom. This is in sharp contrast to the U.S., where private health insurance bureaucrats attempt to direct/interfere with care .
Manufactured confusion and fear of socialism by the health insurance industry and their political spokesmen impede the public’s ability to differentiate and thereby reduce support for Medicare for All . This allows the private health industry to successfully maintain control of the U.S. health care system for its own purposes.

Opposition to Medicare for All is based on irrational fears, folklore/myth and general prejudice against government programs. Fear-mongering about waiting lists, bankrupt doctors and hospitals, and socialism is exactly the same fearful/false rhetoric used in the campaign to block LBJ’s original Medicare program in the mid-1960s. The Wall Street Journal then warned about “patient pileups,” and the American Medical Association mounted a campaign featuring Ronald Reagan that smeared Medicare as creeping socialism that would rob Americans’ freedom.

Everyone should categorically reject fear tactics about ‘Medicare for All’ that try to frighten seniors and others by telling them they will lose Medicare benefits under a new M4A program, that pointy-headed government bureaucrats will make medical decisions, determine the cost vs benefits of procedures, including age and quality of life considerations and medical personnel will be in short supply.

The Christian Science Monitor: “Will COVID-19 bring universal health care to the US? History offers perspectives”