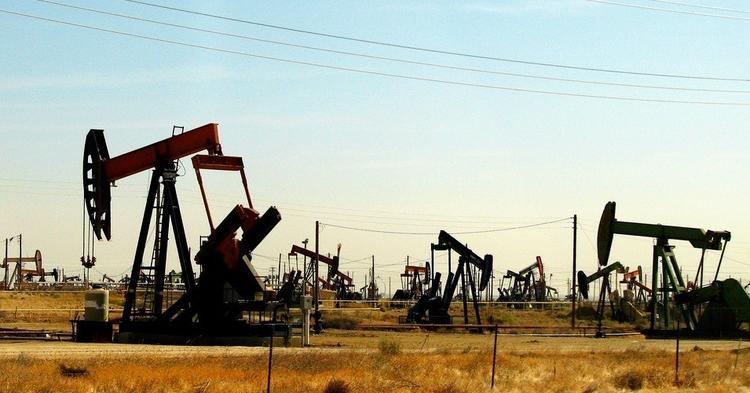 (Commondreams.org) – “We need to be getting checks directly to workers, including in the fossil fuel industry—not hoping money ‘trickles down’ through corrupt companies that consistently prioritize their CEOs.”

“The idea that oil workers are getting a paycheck is great,” 350.org co-founder Jamie Henn said. “The worry is that the money’s going to the top and not going to filter down.”

Three coal companies with ties to President Donald Trump are among a number of fossil fuel firms which have taken millions in dollars in coronavirus relief funds, according to new reporting by The Guardian and corporate watchdog Documented.

According to a review of aid through the Paycheck Protection Program (PPP), which was meant for small businesses that are struggling as a result of the coronavirus pandemic, fossil fuel companies have taken at least $50 million in loans from the program, and may be able to forgo paying taxpayer money back.

The three coal companies with ties to the White House are Rhino Resources, a coal mining company formerly run by Trump’s Mine Safety and Health Administration head David Zatezalo; Hallador Coal, where Trump’s former EPA administrator, Scott Pruitt, is now a lobbyist; and Ramaco Resources, whose CEO is on the Trump administration’s National Coal Council.

The companies are taking between $8.4 and $10 million from the program to cover payroll and other expenses.

Jamie Henn, co-founder of the environmental action group 350.org, was sympathetic to the needs of rank-and-file fossil fuel employees whose paychecks should be protected as other workers’ are, but expressed reservations about fossil fuel companies receiving aid.

“The idea that oil workers are getting a paycheck is great,” Henn said. “The worry is that the money’s going to the top and not going to filter down.”

The Guardian published its report a day after the Federal Reserve announced changes to its Main Street Lending Program, which will now allow larger oil and gas companies with significant debt to use government loans to pay off debt they had before the pandemic.

“These changes directly reflect demands from polluters and their favorite members of Congress,” Lukas Ross, senior policy analyst with environmental group Friends of the Earth, said Thursday. “Long before the coronavirus, the drillers were in deep trouble. Now frackers want to pay back their debts with our money. Trump’s big oil bailout must be stopped.”

Oil industry lobbyists wrote to the Federal Reserve earlier this month, asking for the industry to be included in the Main Street Lending Program.

A week later, Greenpeace noted, oil prices were plummeting to below $0 per barrel as demand for gasoline fell due to the pandemic and corresponding global economic shutdowns.

The drop in demand for oil, Greenpeace and other climate campaigners said, bolstered the case for a “green recovery” and a “safer economy.”

But despite warnings from critics like the Institute for Energy Economics and Financial Analysis (IEEFA), the Trump administration is reportedly considering a larger bailout for the fossil fuel industry, including bridge loans.

“The U.S. government could make loans to oil and gas companies, essentially making taxpayers investors in the industry,” reported The Guardian.

The IEEFA said this week that loans for an industry which “had long been in financial distress” would be “a complete waste of money.”

Some fossil fuel companies have also taken advantage of tax relief provisions under the CARES Act relief bill passed in March. Missouri-based coal company Peabody Energy said it would collect an alternative minimum tax refund of $24 million in 2020 and defer payment of $18 million in owed taxes.

“The federal money Congress appropriated should be going to help small businesses and frontline workers struggling as a result of the pandemic,” Sierra Club legislative director Melinda Pierce told The Guardian, “not the corporate polluters whose struggles are a result of failing business practices and existed long before Covid-19 entered the public lexicon.”