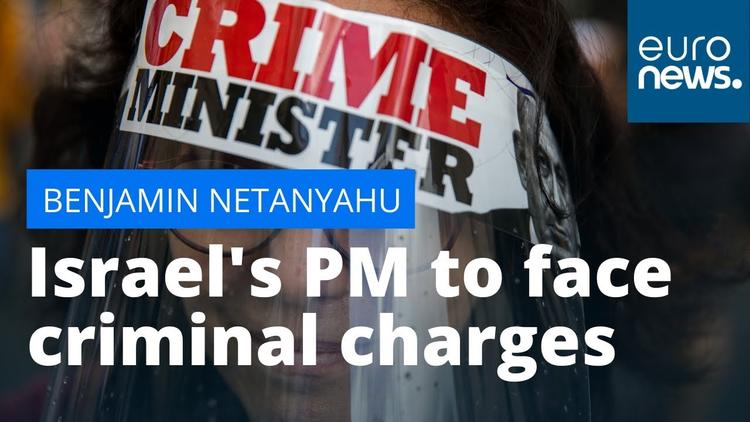 Ann Arbor (Informed Comment) – Israel’s i24 reports that Israeli prime minister Binyamin Netanyahu addressed his Likud Party on Monday and said that he will move forward with the annexation of one third of the Palestinian West Bank in July “with wisdom” and with the “unity of all forces.”

On Sunday, the Israeli courts began their trial of Netanyahu for corruption, bribery and influence-peddling. Before the proceedings, the prime minister delivered an unhinged rant in which he accused the prosecutor, the police, and the courts of having mounted a conspiracy to get him and remove him from office, thereby thwarting what he called the will of the people. Netanyahu’s far right Likud Part only got about a fourth of the seats in Parliament and even with his electoral allies fell short of a majority.

Opposition leader Yair Lapid responded to Netanyahu’s screed by accusing the prime minister of attempting to undermine the rule of law and to drag Israel into a “civil war.” He said that Netanyahu knew very well that his charges would foment violence [on the part of the Israeli far right], but that he did not care.

Addressing the Likud a day later, Netanyahu said, “There is a historic opportunity that has never existed since 1948. It is a huge opportunity that we must not miss.” Netanyahu was referring to the Trump White House, which could not care less if Netanyahu steals Palestinian land. Previous administrations have at least paid lip service to a two-state solution. Trump’s and Pompeo’s dependence on US evangelicals and on elements of the Israel lobbies, however, makes this administration the most one-sided in history in backing the expansionist dreams of the Israeli far right.

International law, as in the UN Charter, forbids the acquisition of neighbors’ territory by military force. Israel grabbed the West Bank and Gaza in 1967 even though the Palestinian people were not independent and therefore not a belligerent in the Six-Day War. Although the initial occupation was not illegal per se, for Israel to keep the territories for many decades and flood hundreds of thousands of its own citizens into it is highly illegal and contravenes the Fourth Geneva Convention of 1949 on the treatment of populations in Occupied Territories.

Netanyahu also pledged to ready Israel for another global wave of the coronavirus.

He denounced moves at the International Criminal Court in the Hague to consider charges against Israeli officials and military personnel of committing war crimes against the Palestinians. The Rome Statute of 2002 that governs the ICC considers the crime of Apartheid a crime against humanity, and Israel is strengthening its Apartheid (i.e. Jim Crow) regime in the West Bank.

Between permanently applying Israeli sovereignty to much of the Palestinian West Bank and his assault on the entire Israeli legal system, Netanyahu is refashioning Israel as an illiberal semi-dictatorship with a racialist hierarchy.