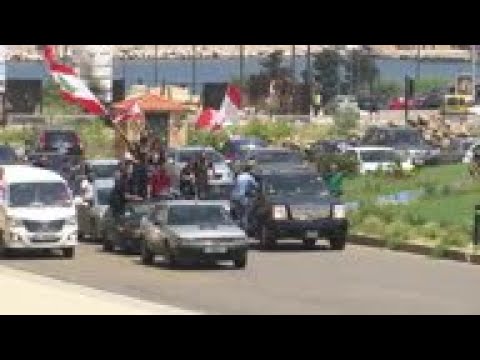 High levels of inequality and weak public health and safety net systems make the region extremely vulnerable to the ravages of the pandemic.

( Inequality.org ) – As acutely as COVID-19 and related policy responses are widening inequality in the United States, the pandemic’s biased effects threaten to be even more pronounced in many parts of the global south. This certainly appears to be the case for the non-Gulf countries of the Middle East and North Africa (MENA).

Well before the onset of the current crisis, thirty years of austerity and misguided development policies had already turned this region into the most unequal on our planet. Though hollow metrics like GDP might have given a picture of relatively good health, any recent gains have accrued almost entirely to the top one and ten percent of income earners. If this narrow elite has seen its quality of life reach parity with their western counterparts, their prosperity has come at a great cost: dangerously high levels of impoverishment and unemployment have stubbornly consolidated, and the margins keeping middle class families above official poverty lines have grown ever thinner.

After decades of war and/or coerced neoliberal reform, these countries’ public health infrastructures and universalist safety nets, which once could have managed high levels of infection and cushioned families during economic downturns, are now eroded as well. Where social insurance systems are still in place, moreover, majorities or near majorities of workers are excluded because they are informally employed and therefore outside the existing benefit schemes.

With most informal economic activities shutting down due to quarantining and other public health measures over the past few weeks, critical incomes are no longer flowing to the people that depend on them in order to meet their basic needs. The preconditions for humanitarian crises are therefore ripe throughout the region, with the many people on the margins sure to suffer the worst.

As bad as short-term outlooks are, the long-term fallout of COVID-19 could be even more grim. Even prior to the introduction of the coronavirus, debt burdens were impeding effective economic policymaking. In Egypt and Lebanon, for example, interest payments alone have absorbed upwards of 30 percent of total public expenditures in recent years.

Lebanon, already reeling from runaway inflation and a recent default on its sovereign debt, is expected to see its GDP shrink by 12 percent in 2020. Algeria, an oil exporter suffering from the drop in global oil prices, is looking at a 5.2 percent drop, while the GDP growth forecast for Morocco is -3.7 percent, for Tunisia -4.3 percent, and for Palestine between -1.8 and -3.8 percent.

Makings matters worse — especially from the perspective of inequality — is the fact that MENA government officials have largely opted to allocate what scarce resources they do have in order to prop up currencies, buoy financial markets through liquidity injections and interest rate manipulations, and support private enterprises.

Necessary as these measures might be, their distributive effects are quite clearly biased towards the wealthy. Combined with the paltry sums being allocated for cash transfers and mass-oriented welfare (see, for example Iraq, Jordan, Palestine, and Tunisia), one is therefore likely to see the rich get richer as the poor get poorer in the months ahead. To the extent that adding to deficits for market stabilization purposes today is likely to come at the cost of austerity and state retrenchment tomorrow, the indirect effects of these biased policy choices may prove to be more severe than the direct ones.

To their credit, the IMF and World Bank have each expressed a willingness to greatly expand the lines of credit available for borrowers throughout the global south. But with the U.S. government, the largest contributor to these international financial institutions, perversely obsessed by war games with Venezuela and Iran, it remains to be seen whether such injections of capital will actually materialize in time to help the countries of the Middle East and North Africa, where time is very much of the essence.

With oil’s collapse soon to test the solvency of the Algerian, Libyan, and Iraqi states — and soon to precipitate a decline in the bilateral aid being offered up by the Gulf monarchies as well — the tempest’s work is far from over in the Middle East. However things may play out, though, poor and working people, whether in this region or in the United States, will need to steel themselves for the political battles that are to come. Huge changes are inevitably afoot, with feudalist outcomes no less likely than social democratic ones.

Colin Powers recently earned his PhD from Johns Hopkins SAIS. He studies the development and underdevelopment in the Middle East and North Africa.

AP: “May Day protests in Beirut despite virus measures”