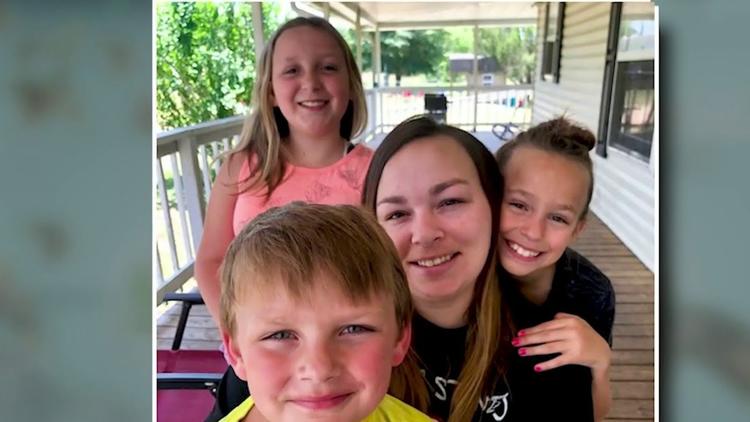 Southwest Harbor, Maine (Special to Informed Comment) – Friday May 8 unemployment statistics were as dire as many had expected. The US Department of Labor released an unemployment rate for April of 14.7%, the worst since the Great Depression and far surpassing the worst days of the Great Recession. In light of these numbers it is not surprising that cries for “opening up” the economy would gain traction among many working class citizens. Nonetheless the push for resuming normal economic activity, present from the earliest days of many state lockdowns, raises an important question. The CARES act, despite its many flaws, did include substantial relief for unemployed workers. Often more than their initial incomes, as Lindsey Graham complained. Yet even from the earliest spike up of the unemployment rate not only did many object, large numbers flocked to food banks, often for the first time in their lives. Many food banks were soon overrun. Shocking as this was, few in the corporate media pursued in any depth the question of why the US had become as economically fragile as it was ecologically.

Both President Trump and much of the corporate media often touted historically low unemployment rates. Yet a generation of working class economic stagnation had left its mark. According to an investigation by The Guardian, demand at food banks has increased by eight times in some areas. About a third of people interviewed by the outlet at food banks last month had never before needed food assistance.

Kristin Warzocha, CEO of the Greater Cleveland Food Bank, said the trend was not surprising considering the precarious circumstances working Americans are accustomed to living in, 78% of workers living paycheck to paycheck and 45% reporting that they have no savings account.

Unemployment Rate: What is in a Number?

Another Part of the answer as to why food banks were overwhelmed is that bad as recent unemployment numbers have been they understate the degree of the economic collapse.

The headline number is deceptively optimistic, though not because the counters are being dishonest or manipulative. Bureau of Labor economists treat a worker doing a part time job while looking for full time work as being fully employed. In addition, they treat workers who are discouraged by labor market conditions as not being part of the labor market. These conceptual decisions tilt the final unemployment number down. How much is a function of overall labor market conditions.

If there are few full time jobs available many will, quite sensibly, cease looking. The search for a job is itself a financially and psychologically costly endeavor. In such cases an unemployment number that does include involuntary part times and discouraged workers may be considerably higher than the headline number. The Economic Policy Institute calculates that if both of these factors were accounted for the current unemployment rate would be 23.7%

In addition to understating the numbers of the unemployed, most standard accounts neglect the anxieties occasioned by the whole process. The entire unemployment insurance system treats the unemployed as always having to prove that they are worthy of assistance. In addition the system continually conveys the impression that the individual’s salvation depends on his/her alone. This message can often evoke panic or despair and desperation.

Losing a job is more than just a job, and healthcare is life itself’

By virtue of historical accident the United Sates ties health insurance to jobs. Even before the arrival of Covid-19 the invitation to a disaster was apparent. Common Dreams reported on one major study of this vulnerability: while many people who lose their coverage will be eligible to enroll in Medicaid, the HMA report notes that “one-third of all jobs” are located in states that have opted not to expand the program.

As a result, the report warns, the total number of uninsured Americans could rise from around 28 million today to 40 million, with the impact disproportionately falling on the millions of people living in states that have not expanded Medicaid.

The consequences are already horrific and bound to get worse. As a Yale University study just demonstrated, 65,000 to over 100,000 Americans die every year because they do not have health insurance (see the Yale study here), and see Commondreams.org for
workers losing healthcare.

Statistics about the number of people who could afford a surprise bill are scary enough by themselves. But the implications are more dire when we consider the broader performance of the US welfare state. One is fortunate to get an unemployment check in a week. Just as with the affordable care act roll out, state systems were overwhelmed by numbers of first time claimants. But why this problem? Years of budget crunching austerity have thinned the public sector. The program itself is a complex mixture of state and federal regulations, and over the years fewer and fewer unemployed were eligible. The Pew Research Center has found that, “although more than 11 million Americans filed first-time unemployment claims in March, the wide variety of methods states and territories use to administer their jobless programs have resulted in wide disparities in who has received their payments, and how much those payments were worth. As a result, only 29 percent of jobless Americans received benefits in March” Just in time supply chains seem to be a well supported corporate goal but hardly a priority for desperately needed and well deserved worker benefits.

During the Depression the sheer scope of unemployment changed perceptions of the unemployed. But attacks on the welfare state from the seventies on along with racial polarization fostered at least among some citizens characterization of the unemployed as lazy and unmotivated. The consequence was further denigration of the government perceived as helping these others.

Much of the discourse on Covid-19 treats the virus as though it is an external dragon-like creature that must be slayed before the economy can get going. But what if an aggressive capitalism and the Covid-19 dragon have a symbiotic relation and grow together. An inegalitarian racially polarized society whose government is distrusted and shrinking is fertile ground for explosion of the virus. The deaths entailed often feed a deeper politics of demonization of minorities and foreigners, who often become disposable commodities sacrificed in the interest of toxic forms of growth. Trump’s constant attacks on China hide the role his bashing the CDC played in accelerating the global pandemic. He then takes the vast carnage and the necessary regulations it has required as an opportunity to “open the economy.” It sounds good to some but in practice amounts to doubling down on the financial, health, and safety deregulatory strategies that have left so many of our citizens so vulnerable.

Avoiding a dystopian future requires as a first step repairing the elements of fragility in our political economy. Historian Heather Cox Richardson argues: ”If the protesters really wanted to protect workers, wouldn’t they be demanding laws that replaced lost wages? Other developed countries have passed exactly those sorts of measures, putting their economies into a holding pattern as the pandemic passes.” Trump’s maniacal deregulatory agenda must be rolled back. Food, shelter, and clothing do not require abandonment of clean water standards. During the pause a robust safety net provides workers and communities can debate and implement safe, just, and sustainable forms of economic growth.