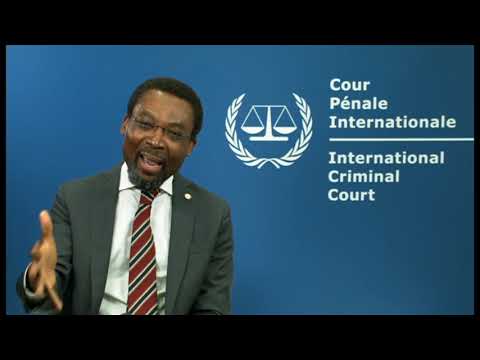 ( Middle East Monitor ) – The Trump administration in Washington has attempted repeatedly to block investigations by the International Criminal Court of Justice (ICC) in Afghanistan and the Occupied Palestinian Territories. These investigations are significant for probing into the conduct of American and Israeli citizens but the US President continues to find ways and means to shield America and Israel from being held to account for their actions.

Donald Trump has now decided to intensify his stand against the ICC by ordering it to be sanctioned. Human Rights Watch has outlined some of the war crimes allegedly carried out by US forces and the Central Intelligence Agency-backed Afghan Strike Force, including the killing of civilians during night raids, forced kidnapping of civilians and attacks on vital healthcare facilities. These serious allegations demonstrate that powerful nations continue to use their power with impunity, despite the fact that the perpetrators of such serious crimes should be held accountable under international and, indeed, domestic laws.

The ICC was on the brink of opening up its investigations in the Occupied Palestinian Territories last December. This put pressure on Washington, which called for them to be rejected. Nevertheless, the ICC appeals chamber overruled the rejection of any investigations unanimously, enabling Chief Prosecutor Fatou Bensouda to proceed. Bensouda is now empowered to investigate possible war crimes committed by the Taliban, the Afghan National Security Forces and the US military, as well as the CIA, Hamas and the Israel Defence Forces (IDF).

The situation in Palestine: Where has the ICC erred?

In response, US Secretary of State Mike Pompeo was sent a letter from a bipartisan group of 69 Senators encouraging him to show his “vigorous support of Israel as it faces the growing possibility of investigations and prosecutions by the International Criminal Court.” An additional 269 members of the House of Representatives called on Pompeo to block the ICC investigations which they deemed to be “politically motivated against the US and Israel respectively”. This pressure led to the Trump administration to intensify his stance against any ICC investigations.

The ICC is set to investigate alleged “crimes against humanity” and “war crimes” in Afghanistan over the past 15 years. However, the sanctions that have been put in place by Trump on ICC personnel show his reluctance to seek justice for the victims of such crimes and their families. Furthermore, the US President clearly wants to protect US military personnel from being held to account for their actions.

Trump has thus signed an executive order which prohibits ICC personnel from entering the US. He has authorised asset freezes and family travel bans against ICC officials which have the potential to target anyone else who assists the ICC investigations in any way.

“We cannot allow ICC officials and their families to come to the United States to shop, travel and otherwise enjoy American freedoms as these same officials seek to prosecute the defenders of those very freedoms,” Pompeo has insisted. His statement shows a similar clear disregard for the search for justice for the victims of illegal activity.

Despite all of this opposition, the ICC has not been deterred. It is hoped that the court’s personnel will also remain undeterred by the US sanctions and will proceed to conduct a much-needed and thorough investigation into the many human rights violations and war crimes which have obviously been carried out in Palestine and Afghanistan, no matter who is deemed to be responsible.