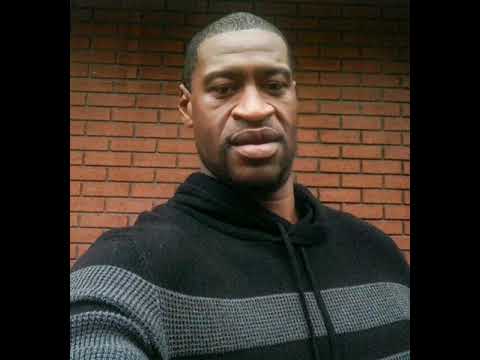 Ann Arbor (Informed Comment) – George “Perry” Floyd had the misfortune to become a symbol when he was killed by a Minnesota policeman after having been arrested for allegedly trying to pass a counterfeit twenty dollar bill (not usually a capital crime, and it is not clear that Mr. Floyd was aware). No one can understand why, if he was to be arrested, he wasn’t just handcuffed and put in the back of a police car. Why have him on the ground with a knee on his throat for nearly nine minutes? The responsible officer has been fired, arrested and charged with second-degree murder, and the three other officers with him who did not intervene have also been fired and arrested.

Mr. Floyd lost his job in March because of the novel coronavirus lockdown. He and his family had only in 2018 (some reports say 2014) come north from Houston, where he grew up, because of difficulties in finding a job..

In the 1990s and early zeroes, Mr. Floyd had a low-key career in the hip-hop scene in Houston. In his mid-30s after that musical career had ended he fell into petty crime and did five years in prison. On getting out he turned to religion and became involved with Resurrection Houston, a local Christian ministry. As he got into his early 40s he put his life together and moved to a new city, and until the Coronavirus Depression had had no further trouble with the law. In Minnesota he first worked as a bus driver and then got a job as a bouncer at the Conga Latin Bistro in Minneapolis, the job that the coronavirus lockdown deprived him of in March. His family and friends spoke of his warmth and helpfulness.

In all the nationwide outpouring of grief for him, however, and aside from his last words as he was being murdered, our television media have not told us very much about him as a person. And so I went looking for his music. He rapped as Big Floyd or DJ Floyd in his twenties with the collective Screwed Up Click, led by DJ Screw.

A chasm of code words and insider language separates us, but I listened over and over again to try to catch at least some of his meaning. He says in one lyric, “welcome to the ghetto” and speaks of the “south side” of Houston (the southeast is an economically depressed part of the city), and rhymes South Sider with spider. He talks of getting high on the “herb.” He speaks of a sort of resurrection. The challenges of poverty, the rage it produces, but the dreams of escape and rebirth, run as themes through his lyrics.

Long before he uttered those fateful words during his last moments, “I can’t breathe,” his lyrics were already expressing the same sentiment.

DJ Screw, with whom he performed, speaks of some of the same themes:

“I represent that Southside, yeah the 3
Hooked up with them boys off that Long Drive
You know we stayin’ playa made
You know we gotta strive
To the T-o-p, that’s the top man”

The 1960s legislation on voting rights and prohibition of discrimination were not enough. Our country needs new laws and policies to lift African-Americans out of the trap of systemic racism. The cumulative effect of poor schooling (because schools are paid for by local districts and are largely segregated), employment discrimination, redlining in the mortgage market, and a whole host of other formal or informal policies are keeping the George Floyds of the world down and distorting their lives, and their deaths. We need to ensure that all school districts are equally well funded. We need a Racial Equality Act in the 2020s.

Big Floyd never escaped the poverty that was his birthright. He never overcame the “haters.” He fell victim to the coronavirus crisis (both contracting it and losing his job) and to the almost casual hatred of a cop with 20 years on the force, in a strange, northern city where he had hoped to make a new life.

But in the national outpouring of grief at his murder and in the nationwide demonstrations it provoked, he finally achieved some of that transcendence he searched for in his youthful lyrics, the sense of resurrection, the sense of finally living a dream. He strove for the top, and if he didn’t get there, we have to make sure the other Big Floyds do.

And now I made myself cry, for this senseless death of a poet I hadn’t known.