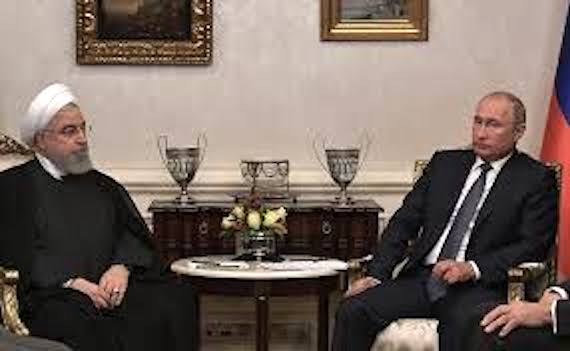 Ann Arbor (Informed Comment) – The Neoconservative wing of the Trump administration, which is dying to drag the United States into a war with Iran, suffered an embarrassing setback on Monday when its latest flimsy scheme crashed and burned.

While the US was prostrate from the pandemic and roiled by protests over police brutality toward African-Americans in particular and people in general, Secretary of State Mike Pompeo and his Special Representative for Iran and Senior Policy Advisor, Brian Hook, had what seemed to them a stroke of genius.

They worried that the Iran deal of 2015 provided for an end to the international arms embargo against Iran on October 18, 2020, assuming Iran kept its part of the bargain.

Iran was in compliance with its obligations under the Joint Comprehensive Plan of Action (JCPOA) even after May of 2018 when the Trump administration abruptly and for no obvious reason breached the treaty. (The JCPOA was signed among Iran and the UN Security Council permanent members plus Germany, not just with the US.)

Trump and Pompeo wanted to invoke a provision of the JCPOA that reimposed international, UN Security Council sanctions if Iran did not fulfill all its obligations. This “snapback” clause would maintain the international arms embargo on Iran past the 2020 expiration date.

As noted above, Lavrov poured cold water all over the US approach, AP says, writing to UN Secretary-General Antonio Guterres:

“We are proceeding on the basis that the United Nations should not become hostage to the political situation in the United States, which has decided to withdraw from the plan. There are no valid grounds for raising in the Security Council the issue of an arms embargo against Iran.”

Russia is in line to sell billions of rubles worth of fighter jets and other weapons to Iran, according to Anton Mardasov at Al-Monitor.

Some observers have suggested that one reason Russian president Vladimir Putin intervened in Syria from 2015 was to make the country’s killing fields a demonstration project for the Russian arms industry. The proven success of Su-30 fighters in rolling back the largely fundamentalist insurgency in that country has made them attractive in the arms markets. Russian anti-aircraft systems are also in demand, including from US allies like Turkey.

So, Moscow is not going to let Trump and Pompeo interfere in this golden money-making opportunity.

In return for mothballing 80% of its civilian nuclear enrichment program, Iran had expected an end to both the UN Security Council sanctions and US sanctions. That did not happen, however, because the Republicans in Congress insisted on continuing to turn the screws on Iran, and when Trump won the White House, he reinforced this hard line. This matters because the United States imposes its own economic and financial sanctions on Iran through the Office of Foreign Asset Control (OFAC) of the Treasury Department. But it also imposes third party sanctions on other countries and their firms if they deal with Iran. No European corporation wants to risk being fined billions or losing access to the US market over a minor little player like Iran.

Iran’s population is 83 million, similar to that of Germany, but its annual nominal gross domestic product is only $460 bn. or so, similar to that of Austria (pop. 8.8 million) and smaller than that of Poland. The US GDP is on the order of $21 trillion.

So Iran gave up everything, all the deterrence that having an active civilian nuclear research program brought, in return for worse than nothing. I say worse than nothing because the Trump administration actually not only increased the sanctions on Iran and made the rest of the world go along, but actually went so far as to forbid trade with Iran entirely, preventing Iran from selling its petroleum. Iran exported 80,000 barrels a day in April according to Reuters, which if true means that Iran is no longer an oil country (in 2018 it was exporting 2.5 million barrels a day).

Iran is, in short, being economically strangled by Trump in the same way that a Minneapolis policeman stands accused of strangling George Floyd. There is no international legal justification for Trump’s financial and trade blockade on Iran. In fact, it contravenes the wishes of the UN Security Council and is contrary to a treaty that the US signed. There isn’t even any Congressional act justifying it. It is just the fiat of an erratic and malevolent former game show host. It is wrong to punish the civilian population for what are essentially war aims.

Iran’s government has replied to this blockade by engaging in civilian nuclear enrichment activities forbidden by the JCPOA. Its violations are relatively minor so far. There is no evidence at all that Iran has a military, bomb-oriented enrichment program. But it isn’t cooperating on its civilian program as it used to before May, 2018, when Trump destroyed the treaty that required that cooperation.

It is grotesque that Trump should toss the Iran deal in the trash can, try to strangle the Iranian public in its crib, provoke an Iranian government backlash, and then use the backlash to argue that the whole world now has to reimpose sanctions on Iran. The end game of this extreme policy is likely war with Iran, whether Trump wants it or not. Trump is unaware of how things can spiral out of control when you put a whole country in a vise this way.

The European Union, Russia and China, all of which want to do business with Iran, are trying to find ways around the Treasury Department threats. Treasury only has jurisdiction over trade in dollars or money transfers through US-dominated banking exchanges. Iran has in the past managed to evade those sanctions by bilateral soft-currency exchanges, e.g. in Indian rupees and Iranian riyals (shortly to be renamed and revalued as tomans). This locks the two parties into buying from one another and is more or less a form of barter. Europe has set up an Instex exchange in euros and has given its officers diplomatic passports to prevent the US from arresting them. China does renminbi trade with Iran via its own banks, and when it has needed and wanted to import Iranian petroleum, hasn’t seemed to pay the slightest attention to US sanctions threats.