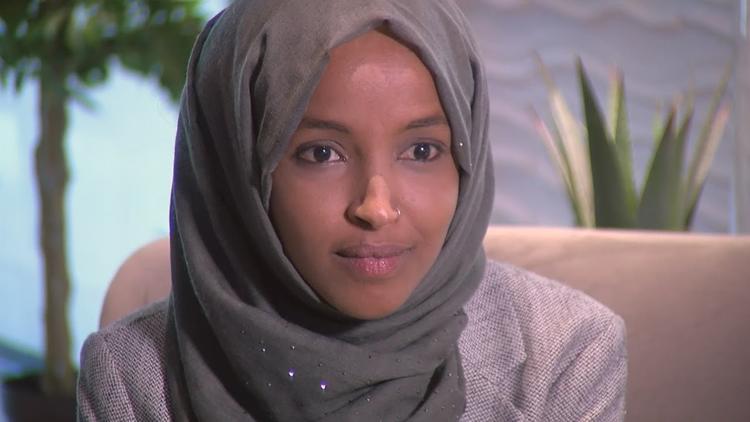 ( Middle East Monitor ) – Pro-Israel lobby groups in the US have come out in force to unseat Ilhan Omar in the August Democratic primary elections. The freshman lawmaker is locked in a bitter race with Antone Melton-Meaux, who is said to be a “moderate” candidate backed by lobbyists.

An investigation by Mondoweiss into Federal Election Commission records and Facebook’s advertising library has found that pro-Israel PACs (political action committees) have injected around $2 million into the race to support their favoured candidate Melton-Meaux, through multiple channels. Some of the most vociferous anti-Palestinian groups, whose political home is normally the Republican Party, have joined forces to oust the progressive Black Muslim woman before the November general election. Minnesota’s 5th congressional district is traditionally held by a Democrat.

The Pro-Israel America PAC, amongst the largest super PAC donors, has given more than $350,000 to Melton-Meaux’s campaign. According to the online election monitoring site Open Secrets, this PAC claims that it “works to strengthen support for the US-Israel relationship” and has spent a total of $1.8 million funding pro-Israel candidates.

Donors to Melton-Meaux, who has been critical of the Black Lives Matter Movement, also include groups run by David Satterfield, a Trump-supporting Middle East diplomat who was once accused of handing classified national security secrets to AIPAC, the American Israel Public Affairs Committee. Trump loyalists are said to have spent around $700,000 on mailshots attacking Omar. Top donors in the PAC include multiple noted AIPAC activists, Mondoweiss has revealed.

AIPAC is also said to be active on Facebook where it recently circulated $663,000 worth of adverts critical of Omar and progressives generally. Other groups, like the American Jewish Congress, for example, are said to have run similar ad campaigns.

Melton-Meaux has also received financial support from another group not usually connected with the Democrats. At least twice over the past few months, a bipartisan group that includes a number of Trump supporters came together over Zoom to talk about why Melton-Meaux is their preferred candidate, reported Minnpost, a local Minneapolis newspaper.

NORPAC, a hawkish political action committee that has worked to promote a hard-line anti-Palestinian agenda in Congress, has held fundraisers for pro-Israel candidates. The group supported President Donald Trump’s withdrawal of America from the Iran nuclear deal and his move of the US Embassy from Tel Aviv to Jerusalem. It’s reported that NORPAC has bundled $150,000 for Melton-Meaux’s campaign.

Despite its reputation as a right-wing group, more allied to Trump than progressives on the left, NORPAC has been brazen about its support for Melton-Meaux. “Together, we have the privilege of accomplishing a dual objective. Supporting a deserving candidate, Antone Melton-Meaux, who has communicated a genuine desire to strengthen the US-Israel relationship and bring honour to his country and party while at the same time replacing [Representative] Ilhan Omar, a highly divisive member of Congress who has proven to be unfairly and repeatedly critical of Israel.”

Asked why he was receiving money from the pro-Israel group, Melton-Meaux responded: “NORPAC is a bipartisan organisation, they support Democrats and Republicans. And the reality is [that] on issues of Middle East peace it will take bipartisan efforts. I really believe that the Israelis and the Palestinians want the same thing.”

Omar’s supporters have questioned the funds received by her opponent while highlighting the organic campaign led by the 37 year old. “Our campaign is supported by a grassroots coalition of people of all faiths, background and ethnicities,” Omar spokesman Isaiah Breen explained. “Right-wing donors are going on the record explicitly declaring their hate for Ilhan and desire to unseat her, using overtly xenophobic language. But we will continue to build an inclusive movement fighting for an America where everyone has their basic rights protected.”

Despite strong-backing from pro-Israel groups, Melton-Meaux, is said to be facing an uphill battle. “I’m not saying he can’t win, because we have seen candidates who have been able to do that, but I would say he doesn’t have a dynamic, visible campaign of shaking things up,” Professor of Political Science at the University of Minnesota, Larry Jacobs, told US Jewish community news site Forward. “His candidacy is practically invisible. Ilhan Omar already has the name recognition, she already has a bloc of voters, she has a campaign structure and is able to mobilise her supporters. He has none of those things.”

A recent poll put Omar 37 points ahead of her rival despite lagging behind the challenger’s huge fundraising efforts. Polling firm Change Research found that Omar had a solid foundation of support, with the “vast majority” of her supporters telling pollsters that they were certain about voting for her in the August primary. Indeed, 70 per cent of primary voters rated her favourably, with 42 per cent saying that they had a very favourable view of the incumbent congresswoman, compared to 20 per cent of voters who rated her unfavourably.

If these polls are to be believed, pro-Israel lobby groups are likely to suffer a second humiliating defeat in three months. Last month, Democratic Congressman Eliot Engel lost his seat to progressive Jamaal Bowman after serving 30 years on behalf of New York’s 16th congressional district. Despite pro-Israel groups spending an estimated $3 million to keep 73 year old Engels in his seat, the staunch supporter of the Zionist state lost to the 44-year-old former educator.

Nasim Ahmed is a writer, author, commentator on the Middle East and political Islam. He lives in London.