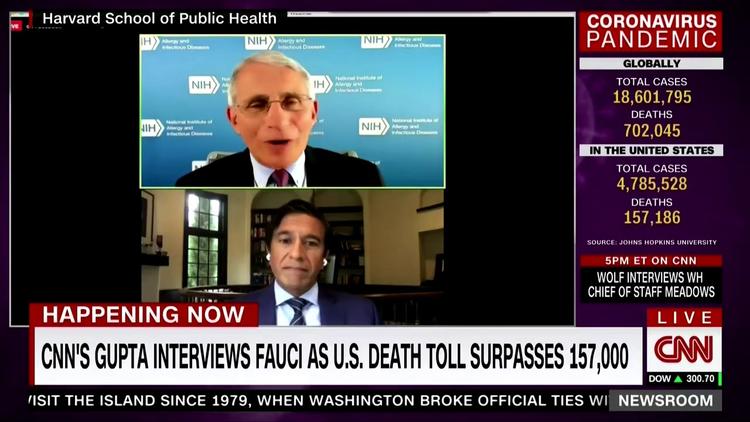 Ann Arbor (Informed Comment) – Trump prides himself for being in office when the US military and its Muslim allies in Iraq and Syria polished off the phony “caliphate” of ISIS or ISIL. When the US military tracked down the ersatz “caliph” Abu Bakr al-Baghdadi and he detonated his suicide vest, Trump crowed,

The keywords here are the murder of innocents and savagery. Americans contrasted the barbaric, fundamentalist, irrationally violent ISIL to their own enlightened culture.

So imagine my surprise when Dr. Anthony Fauci, a member of the White House Coronavirus Task Force and the director of the National Institute of Allergy and Infectious Diseases, said Wednesday at a public video forum via the Harvard School of Public Health,

“The only stress I think more on the children . . . is the really unseemly things that crises bring out in the world. It brings out the best of people and the worst of people. And you know, getting death threats for me and my family and harassing my daughters to the point where I have to get security is just, I mean, it’s amazing. I wouldn’t have imagined in my wildest dreams that people who object to things that are pure public health principles are so set against it, and don’t like what you and I say, namely in the word of science, that they actually threaten you. I mean, that to me is just strange. Other than that, which they are handling well– I wish they didn’t have to go through that.”

Fauci and his daughters are given security by the U.S. Marshals Service.

Raw Story: Dr. Fauci: My family is getting death threats

Let me just underline that. One of our foremost epidemiologists, a man whose talents we desperately need during a pandemic, has been receiving death threats and his daughters have been harassed to the point of needing protection.

It is Americans on the far right and Trump supporters who have made these threats on the lives of innocents. Fauci has also been viciously attacked at Fox News, the Leni Riefenstahl of American Fascism.

So it turns out that a desire to murder innocents and savagery and anti-science fundamentalism are not absent from America, either.

ISIL thugs also issued death threats to a scientist, targeting Dr. Khaled al-Asaad, who headed the scientific mission at the fabled city of Palmyra in Syria’s eastern desert. It had a rich heritage of Near Eastern paganism and was then taken and ruled by Rome for centuries. The city is one of the world’s most precious archeological sites. Queen Zenobia launched her wideranging but ultimately unsuccessful bid to take the Near East from Rome from there in 270 A.D., for a brief moment ruling from Alexandria to Ankara.

Embed from Getty Images
SYRIA – SEPTEMBER 01: Palmyra’s Last Treasures in Syria in September, 2002 – Khaled al-Asaad, the Director of Antiquities and Museum in Palmyra, in front of a rare sarcophagus depicting two priests (they wear the typical cylindrical cap), a father and his son, one with his wife and the other one with his sister. Dating from the 1st century, it is one of the finest sculptures in Palmyra. (Photo by Marc DEVILLE/Gamma-Rapho via Getty Images).

ISIL took Palmyra and captured Dr. al-Asaad. They wanted to destroy the city’s unique architectural heritage, which they saw as works of the Devil. Al-Asaad’s team had carefully hidden them away, and he refused to reveal their whereabouts under torture. In the end they spitefully murdered the 82-year-old scientist. As it was, they used explosives to demolish magnificent structures in the city. 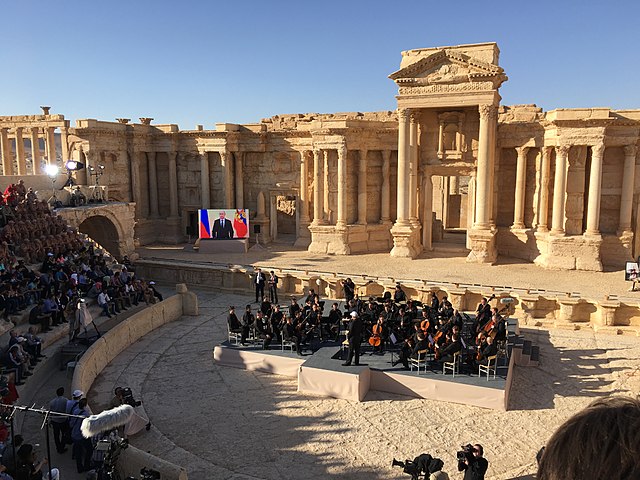 What is the difference between ISIL and the Trumpie thugs who are making death threats against our leading scientists? Is it only that they haven’t actually succeeded in killing a scientist yet? But that isn’t a moral or ethical difference. Intent is the basis for judging character. The U.S. Marshals wouldn’t have been brought in if the US ISIL threats weren’t plausible.