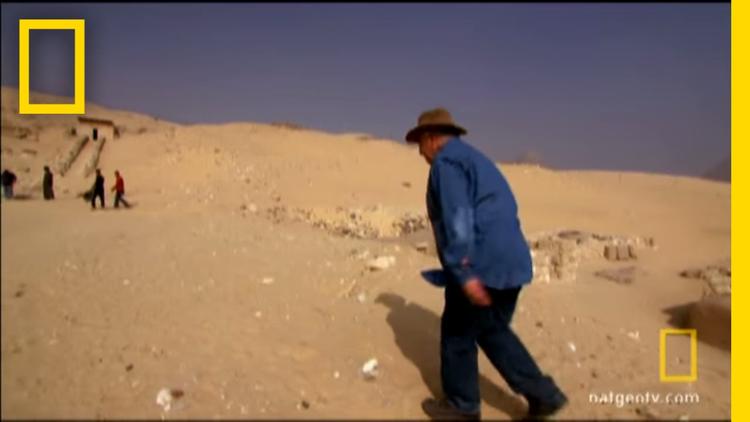 Ann Arbor (Informed Comment) – Egyptian scientists and archeologists replied in a level-headed but firm way to billionaire Elon Musk’s tweet that aliens built the pyramids. It isn’t clear whether Musk was just joking around, though he sometimes talks about the possibility that advanced aliens are watching us, and thinks it statistically possible that alien civilizations, traveling at 10 percent of the speed of light, could have colonized space extensively over 10 million years.

I am amused by the exchange because it reverses stereotypes. Musk is the founder of SpaceX and the electric car company, Tesla, and so is closely associated with the world of science and hi-tech. But he said something superstitious and backward.

He was replied to by Egyptian archeologists at the cutting edge of scientific discovery.

Moreover, as Sarah E. Bond has argued at Hyperallergic, theories of aliens constructing ancient buildings and artifacts in Afro-Asia were tinged with racism. I’m not saying that Musk intended any such thing, but these wild theories have the effect of robbing non-European civilizations of their achievements. Bond points out that one of the first to put forward such an idea, albeit as fiction, was science fiction writer Garrett P. Serviss, who published Edison’s Conquest of Mars in 1898.

It is this diminution of Egyptian greatness that caused the archeologists and scientists there to react so swiftly to Musk’s Tweet. Egypt today is only like 128th in the world for nominal GDP per capita out of 186 countries measured by the IMF, being poorer than Bolivia or the Philippines. Since the 1973 war with Israel, which was fought to a draw, it has largely withdrawn from regional geopolitics, and though it has a well-equipped army, it hasn’t fought any wars for a very long time. Egypt is having unusual difficulty in doing anything that the IMF or the World Bank would recognize as significant “development,” which is to say that it has economically stagnated. That was one reason for its 2011 youth revolution.

So, Egypt’s highly significant contributions to world civilization are something it has going for it, and being robbed of any of them by someone from the First World is painful.

The ancient Egyptians, of course, built the pyramids. The tallest and oldest of the Giza pyramids is that of Khufu (d. 2566 BC), popularly known as Cheops. It was the tallest building in the world until a cathedral finally outstripped it in Europe in the 1300s AD. The pyramids were built as tombs for the Pharaohs. I lived about four years of my life in Egypt and have visited Giza on several occasions.

In the 1990s, archeologists actually discovered the cemetery of the builders themselves. By the way, they were skilled craftsmen paid a good wage, not slaves, and some of their papyrus documents were recovered. Some were bakers, others were brewers of beer. There is evidence that one of them was operated on for brain cancer and he lived for a couple of years afterwards. Thousands of them worked for thirty years on the project. Anthropologists posit that the laborers were recruited from villages in the region of the planned buildings.

Builders of the Pyramids | National Geographic

Internal ramps were used to raise the pyramids, and 3-D models of their interiors are now being programmed that will shed light on the ramp technology:

That Musk allows for the possibility of aliens is not illogical, though attributing the pyramids to them is.

Given that there are 100 billion to 200 billion galaxies in the universe, and each galaxy has 100 billion or so stars, it has long struck thoughtful observers that it is highly unlikely that human beings are the only intelligent life out there. The discovery by astronomers of earth-like planets only heightens these odds. The problem is that civilizations should produce electromagnetic signals (our own radio and television broadcasts are going out into space at the speed of light), but we haven’t detected any such thing. It seems to take 4 billion years on an earth-sized planet around a G-type yellow star for intelligent life to evolve, and my guess is that for some reason the requisite conditions weren’t present in the early universe, which is 13.8 billion years old. So, human beings could just be one of the first to make it this far. We’re doing our damnedest, between brandishing hydrogen bombs and heating up the planet with carbon dioxide, to drive ourselves extinct, and it may be that high intelligence is itself hard for a species to survive.